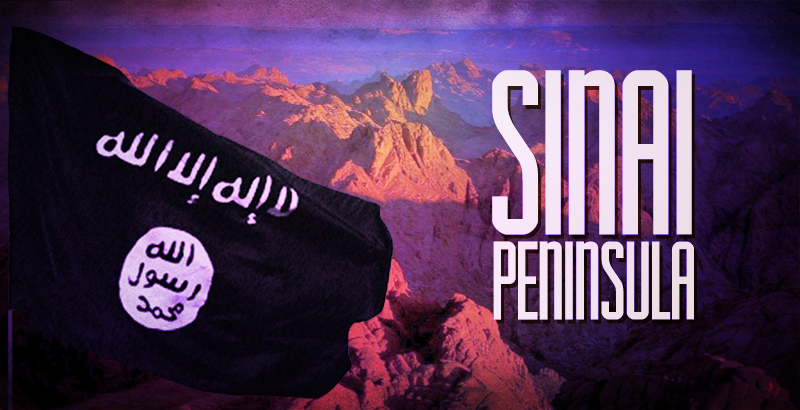 The security situation is still tense in the Sinai peninsula despite the anti-terror efforts of Egypt’s authorities. On April 19, militants launched a rocket at vehicles of the anti-terror units in the area of Sheikh Zuweid. The attackleft 20 personnel either dead or injured, according to a statement issued by the militant group.

The security forces confirmed that 3 soldiers were killed and 8 injured. On April 27, the attack claimed lives of 3 policemen in the city of Al-Arīsh in the North Sinai province. On May 15, a police conscript was killed and an officer wounded when an improvised explosive device (IED) went off as a police patrol vehicle was driving through Al-Arish.

The North Sinai province has been in a state of emergency since 2013. Recently, President Abdel Fattah Al-Sisi issued a decision to extend the state of emergency for another three months, after it was last extended in January 2016.

After all, the issue of militancy in Sinai is more relevant than ever. It seems Egypt’s efforts aren’t enough yet to break the negative trend of the land mine warfare, arms and other goods smuggling in the region. The peninsula’s harsh terrain and lack of natural resources have left it relatively unpopulated and underdeveloped, making it an ideal place for this.

Thus, the local tribes cooperate with militant groups, gaining a significant revenue from the ongoing Israeli-Egyptian blockade of the Gaza Strip. The Egyptian authorities have been making attempts to involve the tribes into the alliance against the militants. However, today, the dividends from the cooperation with the government is less than the dividends from the arms smuggling.