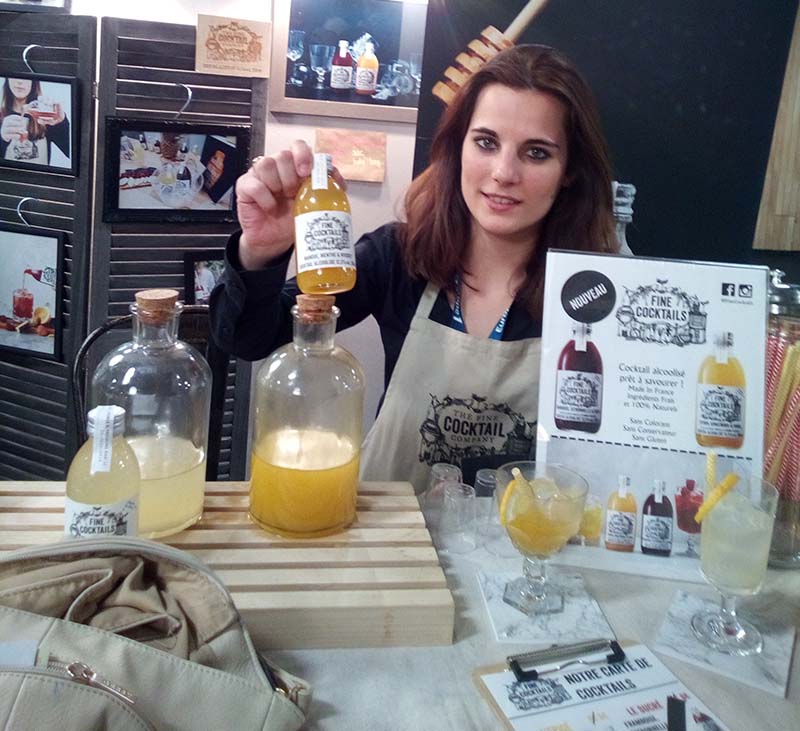 (Porte de Versailles, Paris, France) -This year the Foire de Paris, created 112 years ago, held from April 29 – May 8,2016 at the Porte de Versailles Convention Center was an event for people to come to shop, learn and enjoy entertainment. It was a profitable event as visitors spent  2.5 million Euros each day. Eight visitors out of ten  purchased goods. It is estimated that 93% of the visitors came to see new items. This year 518,244 attendees attended to purchase items that they purchased at previous Foires de Paris but could not find in their regions in France, to get  bargains at  see new innovations, buy jewelry, beauty  and food products, wine and other alcoholic beverages  and enjoy musical groups. The focus on young entrepreneurs featured 73 young start up companies.

Exploria whose slogan is  ¨Explore the Future¨  presented  an interactive robot named Sheldon who welcomed visitors.  An space of 400 square meters  was devoted to robots:  3 humanoids, 2 drones and 1 exoquette. Visitors marveled while  being served drinks at  the first bar hosted by robots. A game ¨Be the Robot¨ where players could control the robots’ movements was fun.

The Basque region presented their  sport pelotte Basque  ,played with a ball, for the first time at Foire de Paris   There was initiation and tennis pelotte with chistera, bare hands and  with leather balls.. The sport was sponsored by Ligue de l’Ile de France and the Féderation Française de Pelotte Basque.

An electric car that can be driven by those born before 1988 without a driver’s license was on display. It is for trips around the city and does not have high speed for highway driving.

One special area composed of 150 exhibitors was the ¨Do It Yourself or DIY¨area. These stands featured colors, advice and things to achieve household designing projects, sewing, cooking, knitting and gardening.

A  special ironing table that does ironing without an iron made by a company Clean Vap was on display and people were  fascinated  as the demonstrators showed how to press garments without irons.

An exhibitor with a  convincing showman’s style  sold many many Magic Mops that have the unique  feature of wringing out the water. He spilled liquids on the floor and intrigued the audience crowding the aisle to watch  as he showed how the Magic Mop was effective in absorbing  liquids and foods including ketchup  and then pumped and  twisted the special  handle to wring out the liquids. The crowd heard that it costs 10 Euros at the show for the mop and 5 Euros for the refill head and about 19 Euros just for the Magic Mop plus shipping if ordered on the internet. He sold many with handles in different colors such as rose, yellow, green and blue. He was  a good salesman and and presented only ten Magic Mops  for sale. He asked the interested buyers to raise their hands. Of course more were available. Some customers had bought the mop in previous years. Those buyers,  we  spoke to were happy with their Magic Mops.

On May 6 there was a conference on architecture which included  the energy efficiency and on May 7, a conference from the regional consul of the Ile de France was presented with the theme of how to choose and work with an architect.

During the Foire, there was  music and dancing in the aisles.  Over fifty musical acts from Guadalupe, Martinique, Reunion, Polynesia  Haiti and Guayan were performed

There were two special night events when the admission price was reduced to 5 Euros.

May 3 was a night for shopping and also musical entertainment. With the musical theme for the Foire de Paris this year  Festival Tropiques en Fête this night of Carnival Tropical featured an orchestra conducted by Thierry Fanfant with zouk music.  ¨Before Kassav¨ a group directed by Chiré Douvan with well known musical talents performed.

May 6  was another special night with the same reduced price admissions. The  group soirée Bodega from the Basque region performed.  Also the shopping continued. There was also dancing in several aisles.

Gourmet food and beverages were specialties Many unusual beverages including fruit cocktails with alcohol  such  as the unique Fine Cocktails  a start up company started by Clarisse and Carrine which produces  four varieties lemon, ginger and vodka, raspberry, lemongrass and vodka, lychee, ginger and gin and mango, mint and Irish whisky. The bottles are 200 ml. which is easy to prepare- just serve over ice.

Foire de Paris 2016 was a  unique, innovative, educational and enjoyable event. The next foire is the Foire d’Automne on October 21, 2016.