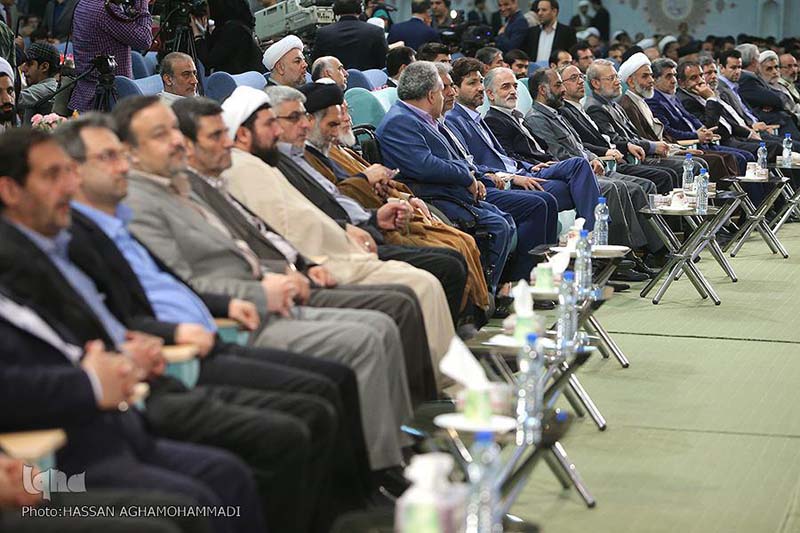 Iran’s 33rd International Quran Contest kicked off on Wednesday, May 11, and will run until Tuesday, May 17.

Tehran is hosting the 33rd International Quran Competition with representatives from over 70 countries taking part in it.

The ceremony was hosted by Imam Khomeini (RA) Mosalla (prayer hall) with a number of senior officials, including Parliament Speaker Ali Larijani in attendance.

Next, Hojat-ol-Islam Mohammadi, head of the Awqaf and Charity Organization, the event’s organizer, in an address welcomed the foreign contenders and thanked God for the opportunity for Iran to host representatives of over 70 countries in the contest.

He said the Quranic event helps promote the Quranic atmosphere in Iran and elsewhere in the Muslim world.

He also underlined that the competition has been based on Islamic unity, and hence comes the motto of this year’s contest:”One Book, One Ummah”.

The contenders in the two categories, namely memorization and recitation of the Holy Quran,  started their competitions on Thursday.

The international contest will run until Tuesday, May 17.

Iran is being represented by Hamed Valizadeh in the category of recitation and Mojtaba Fard Fani in memorization.

17 Quran experts from Iran and a number of other countries, including Iraq, Pakistan, Indonesia, Syria and Yemen, form the competition’s panel of judges.