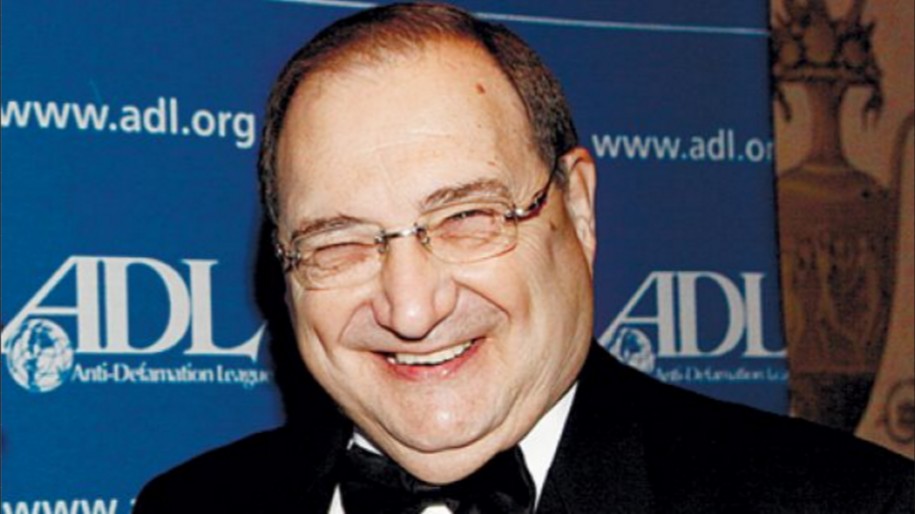 It’s surprising that such a serious subject would only be “blogged.”  But let that go.

For decades the ADL has been colluding with Turkey to defeat Armenian Genocide resolutions in the U.S. Congress and to avoid acknowledging that genocide.  For an organization that loudly espouses human rights and insists on Holocaust recognition and legislation, the hypocrisy has been breathtaking.

Just imagine the ADL’s reaction had some Armenian American organization questioned the Holocaust and lobbied against Holocaust-related legislation.

Jewish and Israeli media have long candidly conceded that Turkey, Israel, the ADL, and groups such as the American Jewish Committee, B’nai B’rith, AIPAC, and others had mutually agreed to help Turkey stop U.S. acknowledgment of the Armenian Genocide.  See NoPlaceForDenial.com, “Press Kit.”

Consider Yola Habif Johnston, a director at JINSA (Jewish Institute for National Security Affairs).   In 2006 she explained that for over 15 years “the Jewish lobby has quite actively supported Turkey in their efforts to prevent the so-called Armenian genocide resolution from passing.”

The general public became aware of the ADL’s hypocrisy in the summer of 2007.  As a result, over a dozen Massachusetts cities – including Arlington, Belmont, Medford, Newburyport, Newton, Northampton, Peabody, Somerville, and Watertown – cut ties with ADL “anti-bias” programs such as “No Place for Hate.” So did the Massachusetts Municipal Association, which represents every city and town.

Human rights advocates and many principled Jewish Americans and Israelis blasted the ADL. They also rejected ADL National Director Abraham Foxman’s ambiguous statement that what happened to Armenians was merely “tantamount” to genocide.  Hundreds of editorials and articles nationwide and around the world exposed the ADL.

But New England Regional Director Andrew Tarsy soon recognized the Armenian Genocide.  Foxman immediately fired him.  Tarsy was rehired, but later resigned.  He has since criticized the ADL.  Greenblatt’s recent statement, says Tarsy, should have gone further: “Assets, land, money, family heirlooms … everything that Holocaust reparations has represented … should be on the table” for Armenians too.

In 2007 Foxman arrogantly declared that the Armenian genocide doesn’t belong “in the U.S. Congress or the parliament of any other country.”  Yet Canada, France, Switzerland, Uruguay, the Vatican, a UN sub-commission, the World Council of Churches, the European Union Parliament, and many more have all acknowledged the Armenian Genocide.  What brought about the ADL’s seeming reversal?

After reading about this in March, I contacted Armenian American organizations and individuals.  Newton Mayor Setti Warren and many of the city’s citizens and officials were made aware that Newton was breaking its 2007 promise.

Only under renewed pressure and unwanted scrutiny did the ADL and Greenblatt issue their May “blog” post.  Greenblatt’s statement that “We would support U.S. recognition of the Armenian Genocide” is a bit suspicious, however, given the ADL’s past word games. Why not “do support” or “will support” rather than “would support”?

Moreover, the official Armenian American website NoPlaceForDenial.com has long contained this demand: “The ADL must support U.S. affirmation of the Armenian Genocide, as it does with the Holocaust.”

In partial atonement, will the ADL lobby as hard for the Armenian Genocide resolution as it has for Holocaust legislation?  Highly doubtful.  Sadly, two American organizations — the Armenian Assembly of America and the Armenian National Committee of America – have taken the ADL’s bait.   But many Armenian Americans have not.  They’re protesting the obvious sellout.

While the ADL claims to be concerned with human rights and genocide, it has for decades consciously and grievously hurt not only the Christian Armenian people but also the cause of genocide recognition and prevention.

The ADL, therefore, also owes an explicit public apology to Armenians and human rights and genocide prevention organizations.  In 2007, Abraham Foxman did apologize, but not to Armenians.  He apologized to Turkey because the publicity surrounding the ADL – Turkey collusion had embarrassed that country.

The ADL must also make public the agreements and documents that created and sustained the genocide denial pact among itself, Turkey, and Israel.

Other organizations, including B’nai B’rith and the American Jewish Committee (which has since apparently accepted the factuality of the Armenian genocide and claimed it would support a Congressional resolution on it) should do the same.  They owe it to the American people and their consciences.

As Yogi Berra, the late, great New York Yankees catcher, famously noted, “It Ain’t Over till It’s Over.”

The author is an Armenian American freelance journalist. Many of his articles are archived at http://www.armeniapedia.org/wiki/David_Boyajian