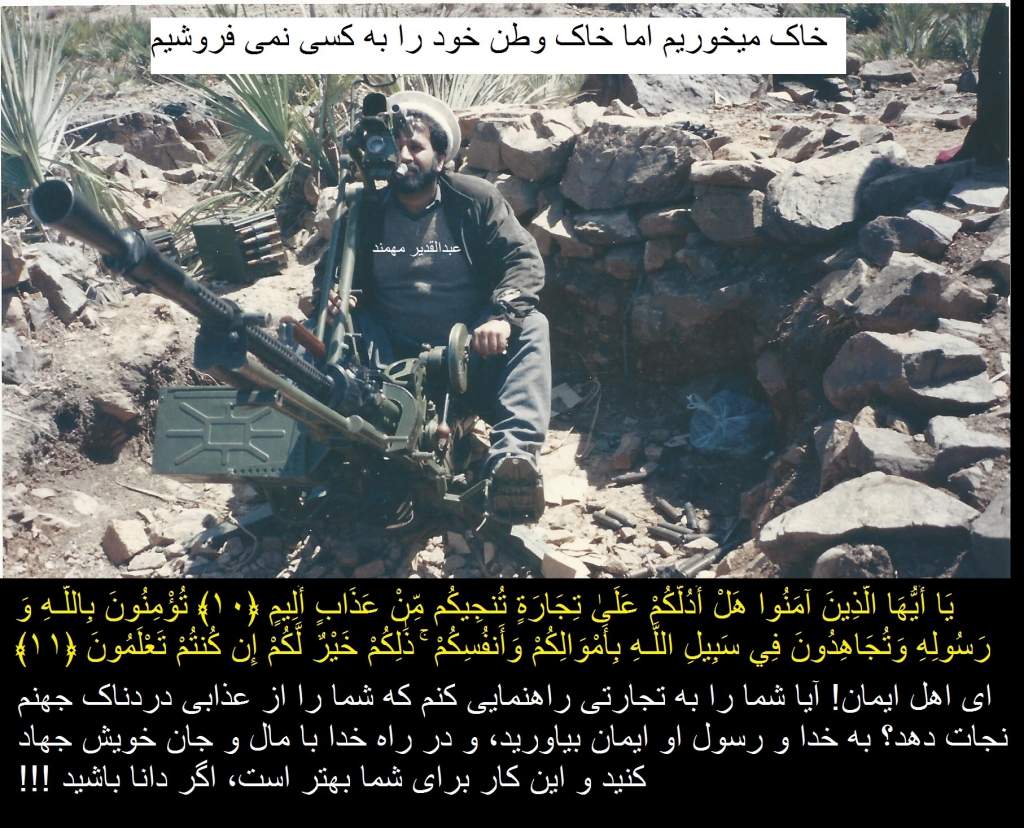 To the Honorable Members of the U.S. Congress:

On May 10, 2016 in a press release, the U.S. Secretary of Defense, Ash Carter, stated that “In the counter terrorism operation targeting Al Qaeda operatives…” the U.S. special operations forces and Afghans teamed together to free a Pakistani, Gilani, who is the son of a Pakistani politician. Once again the United States government is spreading propaganda to keep the war going so that it can remain in Afghanistan for decades to control the Rare Earth Elements (REEs) and have a new outer defense perimeter in Central Asia. It is a fact that Al Qaeda and ISIS are not in Afghanistan. All of these “so-called Al Qaeda operatives” are drug traffickers and other Afghan thugs fighting with the CIA paramilitary and the U.S. funded private mercenaries/contractors over control of the billion dollar drug trade. They are the ones raping, killing and terrorizing Afghan villagers. The U.S. Congress needs to conduct an independent investigation regarding this issue. Congress does not need to be the belly dancers of the war profiteers and war mongers. 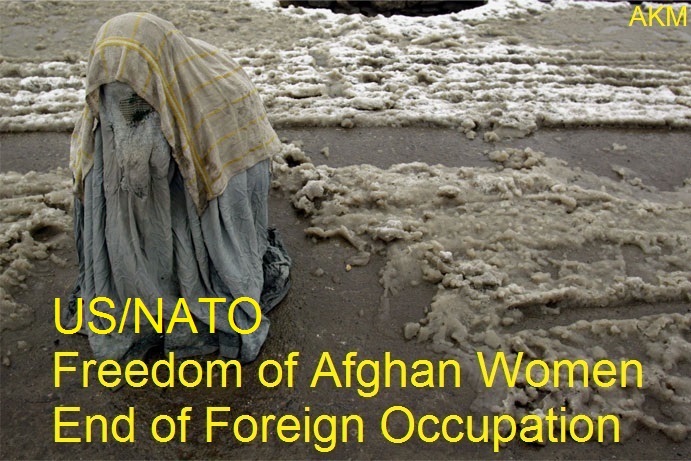 After fifteen (15) years, the U.S. government has not been able to win the war in Afghanistan. I strongly believe that the United States government soldiers, and “selected” house slaves, the Afghan puppet administration, cannot fight the Afghans Freedom Fighters themselves on the ground so the U.S. is resorting to bombardment, drones, and mercenaries against Afghan civilians, the villagers, and terrorizing innocent Afghans in order to try to hold back the Afghan Freedom Fighters. The U.S. is using Afghans to kill Afghans. The Afghan villagers only want independence, an end to foreign occupation and an end to “selected” corrupt, puppet Afghan administrations, who consist of war profiteers and communist war criminals, like Rashid Dostum, first vice president. It is shameful that the U.S government continues to wage this dirty war and “select” and fund its corrupt Afghan puppets/house slaves.

Once again, during this past month, documented communist war criminal Rashid Dostum, First Vice President of Afghanistan, the United States’ CIA-paid Uzbek thug, is in Northern Afghanistan in Saripul Province raping and killing along with his CIA partners Pashtun villagers, who are the minority in this area in the north, but the majority native ethnic group in Afghanistan. These are war crimes. The United States through its agents is committing ethnic cleansing of Pashtun. This deliberate killing of the Pashtun is genocide. The Pashtun are the native and largest ethnic group. The U.S. Government, which has selected and installed the Afghan administration, its house slaves, needs to remove Rashid Dostum from his position as First Vice President and prosecute him for war crimes. Congress has a legal and moral responsibility to stop this genocide, massacring, torturing, raping and slaughtering of several hundred thousand innocent Afghan villagers. 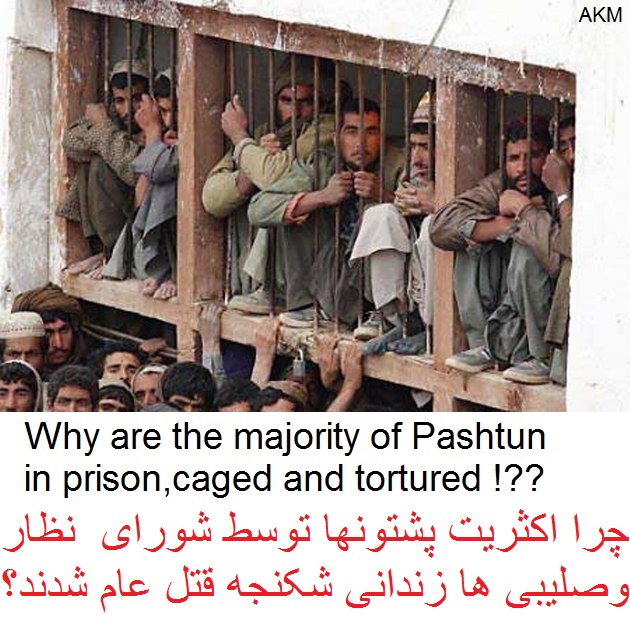 The U.S. Government’s has a failed foreign policy in Afghanistan. The perpetuation of this ugly war by the Pentagon and CIA has resulted in systemic and rampant corruption and tremendous suffering and loss of life, which has only benefited the war profiteers. The U.S. war in Afghanistan is the longest one in U.S. history. As history has shown, Afghanistan is the graveyard of superpowers. Now the United States is stuck in the graveyard of superpowers. This war can never be won. Only the war profiteers win. Congress needs to find a way to honorably remove the United States from this war. The Department of State’s four-way talks will not end this war.

Besides the U.S. propaganda regarding Al Qaeda and ISIS in Afghanistan, the American public has been misled about the success of reconstruction in Afghanistan. The U.S.’s several trillion dollars of donor monies went to fund reconstruction in Afghanistan and to continue the war. A good portion of these monies were misused, stolen and ended up in the personal bank accounts of the war profiteers. The war profiteers, who want to keep the war going. They do not want peace in Afghanistan. Along with the war mongers in the Pentagon, these participants want the war in Afghanistan to continue so that they can continue to profit. The U.S. Government has SIGAR to investigate the corruption. However, one of the recent reports by SIGAR is very interesting but it is just the tip of the iceberg. Really SIGAR’s effectiveness and impact on the corruption are very miniscule.

Everyone knows about the Kabul Bank corruption, but the Afghanistan Ring Road project is an example of extensive corruption where war profiteers have absconded with the monies, while not finishing the project. For example, the ECCI and METAG joint venture for a total of $477 million dollars, was contracted to complete the ring road from Qaisar to Laman in Northern Afghanistan. Yet this joint venture did not finish the job, but these war profiteers received the money. Congress should ask the Department of State about the corruption tied to the Afghan Ring Road.

The U.S. Congress must cut the funds for reconstruction in Afghanistan until it can thoroughly investigate the corrupt war profiteers and prosecute them. I believe an investigative team completely independent of and detached from the Pentagon, CIA, State Department, U.S. AID and the U.S. installed Afghan administration needs to immediately be given authority to investigate this corruption. The U.S. government has a responsibility to stop the funds. If the funds stop, the war will stop because these war profiteers are not making any money.

Please allow the Afghan Americans who are not war profiteers, to be the bridge to bring reconciliation among Afghans and true peace and stability. I believe the majority of Afghans do not want the U.S. government to occupy and continue to interfere in and control Afghanistan only the war profiteers want it to continue. Foreign countries and Afghanistan’s neighbors must stop interfering in Afghanistan’s internal affairs. Also, I believe the majority of Americans do not want this longest and most expensive war and occupation to continue. I strongly believe that the only route to peace is if the U.S. government holds direct, one- on -one talks with the Afghan Freedom Fighters. As I have informed the Department of State many times, I along with many other educated American Afghans, who are not war profiteers, are willing and able to be at the table to bring peace and reconciliation to honorably end this ugly and dirty war for both sides. U.S. Congress needs to cut the funds for Afghanistan and end this war, which is filling the pockets of war profiteers and emptying the American coffers. Stop these war crimes now.