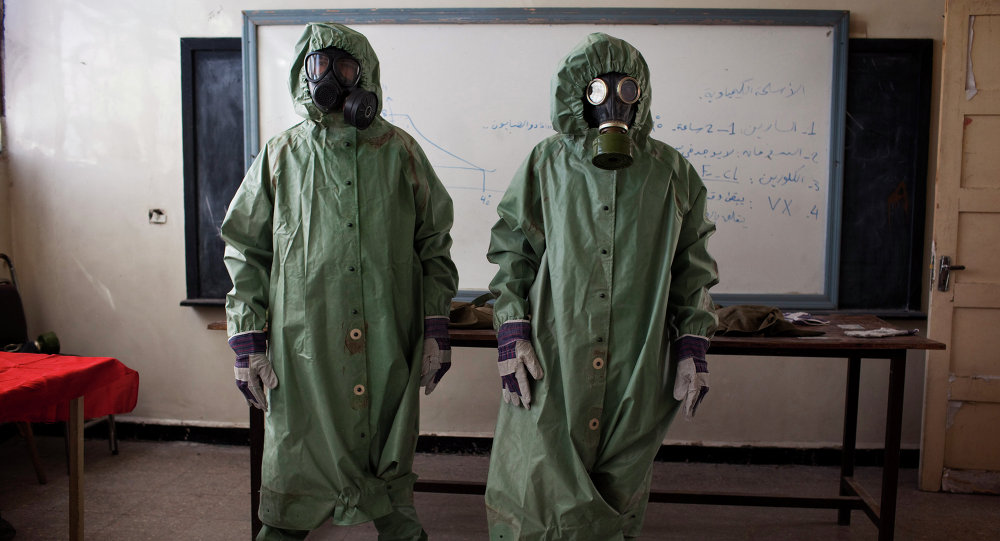 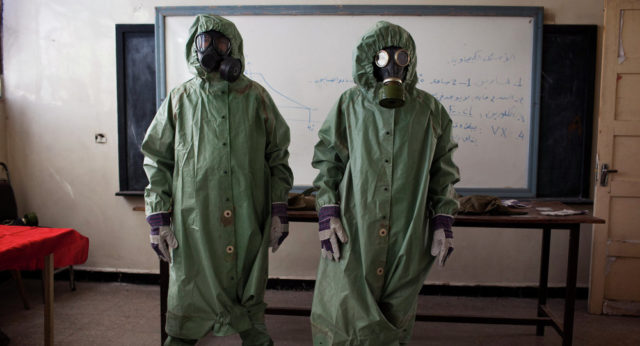 [ Editor’s Note: The US coalition response to these chemical weapon attacks, always rising after Daesh gets pushed out of territory they have held, can only be described as tepid at best. VT has published a series of articles about this deadly chemical weapons flow, and no one in corporate media, politics or national security has shown us any interest in learning more.

I assume that they fear what would be revealed that we already know — if and when Western allies participate in terrorism against acceptable targets, then that information becomes a classified national security issue and never acknowledged.

I don’t remember a single public call from anywhere for any Congressional investigations, or big media demands on Washington to reveal what intelligence the US has about who is originating and facilitating the attacks. What they did was a lame attempt to pin in on Assad.

VT’s reporting on that hoax has not been officially confirmed — that the chemical fingerprint of the Sarin from the attack forensics did not match what was known to be in the Syrian stockpile.

When the bad guys see a “stand down” of this magnitude, it spurs them on to do more of these attacks.

And then back at home, we all witness the mega issue of state-sponsored terrorism never be aired in any national discussion, but wonder why nothing is done about it. As I have lectured here many times, this is not the fault of individuals primarily, but of all our organizations and civic institutions, which have taken it upon themselves to consider this paramount security issue as none of their business.

This sets the extremely negative example of “non leadership” — in that, if all of the organizations are afraid to take this on, what can an individual do? If anyone knows of this issue having been brought up for a resolution at any organization’s national convention, please let me know in the comments, as I know of none…  Jim W.  Dean ]

A senior European official says Saudi Arabia is providing the al-Qaeda-affiliated Nusra Front in Syria with chemical weapons. Secretary of the European Department for Security and Information (DESI) Haitham Abu Said said the terrorists regularly use the munitions in their attacks against Syrian civilians.

Abu Said said the ammunition are being supplied to the extremists every month under a plan drawn up in Bulgaria, and sneaked into Syria through the Jordanian border.

He said Nusra Front terrorists have used weapons containing chemical agents against Syrians on a number of occasions, most recently in the strategic northwestern province of Aleppo. International organizations, he said, have documented several such incidents in the past.

“The arms are said to contain chlorine-based toxins,” the ministry said in a statement.

On May 3, Director General of the Organization for the Prohibition of Chemical Weapons (OPCW) Ahmet Uzumcu said Daesh might have used chemical weapons both in Iraq and Syria.

Uzumcu said fact-finding teams from The Hague-based watchdog had discovered evidence that suggested the use of sulfur mustard in attacks in the two crisis-hit Arab countries.

“Although they could not attribute this to Daesh… there are strong suspicions that they may have used” chemical weapons, Uzumcu said.

On April 7, 23 people were killed and over 100 others injured in a chemical attack by Daesh terrorists against members of the Kurdish People’s Protection Units (YPG) in Aleppo.

Syria’s al-Ikhbariyah television said Monday that Daesh had fired a barrage of rockets, carrying mustard gas, at a Syrian military airport in the eastern city of Dayr al-Zawr.

According to the Syrian-American Medical Society, Daesh has carried out more than 160 attacks involving “poisonous or asphyxiating agents, such as sarin, chlorine, and mustard gas” since 2011.

At least 1,491 people have been killed in the chemical attacks.

In August 2013, hundreds of people were also killed in a chemical attack in the Ghouta suburb of Damascus. According to reports, the rockets used in the assault were handmade and contained sarin.