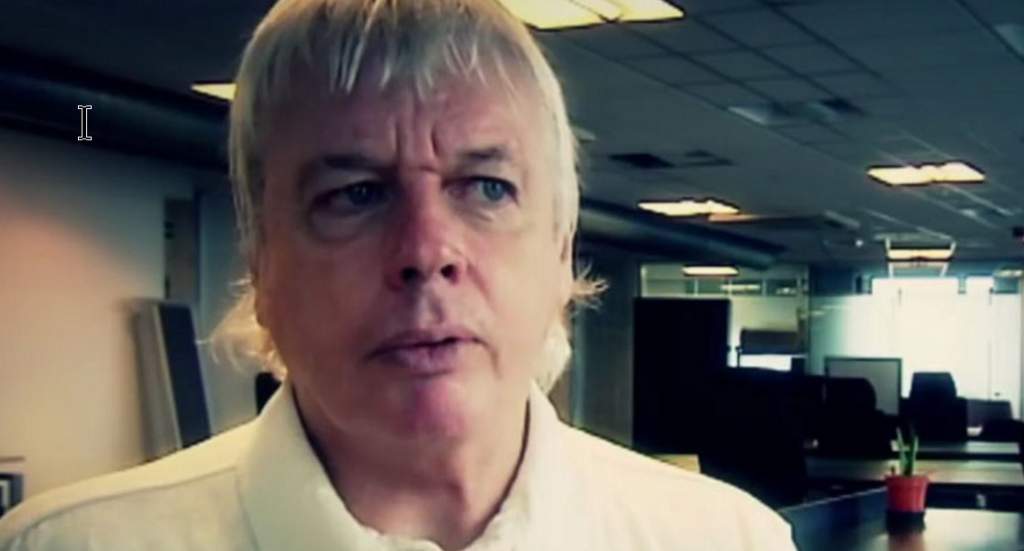 The BBC sports presenter turned lonewolf investigator is well known for his controversial theory that world leaders and the royal family are in fact an ancient race of reptilians from outer space.

However, he also mentioned less outlandish conspiracy theories, such as the recent revelation that Prime Minister David Cameron was working with big business to keep Britain in the EU while publicly saying he was still on the fence.

Icke sells out venues across the UK with conferences with talks covering everything from Western foreign policy to 9/11 conspiracy theories.

In an interview with the BBC’s This Week, Icke defended the outlandish reptilian theory.

When Neil asked: “Do you still think the Royal Family were shape shifting lizards?”

Neil then asked Icke if he still wanted people to believe that 9/11 is a conspiracy.

“I can see the point that you might that you have some questions about 9/11, but if you also think that Buckingham Palace is inhabited by lizards, it kind of undermines you,” Neil said in bemusement.

However, Icke defended his claims.

“It’s not that simple. The whole big back story before you get to what I’m saying, if you deliver it in one line – ‘the world is run by reptiles’ – you meet on one level, ‘Oh that’s crazy’ – immediate reaction.

“But when you see the back story and the evidence to support this, ancient and modern, you see that one throwaway line in a completely different context.”

Earlier in the interview, Neil pressed Icke to give recent examples of conspiracies in the world.

“Ironically, we’ve had [Chancellor] George Osborne this week trying to ridicule conspiracies, involving the EU by likening them to believing in the Loch Ness monster,” Icke said.

“And in the same week, we’ve had the Daily Mail exposing the PM for conspiring, in effect, with big business to frighten the public into staying in the EU, while publicly, to Parliament as well, saying he would come out if the negotiations, renegotiations, don’t work.”

Cameron was accused of being “knee-deep in a conspiracy” to keep Britain in the EU after a leaked letter reveal he discussed the ‘remain’ campaign with security firm Serco’s CEO Rupert Soames when he was still officially on the fence over Brexit.

In the letter, Soames promised to “mobilize corporates” for the Remain campaign and urge them to mention the risks of Brexit in their annual reports, to be published before the June 23 referendum.

“George Osborne accused the ‘leave’ campaign of inventing conspiracies. Now we see that David Cameron is knee-deep in one,” Stuart said.