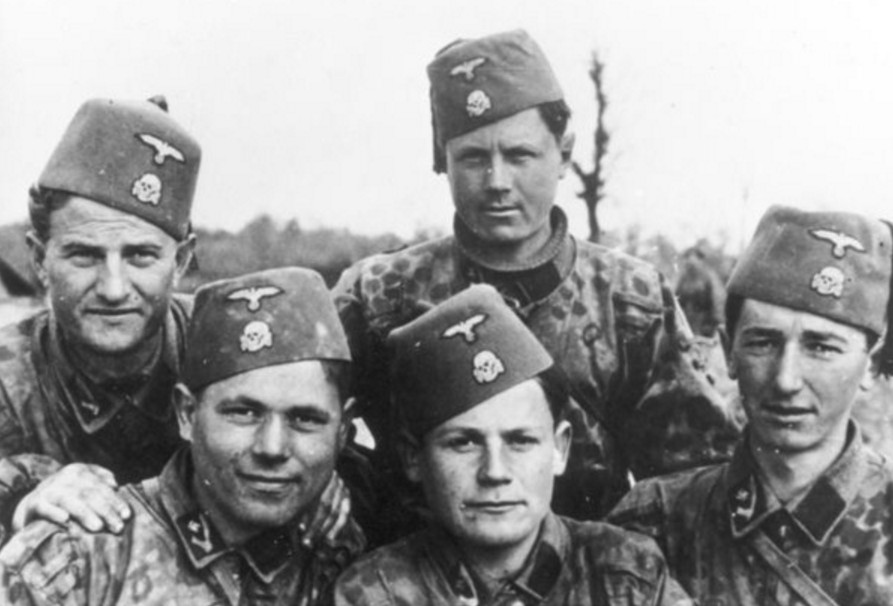 In April-May of 1944, the Crimean Tatar battalions took part in battles against the Red Army in the Crimea. The units that were evacuated from the Crimea in June 1944, were compiled into the Tatar mountain-Jaeger three-battalion SS Regiment. A month later, the group became the first Tatar-mountain-Jaeger SS Brigade (2,500 troops) under the command of SS Standartenführer Fortenbah. On 31 December 1944, the unit was disbanded to become a part of the East Turkic branch of SS as the Crimea battle group: two infantry battalions and one hundred horses.

German Field Marshal Erich von Manstein testified: “Most of the Crimean Tatar population was very friendly to us. We could even form armed self-defense companies from the Tatars, whose task was to protect their villages from guerrillas that were hiding in the mountains. The powerful guerrilla movement appeared in the Crimea from the very start, and it was causing us great trouble. The reason for the movement to appear was the fact that there were many Russians among the population of the Crimea, in addition to the Tatars and other small ethnic groups.

“The Tartars stood on our side at once. In December 1941, Muslim Tatar committees supporting the German occupation administration were established in the Crimea. The Central Crimean Muslim Committee started working in Simferopol. Their organization and activities were carried out under the direct supervision of SS. Subsequently, the committees were handed over to the SD headquarters. In September 1942, the German occupation administration banned the use of the title word “Crimean,” and the committee was called the Simferopol Muslim Committee. In 1943, it was renamed to the Simferopol Tatar Committee. The committee consisted of six departments: for the struggle against Soviet partisans, for the formation of volunteer units, for assisting the families of volunteers, for culture and propaganda; for religion, for maintenance and chancellory.”

The original program of the committee stipulated for the creation of a state of Crimean Tatars in the Crimea under the protectorate of Germany, with its own parliament and army. However, in the winter of 1941-42, the German command made it clear that it did not intend to create any public formation in the Crimea. The Nazi plan was to make the Crimea a part of the Reich as the imperial land Gotenland.

In October 1941, the establishment of volunteer units of the Crimean Tatars was started. The main task for them was to fight the guerrillas. Prior to January 1942, this process was going spontaneously. Yet, after Hitler officially sanctioned the recruitment of volunteers from among the Crimean Tatars, more than 8,600 volunteers were recruited in January 1942. As a result, 14 self-defense companies were formed.

Tatar volunteer corps were implementing mass executions of Soviet citizens. They were free in their actions in matters of punitive activity. To escape from their violence, Russian-speaking residents of the Crimea would at times seek assistance from the German authorities. In March 1942, there were 4,000 people serving in self-defense companies, while another 5,000 were in the reserve. Battalions of auxiliary police were then formed from those companies (eight such units had been formed by November 1942. Two ore battalions were formed in 1943.

In the summer of 1944, in Hungary, the remnants of the Crimean Tatar units were used to form the Tatar mountain-Jaeger SS Regiment, which was soon reorganized into the 1st Tatar mountain-Jaeger SS Brigade. The brigade was disbanded on December 31, 1944 and converted into the Crimea battle group that subsequently merged with the East Turkic SS branch. The Crimean Tatars that did not join the Tatar-Jaeger SS Regiment, were sent to France, where they enrolled auxiliary anti-aircraft defense services.