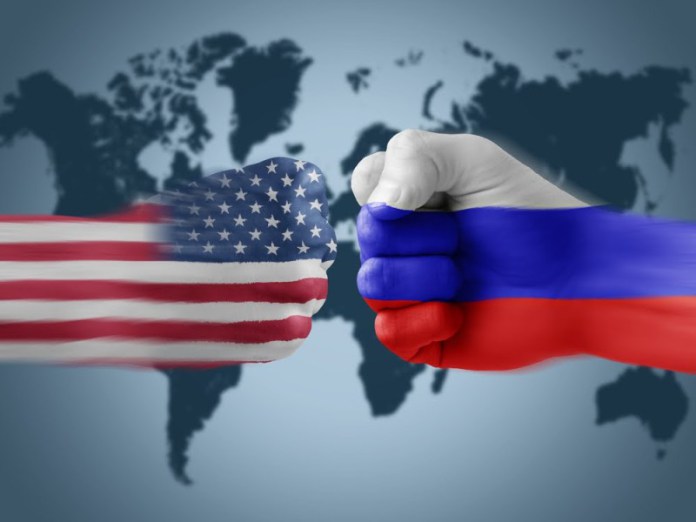 [ Note: This NATO Russian Bear Scare has become a sad comedy, with some of the silliest propaganda that we can image being trotted out to justify the NATO expansion.

The only slick part of it is that they never really justify the threat. They just repeat the charges over and over, so with no back up, we critics cannot slice and dice them on the specifics.

The string for us to pull here on the involved military people is challenging them on a violation of their oath, that this process is in itself a threat to our national security, and for us to demand a debate on it out in the open where they have to put their specifics out on the table.

They will not be able to justify not telling us anything due to security issues. That would be a blatant cop out. We have already published a list of the “most suspicious” claims (as politely as I can put it), and of course they were ignored. This has shown contempt towards their duty to keep the public informed, so it can perform its own duty to defend the country to the best of its ability.

None of the civic organizations that should be challenging the power structure on this are doing so, due to this strange attitude of “that is not what we are about”, or “that kind of thing is not in our charter”. I have heard all the excuses. The real reason is because they know it would be controversial within their organizations and they want to avoid that at all costs. It’s not fun.

The longer “they” continue with this totally unnecessary build up, the harder it will become to stop it. The public push back has been so weak that all the presidential candidates (but Bernie) were competing for military industrial complex approval, promising that they would fund it better and more quickly than their opponents. If we do not get this under control, our children are going to pay a huge price for our failure, and so will a lot of other people’s children. ]

NATO chief Jens Stoltenberg says the Western military alliance will deploy more troops into eastern European member states as part of a QUOTE deter and dialogue strategy. Stoltenberg was speaking on the sidelines of a NATO ministerial meeting in Brussels.

The NATO chief said the meeting would address all important issues to prepare for a summit in Poland in July. On Wednesday, he said NATO wants dialogue with Russia to ease tensions over the Ukraine crisis.

Russia has long expressed concerns over NATO’s eastward expansion. Moscow accuses the U-S and the Western military alliance of returning to a cold war mindset of mutual suspicion and military competition.