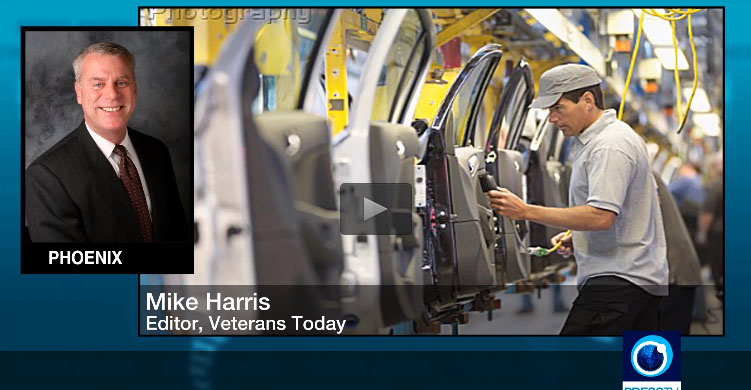 Mike Harris, a Veterans Today editor in Phoenix, made the comments while discussing the enormous wage gap between American CEOs and the average worker.

CEOs of the largest American companies on average made 335 times more money than US rank-and-file workers last year, according to a new study that was published by AFL-CIO on Tuesday..

“The root causes of this problem are multi-facet,” Harris told Press TV on Wednesday.

Harris argued that “offshoring” jobs to other countries in order to reduce worker salaries has contributed to the wage gap, something CEOs are being rewarded for.

Suppressing wages was another policy that has harmed workers across the US, the analyst argued.

Harris also argued that the government’s reluctance to stop illegal immigrants from entering the US and refusing to punish their employers was another major contributor to the issue.

“So, really, the CEOs are in a position where it benefits them to be essentially abusive to workers,” he noted.

“These things have distorted the earning power of the American worker and until these two issues are addressed I don’t expect it to get any better,” he continued.

“So you have got conflicting goals; things that don’t benefit the American worker are a great benefit to CEOs,” Harris said.

Even as the US economy has rebounded from the Great Recession, which technically ended in mid-2009, nearly all the income gains have gone to the top 1 percent of Americans.

In the first three years of the recovery, 91 percent of income gains went to the wealthiest 1 percent of households, a group with incomes above roughly $400,000, economics professor Emmanuel Saez of Berkeley University in California has found.