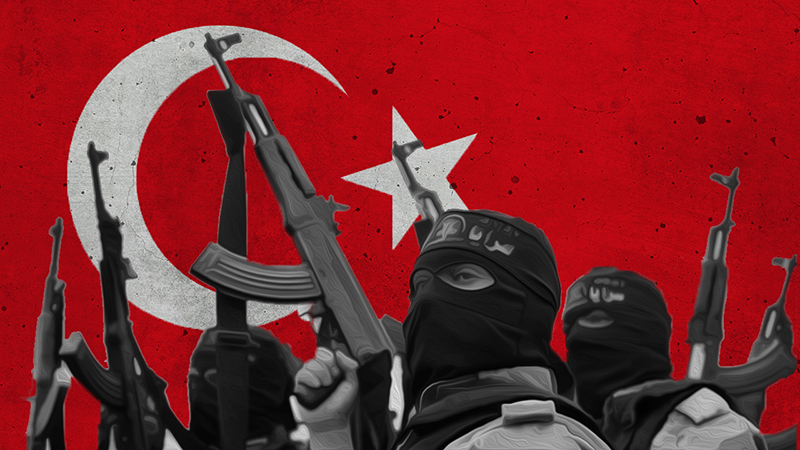 According to the numerous reports circulating in the media regarding the Turkish complicity with ISIS in selling stolen oil, a number of western countries intend to examine the evidence concerning of this sinister relationship and bring a criminal prosecution against those who are involved and take punitive measures against Turkey through the international community.

Sotir Tsatsarov, the Bulgarian chief prosecutor expressed his determination to thoroughly investigate the controversial case of ISIS oil smuggled into Bulgaria through Turkey. Mr. Tsatsarov in his remarks on March 7, 2016 declared that according to information gathered by Bulgarian intelligence agencies, our European partners and Satellite pictures, we could detect ISIS oils tankers crossing-Bulgarian-Turkish borders.

“These facts provide incontrovertible evidence revealing the malicious role which Turkish dealers play as they buy ISIS crude oil – primarily plundered from Iraqi and Syrian oil fields– at very low prices. The oil tankers transport the black gold to Turkey and then ultimately through transit routes into Bulgaria and European market,” said the Bulgarian judiciary official.

Meanwhile in Italy, Bologna’s City Court filed a lawsuit against Turkish President’s notorious son, Bilal Erdoğan, who is accused of being involved in ‘oil laundering’ and trading lucrative ISIS oil in black market.

Bilal Erdoğan sojourns in Italy since summer 2015. The Italian court filed a petition against Bilal based on a detailed report provided by NATO whereby members of President Erdoğan’s family have been criticized for being enmeshed in ‘oil laundering’ scandals. However, the report points to the thorny fact that Ankara is a member of the North Atlantic Treaty Organization [NATO], and if new investigations corroborate the allegations against Bilal Erdoğan, necessary measures must take place immediately to prevent further international public and media outrage.