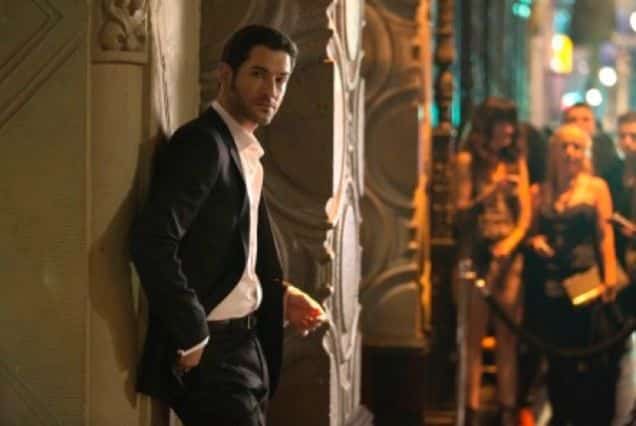 Some groups really hate the theological term “synagogue of Satan,” but they are not running around and telling Fox TV to cancel their new series called Lucifer, a program that seems to indicate that the creators are part of the “synagogue of Satan.”

The ADL and other organizations will never tell their brethren in Hollywood to stop directing and producing films of this genre because this has been part of their agenda for centuries.[1] For example, Roman Polanski himself declared that his movie, The Ninth Gate, is “an advertisement for hell.”[2]

Could it be that the Church was right all along in saying that a metaphysical and categorical rejection of Logos will inexorably lead a person or group straight to the “synagogue of Satan”—or Lucifer’s cauldron? What was Neil Gaiman thinking about when he created the character for Fox TV?

And where are Bill O’Reilly, Sarah Palin, Sean Hannity, Ann Coulter, who keep implying that Hollywood is distorting the truth?[3] Why aren’t they saying anything about this, unless they are part of the process, or unless they have been bought by the powers that be to say really crazy things?

Leaving this aside, let us talk about Gaiman. Obviously, he had something up his sleeves when he crafted his characters. Gaiman grew up in a Jewish family where his parents were devout Scientologists. Scientology, as we have documented elsewhere, was founded by L. Ron Hubbard, a devout follower of Aleister Crowley, the man who was dubbed “the wickedest man in the world” by the British Press.[4]

“was the final straw, what was left of my resistance crumbled. I proceeded to make regular and frequent visits to London’s Forbidden Planet shop to buy comics.”

We are told that “After forming a friendship with comic-book writer Alan Moore, Gaiman started writing comic books, picking up Marvelman after Moore finished his run on the series.” So, Aleister Crowley basically begot people like Alan Moore, Aland Moore begot people like Gaiman, and Gaiman produced Lucifer on Fox TV. But how did Moore get involved in comic books? Let us hear from the horse’s mouth:

“I found that I couldn’t progress any further with writing by strict rationality. If I wanted to go further with my writing, make it more intense, more powerful, and make it say what I wanted to say, I had to take a step beyond technique and rational ideas about writing, into something that was trans-rational if you will. This being magic.”

Moore just shows that black magic and practical reason (“strict rationality”) are incompatible. He has also implicitly admitted that practical reason is not part of his writing at all. That is why he has explicitly inserted subversive things like pornography in his books.[5]

One scholar writes that “with Lost Girls, Moore sought to bring ‘legitimacy to the genre of pornography, a ‘revolution’…to the one that he brought to the comics industry.”[6] Other scholars agree that with his work on pornography, Moore is actually challenging “the dominant discourse of morality and etiquette.”[7]

According to Moore himself, pornography should “take its place once more as a revered and almost sacred totem in society.”[8]

Crowley, as a Freemason and Cabbalist,[9] saw his work in the same way. In fact, he got kicked out of Italy for practicing really weird things. And obviously, Moore quickly picked those ideas from “the wickedest man on earth.” Moore admits:

“I’d known about Crowley ever since I was twelve, when I had my spate of reading Dennis Wheatley’s occult paperbacks and being told that Aleister Crowley was the wickedest man in the world. There are references to Crowley in V for Vendetta…”

We are told that “Taking up the study of the Qabalah and the writings of the notorious early 20th-century occultist Aleister Crowley, Moore accepted ideas from Crowley’s religion, Thelema, about True Will being connected to the will of the pantheistic universe.

“In some of his earlier magical rituals, he used mind-altering psychedelic drugs but later gave this up, believing that they were unnecessary, and stated, ‘It’s frightening. You call out the names in this strange incomprehensible language, and you’re looking into the glass and there appears to be this little man talking to you. It just works.’”

Moore is the writer behind Batman: The Killing Joke. The book was also used in Christopher Nolan’s epic movie, The Dark Knight.

So, Gaiman is basically sugarcoating the work of Crowley, Moore, and in some sense Freemasonic ideology on Fox TV. In short, Crowley’s overarching plan has been restored to its diabolical “glory” in Fox’s Lucifer. Crowley would have certainly been proud of Gaiman and the network itself. Too bad that he died miserably in 1947.