First, the establishment mandated that all American children had to suffer years of indoctrination – the inculcation of statist doctrines in free public schools.

The move toward compulsory, but free, public education for US children began decades ago. So for some time, our children have each had to endure years of indoctrination – the overt and covert programming of radical leftist dogma in “free” government- public schools.*

Should college expenses be paid for as public grade schools are? Certainly, if we want to quickly become the world’s largest Venezuela.

What Americans have long needed is the kind of education of which Mark Twain wrote:

Education consists mainly of what we have unlearned.

If what Mr. Twain wrote was true in his day, it is quadruply true today. But instead of following such sage advice, many of our high school graduates, who could no longer think clearly or critically for themselves, believed they should attend college (a long form of extended indoctrination), despite the outrageous personal expenses to themselves, and the creation of high usurious-laden interest that is likely to follow them for the balance of their lives.*

*College debt is now larger than credit card debt and exceeds one trillion dollars. This is a mathematical figure that is incomprehensible to the human mind.

In a clear bait-and-switch scheme, the social planners have enticed our young people from free schooling to colleges that have mysteriously been made far more expensive than most Americans can afford. Then on cue, in stepped the US government with their usuriously high interest-bearing loans that provided the coup de grace on America’s future.

College tuitions have risen one-thousand percent since 1978, which is four times the rate of inflation or healthcare costs.

Can anyone explain why college tuitions have suddenly risen so alarmingly?

No? Well, I can. High college costs were needed in order to trap young Americans in debt so heavy it would ruin not only their futures, but ours as well.

And why would anyone want to ruin our future? Because America, along with the rest of the world, is being controlled by a dark force that is antipathetic to life. And lest we have forgotten, an impoverished people are easy to control.

Unless we discontinue this lethal one-two sucker punch of free public schooling that regiments students’ thinking, followed by the absurd cost of secondary schooling, we will have generations of citizens who cannot think for themselves and will be debt-ridden for the rest of their moral lives.

Debt-ridden for the rest of their lives?

Yes, that is ensured with the galloping  usury interest rates that come with all government-sponsored student loans. 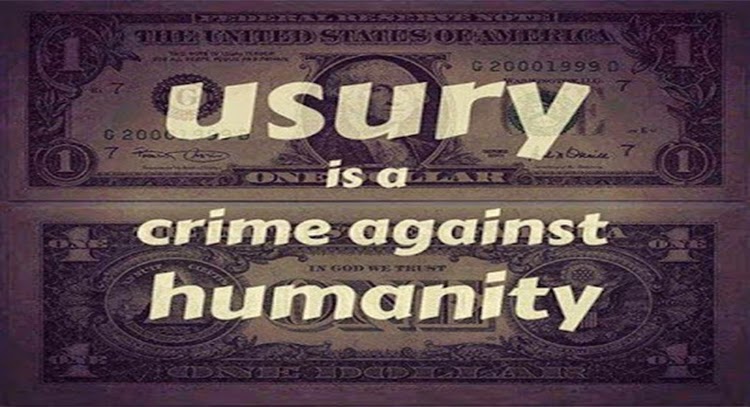 Still, with our failed US economy and its lack of decent paying jobs, former students are forced to make some kind of monthly payment on their loans.  Then, they are confronted with growing interest rates.

Not atypically, one student started off with an initial loan of $44,000, in which he paid back $31,000 over twenty-two years. Unfortunately, his repayments were too slow to prevent his loan principal from rising to a current $128,000.

In another case, an ex-student took out  initial loans that amounted to $85,000 which, thanks to an eight percent variable interest rate, have since risen to $385,000.

The above two examples are not unique. There are hundreds of thousands of similar stories across America, with student loans now exceeding one trillion dollars ($1,000,000,000,000– a million million).

College and university presidents (some of whom are given over a million dollars a year) are careful not to speak out against these outrages on America and her future. They would have never gotten their lofty jobs had they been the type of persons who placed the welfare of the whole society before themselves.

The return on investment for most college degrees ranks far behind what education in vocational/trade schools could provide. A skilled electrician, plumber, carpenter, or mason will certainly earn far more income than a sociology graduate who works at WalMart.

Unless one is independently wealthy, he or she would be well advised to avoid earning a degree in such subjects as transgender or Black studies, sociology, hospitality, family and consumer affairs, or every student’s favorite easy course, psychology – otherwise, they will be majoring in debt, with a minor in usury.

‘Tis interesting to note that federal government loans for trade/vocational schools are rarely available – if ever. This is a fact that discloses what the government’s student loan program is really all about – and it is not about their loans being repaid.

Ex-college students are certainly not the only casualties who have been suffocated by the usury-laden debt trap. Our entire nation, from the jobless, to the homeless, to starving households, and struggling small businesses, all are being garroted with the sharp wires of usury, while our federal government will not even make the debt-obscenity part of our national discourse.

Throughout recorded history, the crime of overcharging borrowers has been condemned by some of our best religious and spiritual leaders. Plato, Aristotle, Seneca, Plutarch, Goethe, Jesus, Buddha, and Muhammad have all spoken out against the damage generated by usury.

Undeterred by such simple wisdom, our irresponsible spendthrifts in government have accumulated mountains of public and private debt, which can only end in hyperinflation, the most ruinous form of economic depression.

We have all been betrayed so often by our local, state, and US bureaucrats and politicians that the phrase public servant has become a pejorative term, especially to the failing hundreds of thousands of our young citizens who made the tragic mistake of majoring in debt.

Still, our ignorance or tolerance of self-serving people in positions of power runs the gamut of our society – from career Democrats and Republicans, to police chiefs, to CEOs, to judges, to Federal Reserve board members, to the hierarchy of intelligence agencies. All are ordained and managed by the banking oligarchs (crime lords) of earth.

Instead of legislating usury to be the crime that it is, the federal government is practicing its own form of total financial asphyxiation on our best and brightest national hope – our college students.*

*Students are not the only victims of usury financing. President Barack Obama’s administration doubled our national debt from ten trillion to twenty trillion dollars. In other words, the Obama administration created as much debt as all the prior US presidential administrations combined.

Only Satan and his lowly minions in our government, intelligence agencies, think tanks, and mega-corporations, could have conceived such a clever way to destroy what was once the greatest nation in recorded history.