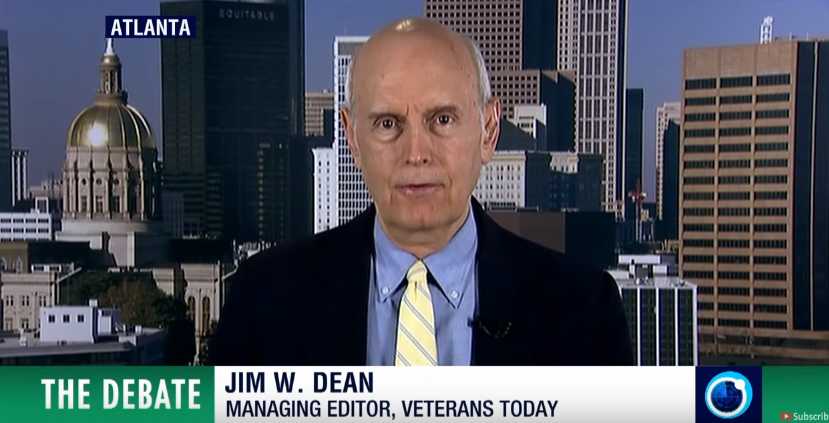 Note: I always enjoy doing The Debate programs because you have more time to dig into a topic. Press TV does not have the political correctness filters of other Western mass media, so I was able to get the state-sponsored terrorism “no go zone” issue into this show and named a few of the culprits.

No matter if the Syria conflict is eventually resolved, which it will be, it will not be a real victory if the support group that kept this huge terror effort in the field for years is allowed to take a rest and start back up in another location of their choosing.

If the jihadis are allowed to escape to a rest and relaxation location, we will just find these experienced killers looking for new work, as I can’t see them going back to civilian life any time soon. You can just imagine how many of these people would be able to get fake Syrian passports, or Turkish ones for that matter, to take their hatred for the West right into Europe, enjoy the hospitality, and create some mayhem there.

As Putin said on the front end of the Russians going in, it would be better to kill the terrorists in Syria versus waiting to deal with them when they came back to Russia or the neighboring states.

If you extrapolate the Syrian dead to the US population, we would be talking over 4 million killed here… like a dozen WWII KIAs. Add to that 30 million refugees. What impact would that have on us?

– First aired  …  May 22, 2016 –
–
UN Secretary General Ban ki Moon has said that no matter is more urgent than the crisis in Syria and that it is a nightmare. He has urged warring sides to be aggressive in trying to attain peace. This one day after US Army Gen. Joseph Votel made a surprise visit to northern Syria. Is the war in Syria winding down or are some forces trying to crank it up even higher?