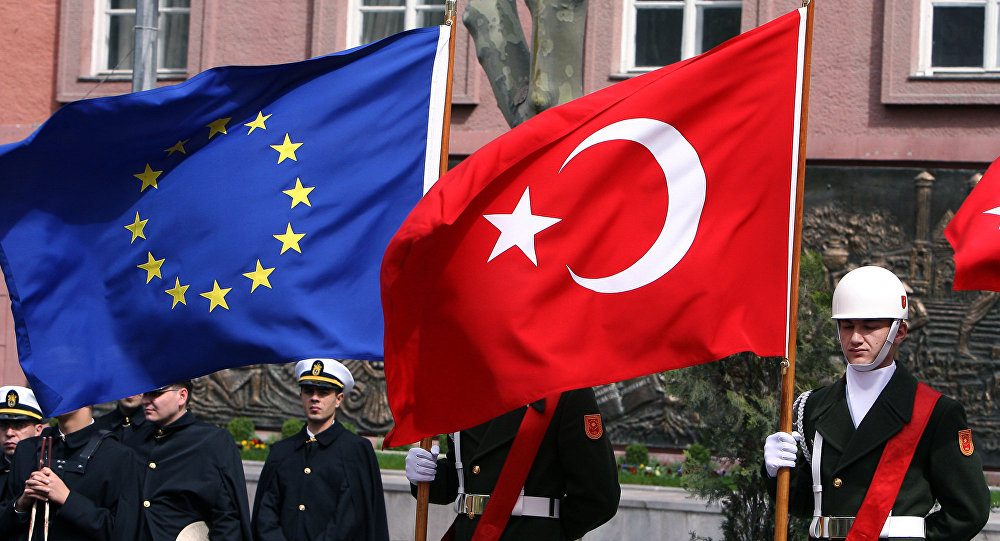 [ Editor’s Note:  The Turks are playing poker with an empty hand here in terms of reality. The refugee deal with the caveat of including the visa free travel for Turks was always based on Turkey fulfilling all the requirements which had been on the table and Erdogan had never made a priority.

After the initial refugee deal Turkey has published multiple times that it would comply, and on time, until a few weeks ago when it took the tact that it could pick and choose which ones to comply with. Then we heard Turkey had no intention of changing the anti-terrorism laws, basically telling the EU where it could shove it’s visa requirements list.

While all this was going on, Sultan Erdogan went ahead and stripping the Kurdish opposition party of immunity so he can charge them with supporting terrorism if they object to anything he is doing in the Kurdish regions, stripping away any veil of legitimacy of Turkey as a democratic regime.

That is not necessarily a big deal for any Western country having relations with Turkey. God only knows the criminal regimes that West has dealt with for some benefit to be gained. But giving such countries free visa access is totally different deal.

Erdogan is looking to dump millions of Turks into the EU, both Kurdish refugees he plans to manufacture in great numbers, certainly a part of its criminal population, and then out of work Turks from the Russian sanctions, like its hotel workers.

This article below shows he is preparing to lose but go down “defending Turkey’s honor”, pretending the world does not know that Erdogan and his party have been up to their eyeballs in supporting terrorists in the Syrian war, even during the ceasefire. And Turkey wants to get a reward for doing all that? Give me a break!… Jim W. Dean ]

Turkey has threatened to suspend all agreements with the European Union (EU) if Brussels fails to grant visa-free travel to Turkish citizens.

“Let them continue to apply double standards, let them continue not to keep their promises for Turkish citizens, but they should know that if they maintain this attitude, Turkey will take some very radical decisions very soon,” said Yigit Bulut, an adviser to Turkish President Recep Tayyip Erdogan, on Monday.

Bulut warned that Ankara would review “all relations with the EU, including the customs union deals and the migrant readmission agreements.”

The EU is in a standoff with Turkey on the future of an agreement signed in March to stem the flow of refugees and asylum seekers to Europe.

Under the deal, Turkey has committed to taking back all the asylum seekers and refugees who have used the Aegean Sea to illegally reach Greece. In return, Ankara was promised financial aid, the acceleration of visa liberalization talks and progress in its EU membership negotiations.

The two sides are currently negotiating a sub-deal under which Turkish nationals would be allowed visa-free travel to Europe.

Negotiations over the deal for visa-free travel have been faltering. Turkey reportedly refuses to make changes to its anti-terror laws, as required by the EU.

Turkey formerly set the end of June as a deadline for the 28-member bloc to scrap visas for Turkish citizens, but sources in the EU said it is nearly impossible to meet the deadline.

Concerns over the potential collapse of the deal with Turkey have reportedly prompted EU officials to consider a “plan B” — striking a similar deal with Greece, instead of Turkey.

Hundreds of thousands of refugees are fleeing conflict-ridden zones in Africa and the Middle East, particularly Syria, and attempt entry into Europe without applying for a visa. The influx has crippled the bloc, particularly the countries on its external borders. 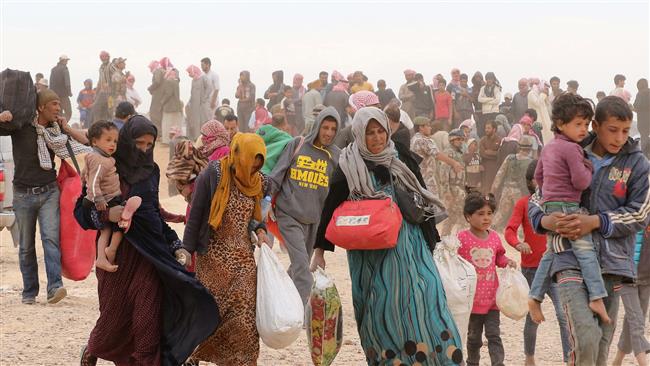 Turkish Minister of European Union Affairs Volkan Bozkir cast serious doubt Friday over the prospects of realizing a deal between Ankara and the EU on refugees, which would provide visa-free travel for Turks in Europe’s borderless Schengen zone.

“At this stage, I would not say we are very hopeful,” Bozkir told Turkish reporters in televised comments in Brussels following talks with EU Enlargement Commissioner Johannes Hahn.

“We think the European Commission should understand quite how critical the current situation is,” Bozkir stated.

The remarks came only a day after Turkey’s President Recep Tayyip Erdogan lashed out at the EU over what he termed as its “hypocrisy” for telling Ankara to change its anti-terror laws.

“Since when are you running this country? Who has given you the authority?” President Erdogan said.

Ankara says the laws are necessary given the ongoing clashes with the Kurdistan Workers’ Party (PKK) militants in southeastern Turkey, and the threat of Daesh Takfiri terrorists in neighboring Syria and Iraq.

Rights groups, however, accuse Turkey of using the broad anti-terrorism legislation to silence opposition and arrest critics, including reporters and academics.

Analysts say the problem of changing the anti-terror laws could endanger the Turkey-EU refugee deal, which has prompted a sharp decline in the number of refugees crossing from Turkey to Greece.

Under the deal sealed in March, Ankara agreed to take back all the asylum seekers and refugees who had used its territory to illegally reach the EU shores in return for a number of commitments from the EU, including financial aid, visa liberalization and progress in its EU membership negotiations.