Banned UK-manufactured cluster bombs have been found in a Yemeni village targeted in Saudi-led coalition airstrikes, leading to calls for the UK to come clean on its weapon sales and military support to Saudi Arabia.

The unexploded BL-755 cluster bomb is designed to be dropped from the UK-made Tornado aircraft used by the Saudi Air Force. It was found in a village in the north of the conflict-torn Gulf nation.

The bomb is said to have been manufactured as long ago as the 1970s by a Bedfordshire-based arms company called Hunting Engineering.

Cluster bombs contain bomblets which are meant to detonate on impact. Failure to detonate has the effect of sowing a minefield. This can present a deadly hazard for people in the affected areas for decades.

Amnesty has called for the UK government to account for its past arms sales and its current practice of embedding UK military personnel to train Saudi forces on how to conduct airstrikes and artillery bombardments. 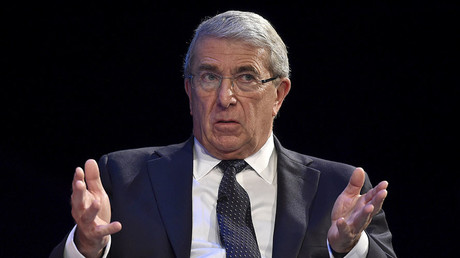 The NGO’s Head of Arms Control, Oliver Sprague, said in a statement that it would be an “absolute scandal” if UK personnel had been involved in the operation which dropped the cluster bomb.

Sprague said the munitions were “one of the nastiest weapons in the history of warfare, rightly banned by more than 100 countries, so it’s truly shocking that a British cluster munition has been dropped on a civilian area in Yemen.”

The Amnesty investigation indicates that the bombs have been dropped in sufficient density to present a daily risk to the lives and livelihoods of local people.

Civilians said they had resorted to removing the bombs themselves for fear that children or livestock could be killed or injured.

Hindi Ibrahim, a local father of two, said the bombs fell “late last July or August during the day and [some of] the bomblets exploded.”

The airstrike was supported by US-made Apache attack helicopters which “shot at people as they ran away,” Ibrahim told inspectors.

He said there were as many as 500 bomblets strewn around his village and, when de-miners did not arrive as promised, the locals began clearing bombs themselves at considerable risk.

Cluster bombs have been banned worldwide since 2008. The UK was a high-profile signatory to the ban following a late U-turn by then-Prime Minister Gordon Brown.

Brown reportedly faced considerable resistance from sections of the UK government at the time, who felt the devastating munitions were of further use.

US-made cluster bombs have also reportedly been used in Yemen. While the country is not a signatory to the ban treaty, it claims to operate within the requirements of the agreement and be aware of the humanitarian implications of the weapon.

The presence of ‘blinds’ – unexploded munitions – in Yemen which have failed to deploy, detonate or self-destruct contradicts claims by the US Security Defense Cooperation Agency that these munitions do not result in more than one percent unexploded ordnance “across the range of intended operational environments.”

The US government prohibits the sale or transfer of cluster munitions with greater than a one percent fail rate.

The US appears to be failing to meet even this standard, which falls short of the complete ban on the use, production, transfer and stockpiling of cluster munitions that the 100 states parties to the Convention on Cluster Munitions have committed to.