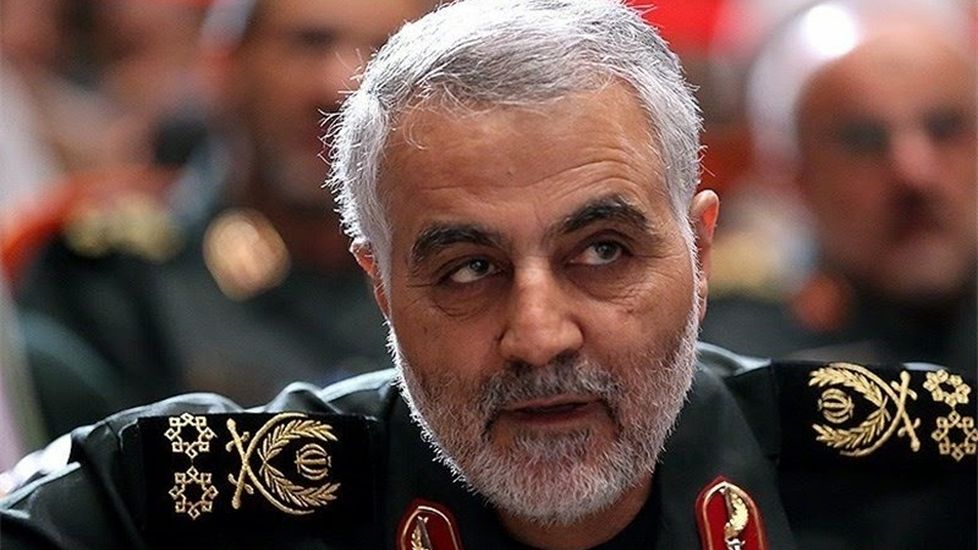 Maj.Gen. Qassem Soleimani, commander of the Qods Force of the Iranian Revolutionary Guards, confirmed that if Iran’s help were not there in preserving the Syrian state, Daash would have dominated on all over Syria.

Soleimani explained in a speech forum to “Revolutionary area .. concerns and hopes” in the city of Qom Monday, that the martyrs defenders shrines of Ahl al-Bayt (AS),is a prominent touchstone of revolutionary work, where they had gone to Syria to defend Islam, and have reached the cognitive and comprehension realistic and won in the march of defending true Islam  based on their vision, the high degree of testimony in Aleppo and Khan Tuman.

Maj. Gen. Soleimani pointed out to the conditions of the region and the problems faced by stressing that glory and security in Iran, is a result of the wisdom and the will and the supervision of the commander of the Islamic Revolution, who cares about the country and all society components.

The commander of Quds Force noted that at the present time, US forces are the most numerous and several heavily armed in the region and diplomats flocks in abundance as well as the presence of many countries in the region associated with the West, which calls for research for reasons of this event.

He added that the Americans believe that the Islamic Revolution has affected America’s strength in all regions of the world, therefore they are trying to overthrow the Islamic revolution.

Maj. Gen. Soleimani explained that America’s ha a role in finding and creating events that faced by Iran for over 20 years, adding that the Americans and through different ways, crafted to create conflicts and tribal wars, by this,we see the context of war with Takifir groups, the victorious confidence always with Islamic Republic of Iran.

He affirmed that the Islamic Iran achieved victories in all areas of the region, and in Iraq with the Americans exert to all efforts, they were forced to withdraw and currently Sunnis, Shiites and Kurds in Iraq boast their friendship with Iran.