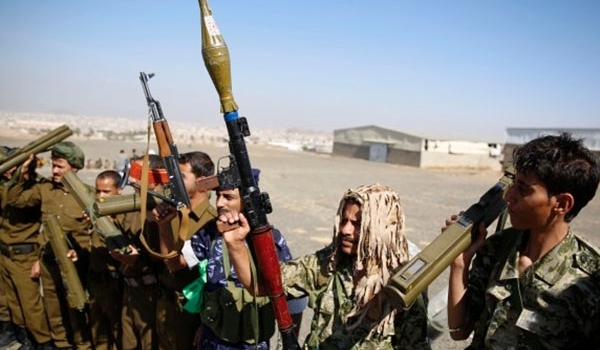 According to the news published by Asaval-Dasavali newspaper from the city of Tbilisi, three of the terrorist group’s leaders in the North Caucasus Emirate have met with a Saudi intelligence representative secretly. The Saudi intelligence representative traveled Semi-diplomatically and for tourism purposes wearing Fishing clothes. In this meeting, he has made a promise to provide the terrorist group financially and military in order to break away from the Russian territory.

According to the report, Muharram Saidov and Aslan BiotoKaiv attended the meeting,  they are the most important persons remained of the Caucasus Emirate.

It is worth mentioning that this group has become weak after the deaths of both Abu Muhammad Dagestani, the main leader of this group, and kamel Saidov, which is considered as the second person in the group, with Magomed Slamanf and Abdullah Abdullahif by a secret operation of Russian special forces, knowing that Saudi Arabia is trying hard to support the Caucasus Emirate.

There are three months left to the biggest ritual in Islamic world. The ritual is held in Mecca, Saudi Arabia where Kaaba is located. Reports are telling of great deals of disagreements between Saudi officials and extremist muftis.

A large part of disagreements come from the question of whether inviting Iranian pilgrims to perform this year’s ritual. It seems that Wahhabi muftis and the royal family is opposing to the invitation.

Extremist Wahhabi muftis and religious leaders are pressuring the Saudi king to exclude any Shia, especially Iranian, from hajj 2016. They are trying to create an atmosphere of religious violence to deprive Iranian pilgrims of their right to do their yearly ritual and visiting holy cities of Mecca and Medina.

The culmination of these disagreements can be seen in harsh comments of the Saudi Mufti Abdul Aziz al Sheikh, claiming Iranians and Shias as apostate. The extremist muftis are actually forcing Saudi authorities, faking their own opinion as the public view of Shias.

On the other hand, Iranian officials are emphasizing to participate in this obligatory religious duty, asking Saudi authorities to provide a secure Hajj.