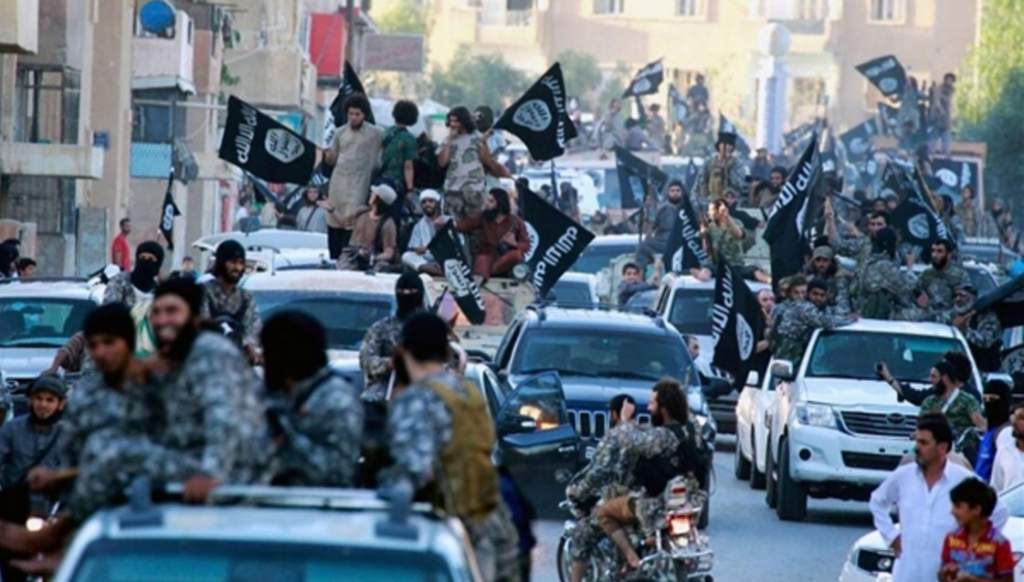 Editor’s note:  Our sources confirm that the CIA is evacuating its own advisors from Raqqah and that the story below as originating from Ali Maqsoud, a totally reliable source, is true.  We only differ in that we can’t confirm orders for the evacuation came from the White House or Pentagon but certainly the CIA and its partners, Saudi, Turkish and Israeli intelligence, all active in Raqqah with significant staff there, are now moving South toward Der Ezzor.
TEHRAN (FNA)- A prominent Syrian analyst described the US-led coalition attacks on ISIL positions in Syria as theatrical, and said Washington has ordered the terrorist group to withdraw from Raqqa.

“The US which claims to have organized a massive anti-ISIL operation to liberate Raqqa, has forced the group to withdraw and transfer forces to Deir Ezzur to fight against the Syrian army in that province,” Syrian Military Expert Ali Maqsoud told FNA on Thursday.

He said that the US-led coalition’s dropping leaflets over Raqqa city and calling on residents to leave the city is in line with the US plot to protect the ISIL and weaken the Syrian army.

Reports on ISIL’s movements and evacuation of its forces and military hardware from Raqqa and their deployment to Deir Ezzur and the oil-rich regions of Syria have strengthened the possibility of collusion between the terrorists and Western meddlers in Syria war.

“The ISIL has been transferring a large number of its forces and their heavy military equipment to the energy-rich regions in the Eastern Syria, mainly in Deir Ezzur and Eastern Homs, to save its revenues from smuggling of oil and gas,” sources said, adding, “The ISIL had previously made such decisions, including retreating from al-Houl and al-Shadadi in Hasaka where the terrorist group left the battlefields without any resistance against the Syrian Democratic Forces (SDF).”

“The ISIL decision to leave capital of the self-proclaimed Caliphate for the SDF fighters and their American backers without resistance is in line with the US policy in Syria which opposes the Syrian government forces’ rule and control over the country’s energy-rich regions in Deir Ezzur and Homs,” the sources added.

“The ISIL has thus far transferred 12 Hummer vehicles from Raqqa to Albu Kamal in Deir Ezzur and has deployed several US-made Abrams artilleries to the village of al-Hosseiniyeh Northwestern of Deir Ezzur,” they added.