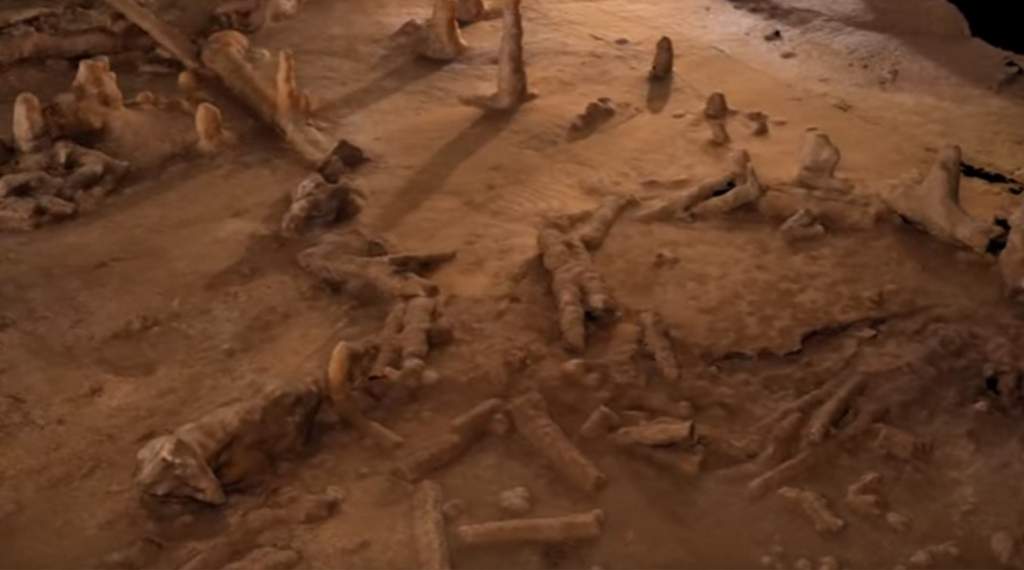 Built more than 130,000 years before the settlement of modern day humans in Europe, an underground circular sculpture ‘garden’ in France is evidence of Neanderthals’ social and cognitive advancements.

The Aveyron Valley in the southwest of France is home to at least 15 prehistoric sites and scientists have now dated a strange stalagmite arrangement found in the area, some 336 meters underground in the Bruniquel Cave.

Although offering a tantalising opportunity to explore early human life, the arrangement has left scientists stumped over why they were constructed.

Findings by researchers from the University of Bordeaux presented in Nature suggest the unusual circle formation is at least 175,000 years old.

Examples of ancient hearths were found amongst the cave rings, with burned bone fragments providing evidence that Neanderthals may have been living – or at least preparing food – within the cave. 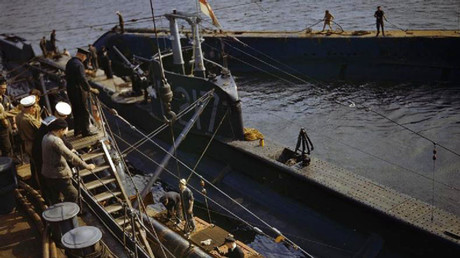 Researchers say the precise geometric positioning of the broken cave deposits and proof of fire mean that only very early humans could have built the sculptures.

While the reasons for their construction remain a mystery, the complex circles are evidence of modern human thinking such as social organization and planning among Neanderthals, according to the researchers.

“This type of construction implies the beginnings of a social organisation: this organisation could consist of a project that was designed and discussed by one or several individuals, a distribution of of the tasks of choosing, collecting… followed by their [stalagmites] transport and placement…,” the study states.

“Their presence at 336 meters from the entrance of the cave indicates that humans from this period had already mastered the underground environment, which can be considered a major step in human modernity,” the report adds.

The organization of the complex subterranean rings, which would have been arranged without much light, indicates that the now-extinct Neanderthal was much more advanced than first thought.

“The construction of such a structure, involving the placement and arrangement of speleofacts (stalagmite/stalagtite), supposes a minimum degree of skill, since architectural techniques such as inserting wedging elements… or placing stays to act as a buttresses appear to have been used,” the study adds.

Built more than 130,000 years before the settlement of modern day humans in Europe, an underground circular sculpture ‘garden’ in France is evidence of Neanderthals’ social and cognitive advancements.
ATTENTION READERS
Due to the nature of independent content, VT cannot guarantee content validity.
We ask you to Read Our Content Policy so a clear comprehension of VT's independent non-censored media is understood and given its proper place in the world of news, opinion and media.