Dirle site published an article quoting from  “Gazath” a Turkish newspaper in its number 08/04/2016 written by Mustafa  “Kurudash” director of the Editorial Board for detecting the cooperation of Turkey with Israel in order to normalize relations with it where it has criticized him, saying:

The two sides reached agreement and was scheduled to be the final agreement in the coming meeting hosted by Saudi Arabia. there is a joy  and pleasure exceptional in this compatibility and it seems like we are criminals and aggressors and the Zionist is acquitted having no any guilty, and it has overjoyed Turkey like its citizens were not killed during the assault carried out by the Zionist entity against the Marmara ship and like was not Tayyib Erdogan who said during the Davos Conference: We know the massacres committed by Israel against children.

What is the role played by Saudi Arabia in the meantime? Or it plays the role of theoppressive Zionists Smasamarh  Or are they trying to be like a hyena looking for his stake.Its true, that the Kingdom and Israel are trying to divide the region between them, but why they do this matter at the expense of the blood of Turkish people?

Why they play Erdogan by taking him as a deaf machine, and fooling us, the Zionist accustomed the practice of terrorism and there is no any expectation from zionists for friendship and altruism, each What fears them is that the Turkish government announce through the launch of the epic chants aimed to the falsification the facts, saying:”Did you see how Israel bowed down through this agreement”,but the truth is that Turkey is surrendered and bowed. 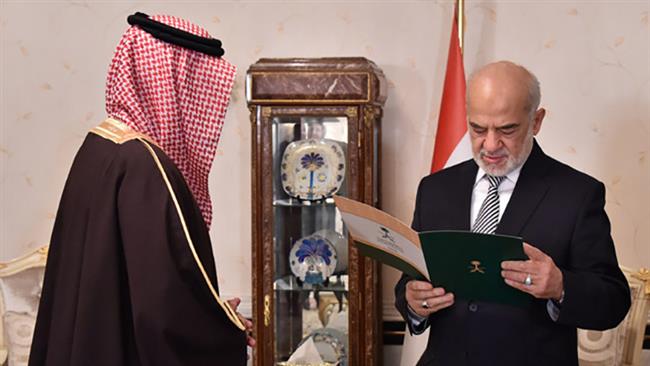 Recent news has been released display the consent of Mark Toner, American Foreign Ministry Spokesman, to the recent unrest in Baghdad. Further studies show that not only Mark Toner is pleased with this news. Thamer Sabhan has also shown his happiness with the unrest in Baghdad’s Green Zone in his Facebook account on 30 April.

Also in the midst of conflict, on 1 May, he announced on his Twitter account (@thamersas) that the Saudi Embassy is working perfectly and the process of its work has not faced any interruption. The more interesting is that some months ago, on 27 February, Thamer Sabhan has praised Muqtada al-released and considered him as a hero.