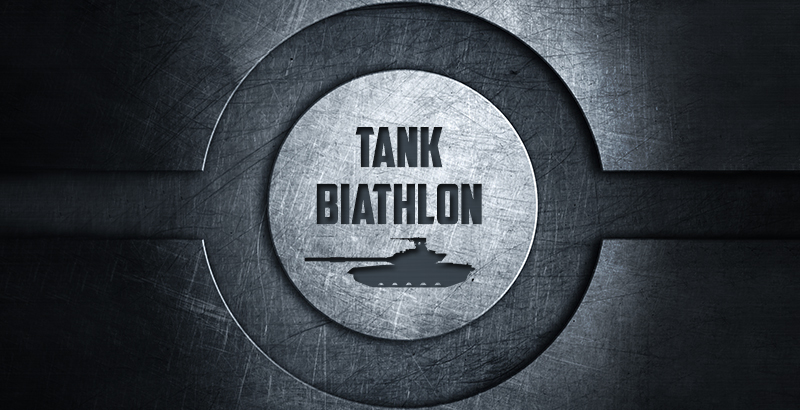 The Tank Biathlon is one of the several military competitions that are held every year, alongside Aviadarts (for aircraft and combat helicopters), Suvorov’s Push (motorized rifle troops), and others. Pioneered in 2013, it became an instant TV hit, one of the most interesting “reality TV” shows anywhere in the world, given that the proceedings are shown, with appropriate and occasionally very hilarious, running commentary, on Russian TV.

However, this reality show serves several more important purposes. Arguably the most important one is to raise the emphasis on realistic troop training among tank forces. Long before the national and international level competitions which are held at the Alabino training area near Moscow, Tank Biathlons are held at all eligible army units to identify the best crews which would participate in the higher levels of the competition. Given that the results of the Biathlon are fully transparent, they help identify best training practices that can then be adopted by other military formations, and select the most effective leaders for future promotions. The competition is hard on both the men and the machines. Events include firing from the halt and on the move, using conventional and guided anti-tank projectiles and machine-gun fire, against targets up to over 2km distant. In the course of the competition, each tank is expected to cover about 100km over gravel roads and through a variety of standard obstacles at high speed. The crews must demonstrate the ability to rapidly shift from one mode of operation to another, and the mastery of every aspect of operating their vehicle, including mounting, dismounting, and stowing ammunition in preparation for firing. Moreover, the biathlon also includes an event testing individual tankmen’ physical and military prowess.

Secondly, since it simulates battlefield conditions pretty closely, the Tank Biathlon’s lessons are being used to make improvements to Russia’s existing and future tank designs. The firing events have shown the importance of rapid target acquisition, and the latest T-72 model, designated T-72B3M or T-72B4, has been fitted with an independent thermal sight for the tank commander’s use. That upgrade has been so far mainly confined to tanks used by Russian crews in the competition, but it will probably spread as part of future T-72 upgrades.

Thirdly, the event serves as an exercise in building international contacts and connections. One can learn a lot about the current configuration of global geopolitics simply by observing which countries have sent teams to participate. The 2015 Tank Biathlon included participation by the People’s Republic of China, India, Kazakhstan, Serbia, Armenia, Kirgiziya, and Tajikistan. So far no NATO country has participated in any of the events held since 2013, though the invitation remains open to them. The fact of China’s and India’s participation in the competition is as much of a message to the West as their soldiers’ marching through the Red Square during the 2015 Victory Day parade.

Most of the national teams use T-72B3 tanks provided by the Russian hosts, though they are welcome to come to the competition with their own vehicles, as the Chinese team did. The individual unit Tank Biathlons are already taking place in May 2016, the Military District-level competitions will follow shortly, and we will soon have the chance to see which countries show up at Alabino in 2016 and what vehicles they put through their paces in front of cameras.