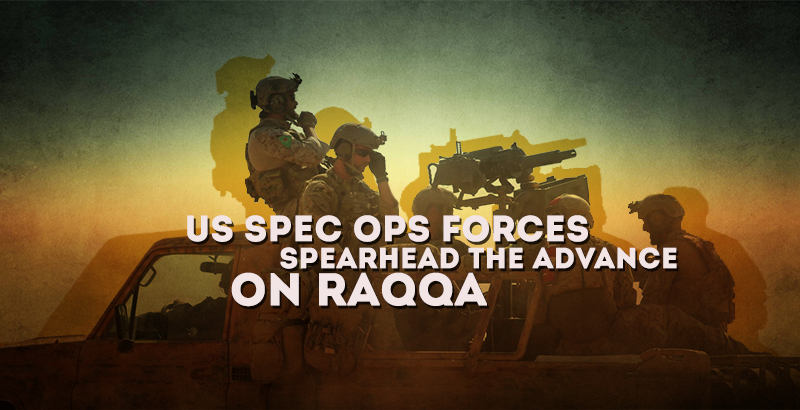 Pro-government sources distribute controversial reports that the SAA is preparing the so-called “major offensives” in both Aleppo and Homs provinces. According to reports, the advance in Homs is expected in the direction of the town of Arak with an additional strike on T-3 Pumping Station.

The strategic goal is to liberate Deir Ezzor. In Aleppo, SAA units allegedly deployed to the villages of Rityan and Al-Zahra, aiming to drive back Al-Nusra from Anadan Plains. Simultaneous major operations in the both provinces are hardly possible. Considering tense situation at the Syrian fronts, the SAA and its allies don’t have enough manpower for full-scale actions in 2 directions.

Despite the direct participation of US special operation forces, at least 550 US troops are deployed in Northern Syria, the Syrian Democratic Forces’ offensive in Northern Raqqa is ongoing more difficult than it has been expected by some couch-based experts. Indeed, the Kurdish-led offensive became a US-led offensive with US troops, operating in the ISIS support area. US special ops. units identify and designate militant targets for strikes by US-led coalition aircraft and participate in clashes, spearheading the Kurdish force.

Separately, there are reports that US heavy “military equipment” arrived in Northern Syria through the Rmeilan airport and deployed, with a part of the US troops, to the area of the Tell Abyad town. This is one of the settlements where the SDF offensive on Raqqa has started.

Pentagon officials don’t estimate the capabilities of the SDF high for various reasons. The reasons include questionable level of military training, poor coordination between Kurdsish and non-Kurdish (Arabic and Asyrian) units and the antagonism between Kurds and the local Arab population, especially in the Sunni regions, while non-Kurdish SDF units don’t represent a significant strike force.

However, there are no reasons to believe that the city of Raqqa will be liberated, sooner or later. The advantage in the artillery and airpower and US boots on the ground are enough to win a case. Even if Kurdish units stop in the suburbs of the city, US troops will be there to continue the operation till the end.