US troops head to the Baltics for massive military drills

[ Editor’s Note: You can just image the uproar if Russia or China were doing exercises like this (by invitation) on the Canadian or Mexican border as part of a “defense exercise”. Can you imagine a Russian “missile defense” shield going up on Cuba to protect it from being attacked possibly from South America?

But this is the silliness the American and European people are fed; and sadly, most lap it up with no embarrassment whatsoever, despite the huge red ink we are operating with, now that people have come to accept that as the status quo. I am thinking of naming this phenomenon the “doo doo happens trance”, something like that, to make it a formal mass social affliction.

Our ruling class is now treating us like sheep, right out in the open, and it is time that we have to ask ourselves who all is responsible for that, and how will we explain to the grand kids why we took it laying down. 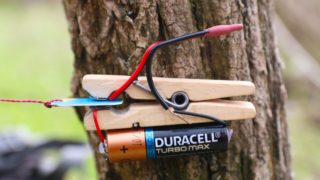 The US and NATO are setting up trip wires for their next war, in which Russian will have no choice but to take out our forward positions as fast as they can the moment it starts up, which makes for a hair trigger extremely dangerous situation over a slight mistake.

Retaliatory weapons have to be used very quickly before they are destroyed in place. If they were destroyed, then the target is only left with its big boy nuke option. Personally I think anyone pushing for this crazy situation is such an overt security threat that they would make the drone target list in my book, as they are a part of the biggest threat that we face.

Meanwhile we were just introduced to our first $4.4 billion destroyer, and the F-35, in its last fix it test, could not even get the engines started because the computer software is still so full of bugs, they would not boot up.

Yet, Americans will celebrate Memorial Day to honor veterans, while taking this raping and pillaging lying down, and feel they have fulfilled their civic duty, but it is the sleep-walking civic duty. Why are they not more upset? … Jim W. Dean ]

US forces have been seen on the “Dragoon Ride II” tactical march across central and Eastern Europe in massive military drills, which this year are in the Baltic States. Over 1,400 soldiers and 400 vehicles displayed their “dynamic presence.”

US servicemen have started Dragoon Ride II, a “2,200-kilometer tactical road march from the town of Vilseck, Germany to Estonia,” before annual drills, the US army official website said. 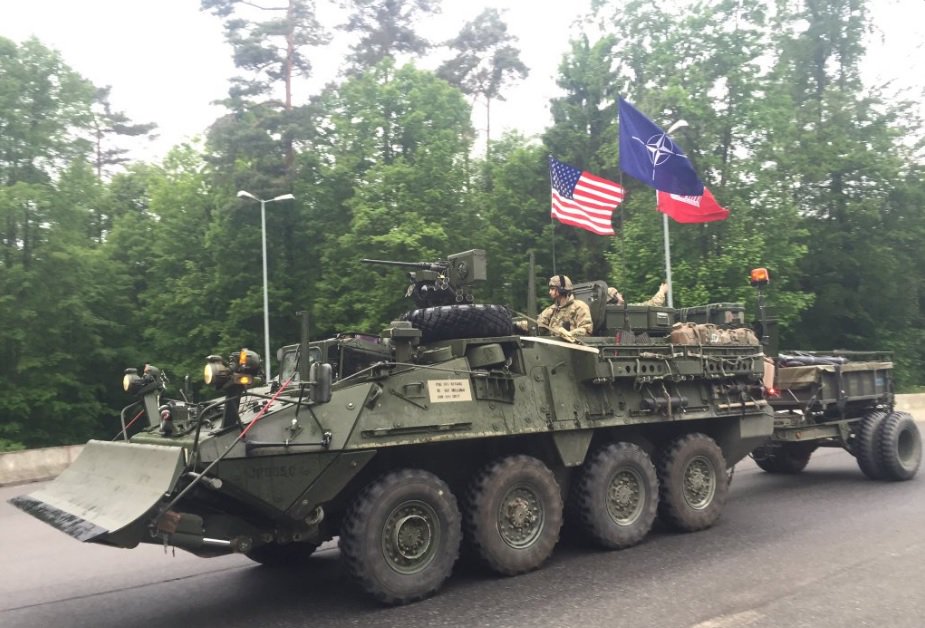 “Leading up to the Saber Strike exercise this year, the US Army’s 2nd Cavalry Regiment will demonstrate a dynamic presence throughout the region by showcasing freedom of movement” during the march, it said.

Dragoon Ride II, from May 27 to June 15, features “1,400 Soldiers and 400 vehicles stopping in several cities to host public displays of their equipment along with their Allied counterparts.” 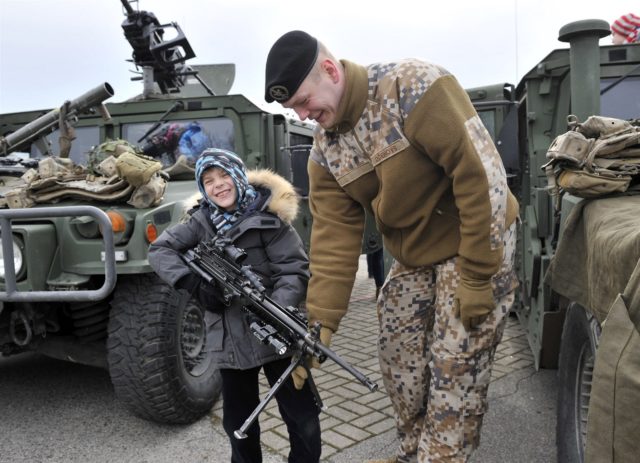 Currently the US Army is passing through the Czech Republic. The convoy moved to the east of the country and will spend the weekend in the towns of Vyskov, and Praslavice, the Prague Monitor daily reported. Jolana Fedorkova, from the General Staff press section, said these towns will host a joint Czech-American military exercise focusing on shooting and driving. On Monday the convoy will leave the Czech Republic. 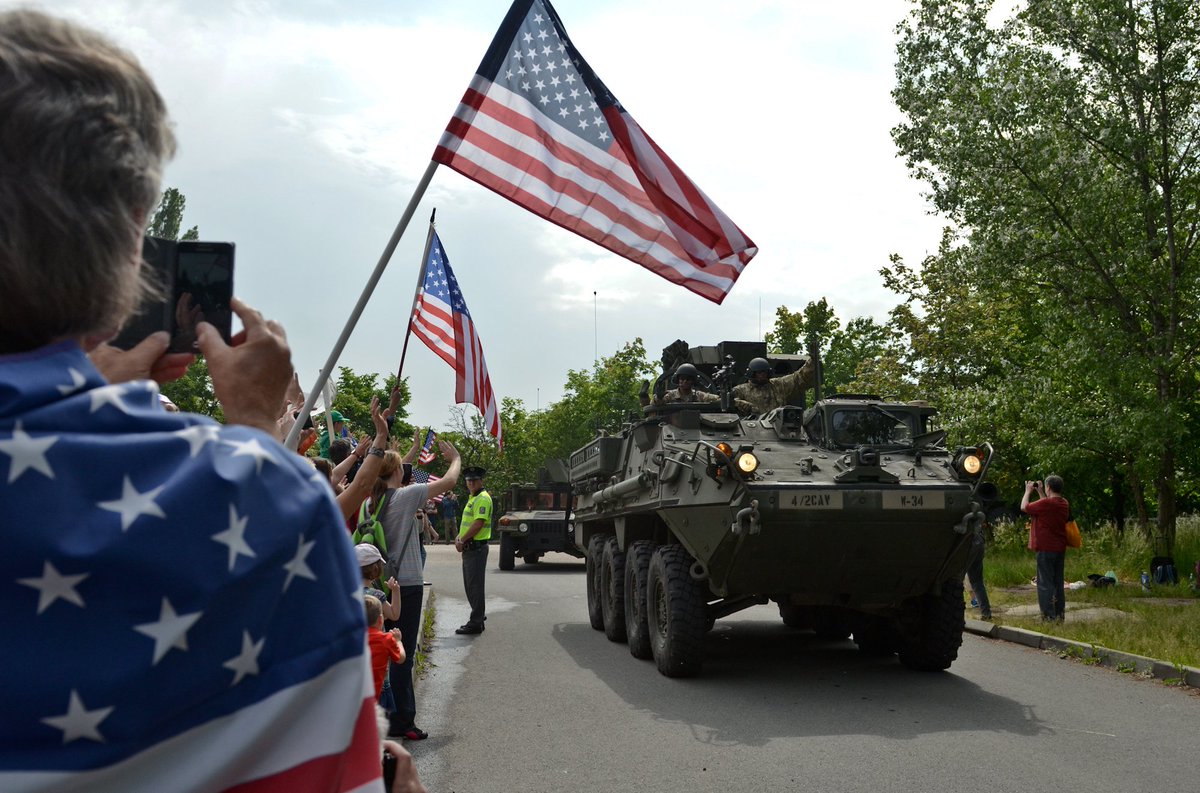 The troops are to take part in the US-led multinational exercise “Saber Strike 16” – held annually in the EU since 2011. This year the exercises will take place in the Baltic States – Estonia, Latvia and Lithuania – from May 30 to June 22.

The exercise “serves as an effective proving ground for units to validate their ability to assemble rapid-reaction forces and deploy them on short notice where needed,” the US Army said.

Nearly 10,000 servicemen from 13 states are to participate in the drills. Apart from major NATO force – US – and host countries – Estonia, Latvia, and Lithuania – they will include Denmark, Finland, France, Germany, Luxembourg, Norway, Poland, Slovenia and the UK. 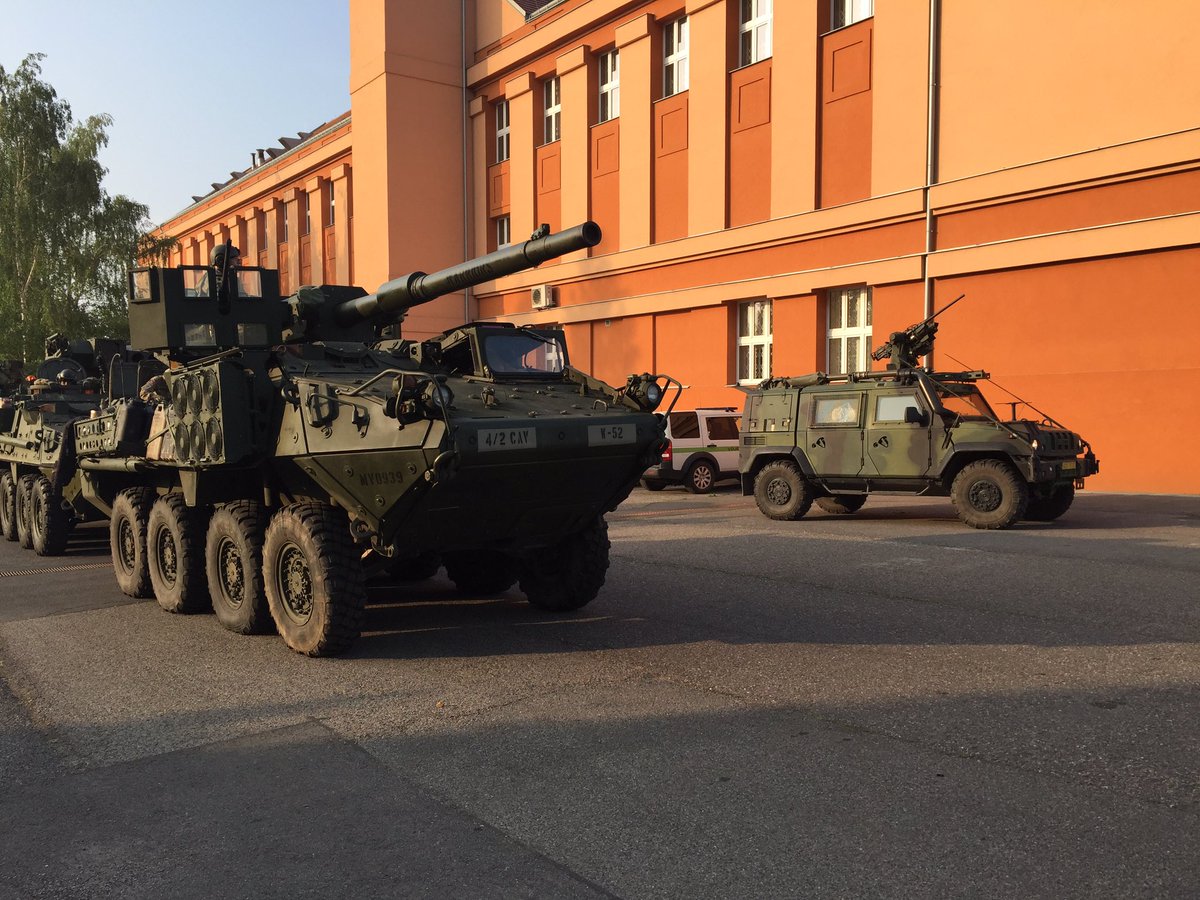 Russia has repeatedly said it is alarmed over NATO’s increased activity in Eastern Europe and the Baltics. Earlier in May, Kremlin spokesman Dmitry Peskov said NATO-Russia relations are “quickly rolling back” to the state of the Cold War era.

“We are still alarmed over the expansion of NATO presence and the bloc’s ongoing enlargement towards our borders. This is a source of concern for Moscow and is the reason for a series of predictable, systematic and consecutive steps which Moscow is taking to safeguard its security interests under the current circumstances,” Peskov said. 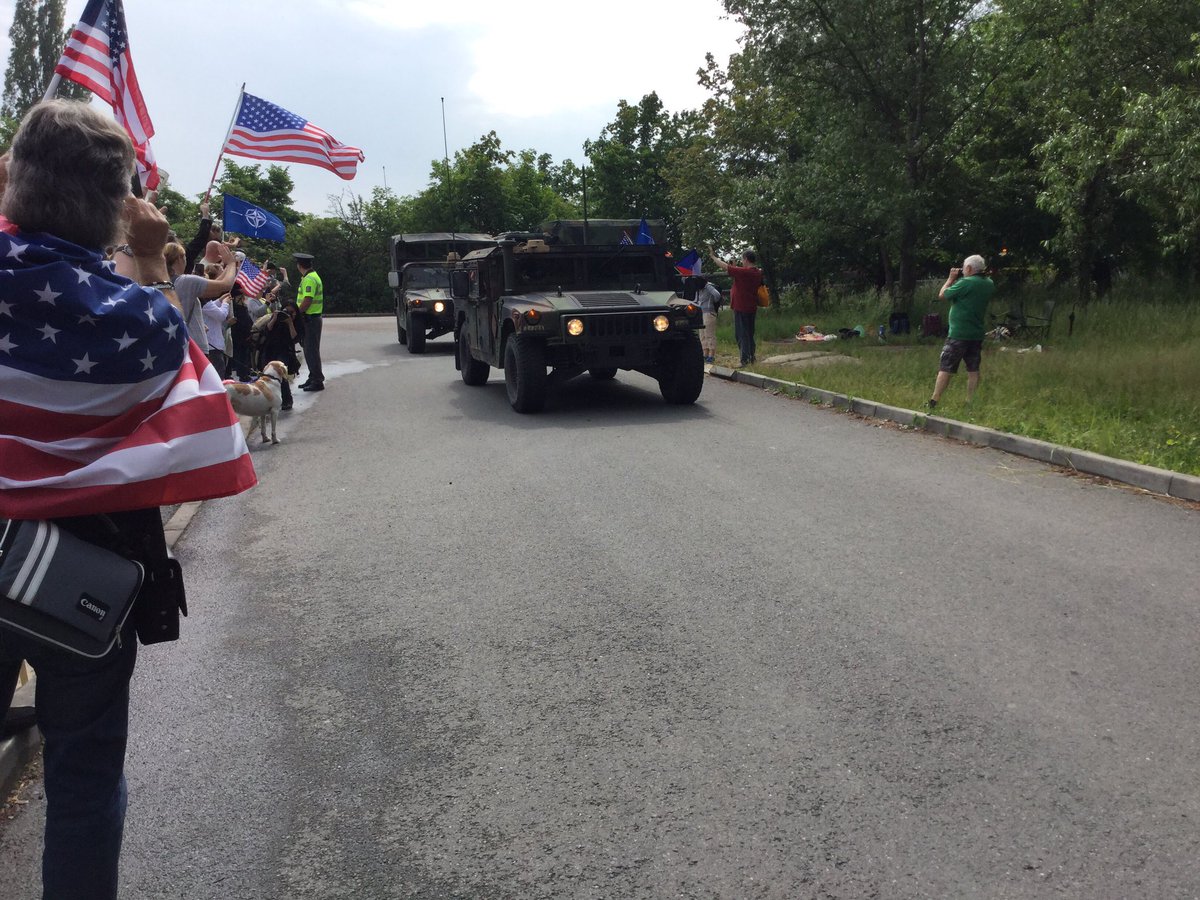 The statement from the Kremlin came after NATO Secretary General Jens Stoltenberg said the alliance is ready to repel aggression against one of its members in Eastern Europe.

“The signal of having a multinational presence sends a very clear signal… that an attack on one ally would be an attack on the whole alliance,” NATO Secretary General Jens Stoltenberg told reporters on May 21. 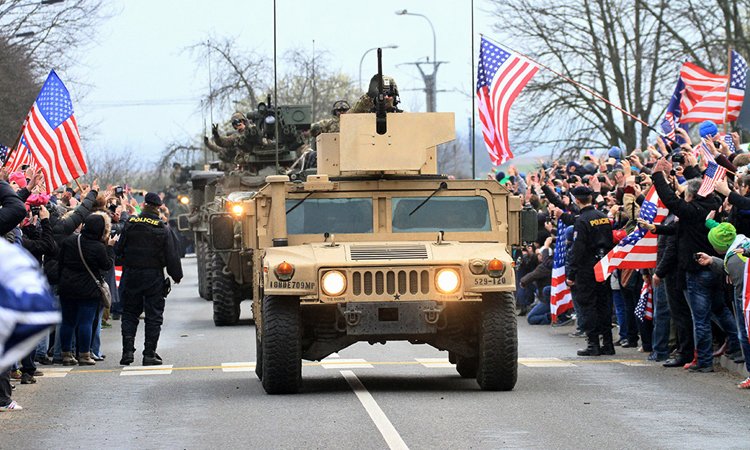 Also in May, at a pre-ministerial press conference, the NATO secretary general said the NATO military buildup on the territory of Eastern European countries is a response to “Russian aggression in Ukraine.” 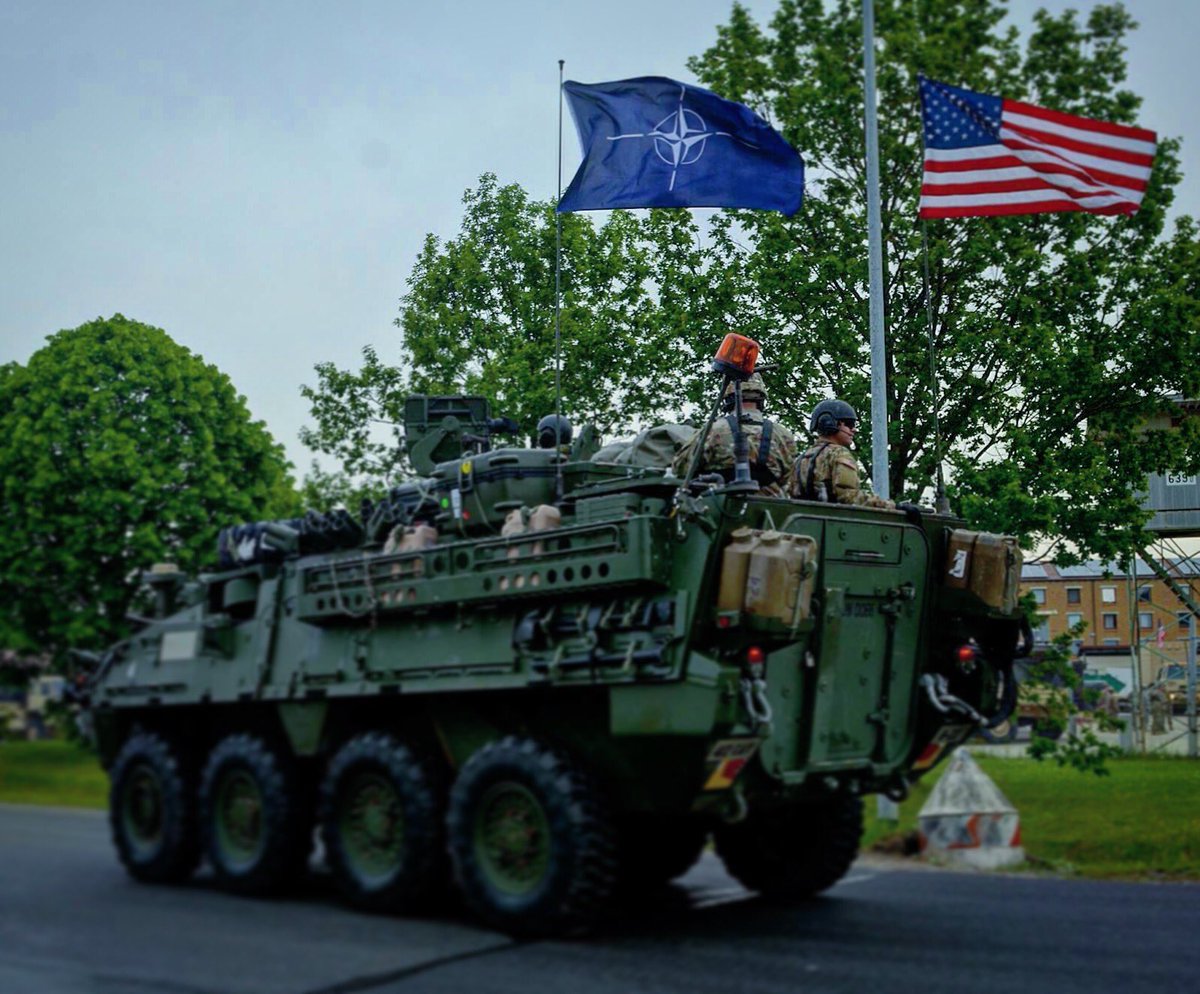 Russian President Vladimir Putin said, however, that Moscow is being forced to look for ways to neutralize threats to its national security due to deployment of the NATO anti-missile shield in Europe, after the alliance launched a missile defense site in Romania.