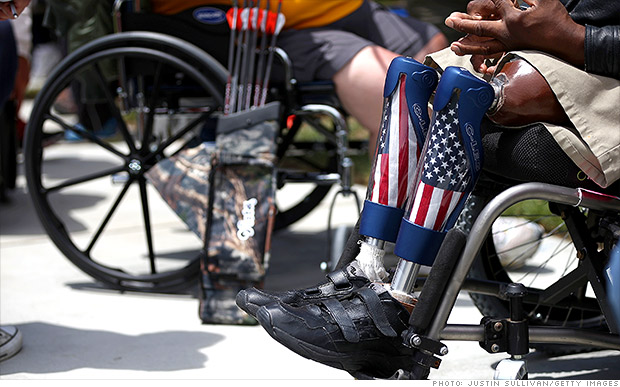 Pause this Memorial Day for a few moments and watch this documentary on how America has in many ways treated many of its active duty veterans like Lab Rats for the past 100 years ~ from WW I through the Gulf Wars, and still continues to pander or answer to the Military Industrial Complex: Allen L Roland, PhD and Disabled US Navy Veteran. On Memorial Day, politicians will speak at patriotic ceremonies all over the country and repeat their favourite mantra “Support the troops.”

This message is hammered, along with parades and gun salutes, into the American psyche at every turn. But there is a hidden, dark history that shows that many politicians are in fact no friend to service members ~ but in many ways, have been their greatest enemy

In Part I of this two-part episode, Abby Martin documents experimentation on US troops, from race-based chemical agent tests to nuclear weapons and Depleted Uranium ~ and it’s still happening.

And that’s not even counting asbestos laden Navy Aircraft carriers, like the USS Ranger, that I flew on in 1961/62 as a proud member of the VF 92 Silver Kings and also served as the squadron ordinance officer. The Ranger has since been retired, dismantled and sold for scrap.

Take a few moments today and watch this shocking documentation of how many of our veterans have been used by the Military Industrial Complex for the past 100 years ~ and remember this video when you hear “Support the Troops”.  YouTube Video / 30 minutes ~

“The ends justify the means mindset has been the impetus behind many a cruel medical or social experiment.” ~ James Morcan, The Orphan Conspiracies: 29 Conspiracy Theories from The Orphan Trilogy

Heart centered spiritual consultant and advisor Allen L Roland can be contacted at allen@allenroland.com Allen is also a lecturer and writer who shares a weekly political and social commentary on his web log and website allenroland.com. He is also featured columnist on VT and is a featured guest on many radio and Television programs.

{p}Allen L Roland, PhD is a Freelance Alternative Press Online columnist. He is also a heart centered spiritual consultant, author and lecturer who also shares a weekly political and social commentary on his web site at AllenRoland.com. He also guest hosts Truthtalk, a national radio show that airs monthly. He is available for comments, interviews, speaking engagements as well as private consultations via email at allen@allenroland.com.{/p}

www.allenroland.com
ATTENTION READERS
Due to the nature of independent content, VT cannot guarantee content validity.
We ask you to Read Our Content Policy so a clear comprehension of VT's independent non-censored media is understood and given its proper place in the world of news, opinion and media.