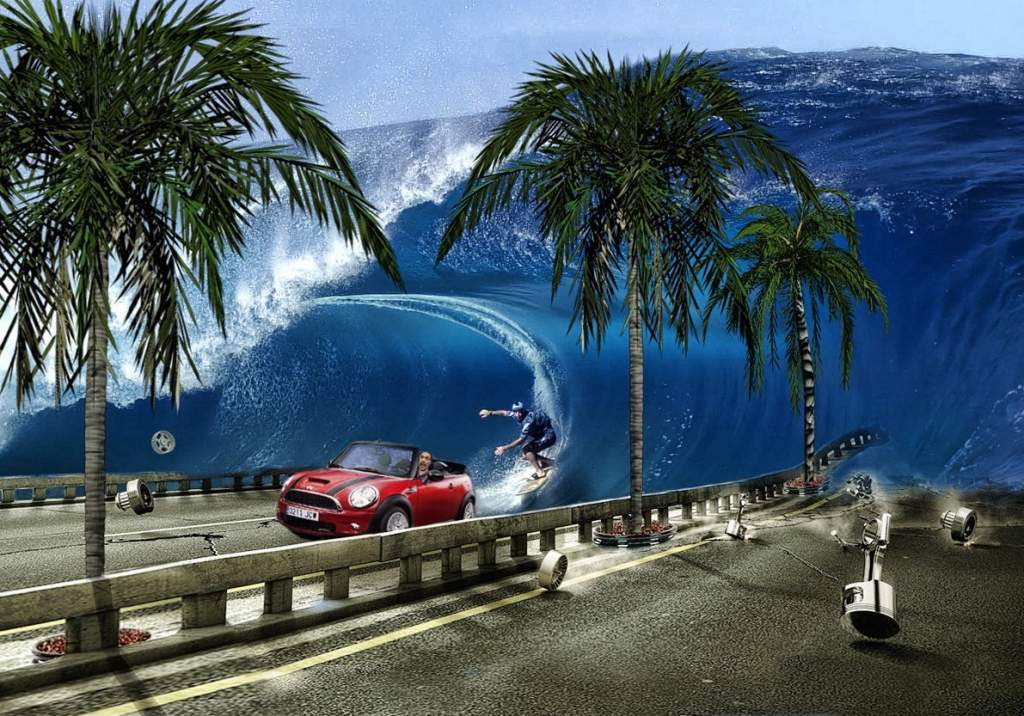 by  Uri Avnery,   …with Gush Shalom

[ Editor’s note: Uri brings us another one of his internal Israeli politics updates, focusing on the trend in Israel away from center-based political parties to the left and right flanks, which is actually a worldwide trend.

He views it as a quandary, which I certainly don’t. When the public gets tired of milk-toast hype and hustlers, they long for taste of a different kind, hence the Donald Trump-Bernie Sanders big surprise of American presidential politics this year. I don’t know a soul who saw any of this coming.

That is good in a way, because it shows the people are not the brain-washed zombies that huge fortunes in propaganda and marginal education have attempted to make them. But then there is the risk of them being the unthinking, stampeding herd manipulated via the tried-and-true fear levers.

The sad part of the American political train wreck is that, despite all the old establishment candidates being rejected like we have not seen in a long time, with the exception of Hillary, Bernie was the only real candidate for change that people had a long record to evaluate.

With Trump, the Republicans are getting a wild card, as in at the end of the day Trump is all about Trump. At the end of the day, being president would just be the ultimate game show where he can continue to run around and say, “You’re fired!”, and to cheering crowds.

But no one is yet thinking about what and who Trump would replace them with. And I will bet my money on their being solid establishment people, only beholden to Trump.

During the campaign, he kept his team mostly out of sight, as he wanted all the media attention on himself; this worked well, as shown by the incredible amount of free media he got just from playing the Trump character.

He really did turn the Republican primary into a game show, and the public lapped it up. So maybe that is quite a real reflection of how far down the public has gone, where they are in denial about that as much as our political elites are. I fear for the future, where we look around and see political loons everywhere… Jim W. Dean ]

“The best lack all convictions, while the worst / Are full of passionate intensity!” Is there a better description of what is happening in Israel now? Yet these words were written, almost a hundred years ago, by the Irish poet W. B. Yeats.

Yeats was writing shortly after the terrible slaughter and destruction of World War I. He believed that the world was coming to an end, and expected the second coming of the Messiah.

As part of the chaos, he foresaw in the same poem that “the center cannot hold”. I believe he took this metaphor from the battlefields of former ages, when the opposing armies were arrayed in two lines facing each other, with the main force in the center, and the two flanks protecting it.

In a classic battle, each side tried to destroy one of the flanks of the enemy in order to encircle the center and attack it. As long as the center held, the battle was undecided.

In Israel, as in most modern democracies, the center is composed of two or more establishment parties, slightly left and slightly right.

The leftist is the classic Labor party, now hiding behind the name “Zionist Camp” which automatically excludes the Arab minority, some 20% of the electorate.

The rightist is the Likud, the present incarnation of the old “Revisionist” party founded nearly a hundred years ago by Vladimir Jabotinsky, a liberal nationalist, in the Italian Risorgimento style.

This was the Israeli center, supported by some conjuncture-born parties.

It ruled Israel since the day of its founding. One party constituted the government, the other acted as the loyal opposition, and they swapped roles every few years, as they should in a decent democracy.

On the ‘flanks” there were the Arab Parties (now united under duress), the small but principled Meretz on the left, and several religious and proto-Fascist parties on the right. It was a “normal” set-up, like that in many other democratic countries. No more.

On the center-left, a mood of resignation and defeat prevails. The old party has fallen into the hands of a number of political dwarfs, whose quarrels among themselves obliterate all its other functions.

The present leader, Yitzhak Herzog, the scion of a good family, carries by law the glorious title of “Leader of the Opposition”, but doesn’t even know what opposition is. Some call his party “Likud 2”.

On all the vital subjects – such as peace with the Palestinian people and the Arab world, social justice, human rights, democracy, separation between state and religion, corruption – the party is mute. For all practical purposes, it is moribund or worse.

“The best lack all conviction,” as Yeats lamented. The best elements of Israeli society are dispirited, defeated, mute. On the center-right, the picture is even worse, and much more dangerous. The Likud, once a liberal, democratic right-wing party, has fallen victim to a hostile takeover.

Its extremist wing has pushed everyone else out, and now dominates the party completely. In the sense of the same metaphor, the right flank has taken over the center.

“The worst are full of intensity”. These rightist radicals are now in full cry. They enact atrocious laws in the Knesset.

They back and encourage detestable acts by policemen and soldiers. They try to undermine the Supreme Court and the Army Command. They are intent on building more and bigger settlements. These dangerous barbarians are indeed “full of intensity”.

The addition of Avigdor Lieberman to the government completes the frightening picture. Even the former Prime Minister, Ehud Barak, a measured politician, publicly announced that this government includes fascist elements.

Why has this happened? What is the root cause? The usual answer is “the people have moved to the right”. But that explains nothing. Why have they moved rightward?

That does not explain Lieberman, whose party consists of immigrants from the former Soviet Union, about a million and a half, generally called “Russians”. Why are so many of them extreme rightists, racists and Arab-haters?

A class by themselves are young leftists, who refuse to support any party. Instead, they turn towards non-party activism, regularly founding new groups for civil rights and peace. They support the Palestinians in the occupied territories, fight for the “purity of our arms” in the army, and do wonderful work for similar causes.

There are dozens, perhaps hundreds of such associations, many of them supported by foreign funds, which do wonderful work. But they abhor the political arena, would not join any party, much less unite for this purpose.

I believe that this phenomenon comes close to the explanation of the trend. More and more people, especially young ones, turn their back on “politics” – by which they mean party politics – altogether. They do not “lack all convictions”, but believe that the political parties lack all honest convictions and they want nothing to do with them.

They don’t see that political parties are a necessary instrument for achieving change in a democracy. They see them as groups of corrupt hypocrites, lacking real convictions, and don’t want to be seen in such company.

Thus we come to an astonishing fact: developments in Israel resemble processes in many other countries, which have nothing to do with our specific problems.

A few days ago there were elections for the presidency of Austria. Until now, the Austrian presidency, a ceremonial office as in Israel, passed between the two main parties. This time something unprecedented happened: the two final candidates came from the extreme right and the Greens. The voters just eliminated all the candidates from the central establishment. Worse, the near-fascist candidate only lost by a tiny margin.

Austria? A country which enthusiastically welcomed (the Austrian) Adolf Hitler only 80 years ago, and suffered the full consequences?

The only explanation is that Austrians, like Israelis, are fed up with the established parties. The two nations, of equal size, which have nothing else in common, feel the same.

In the UK, the mother of democracy, the public is about to vote for or against the Brexit, a cause identified with the establishment. To leave the European Union looks (to me, at least) totally irrational. Yet the chance of it happening seems real.

But why speak only about smaller countries? What about the lone superpower, the United States of America? For months now, the world public has been watching with growing amazement the incredible ascent of Donald Trump. From day to day, the drama, which started as a comedy, becomes more frightening.

What, for god’s sake, has happened to this great nation? How can millions and millions flock to the banner of a loud-mouthed, vulgar, ignorant candidate, whose main – and perhaps only – asset is his distance from all political parties? How could he overcome, actually destroy, the Grand Old Party, a part of American history?

On the other side there is Bernie Sanders, a much more appealing character, but one also detested by his own party, with an agenda that is quite remote from that of the majority of Americans. There is only one similarity between the two: they loathe their parties and their parties loathe them.

This seems to have become a world-wide pattern. All over South America, not so long ago a bulwark of the left, leftist parties are thrown out, and rightist figures take over.

Considering that this is happening at the same time in dozens of countries, large and small, which have absolutely nothing else in common – different problems, different issues, different situations – this is nothing short of amazing.

For me, this is a riddle. Every few decades, new ideas come up and infect a large part of humanity. Democracy, liberalism, anarchism, social-democracy, communism, fascism, democracy again, and now this kind of chaos, mostly radical right-wing, are world-wide trends. They don’t yet have a name.

I am sure that many people, Marxists and others, have a ready-made explanation. I am not convinced by any. I am just baffled. Coming back to us poor Israelis: I just published in Haaretz a practical plan to stem the deluge and push it back. I am still committed to optimism.