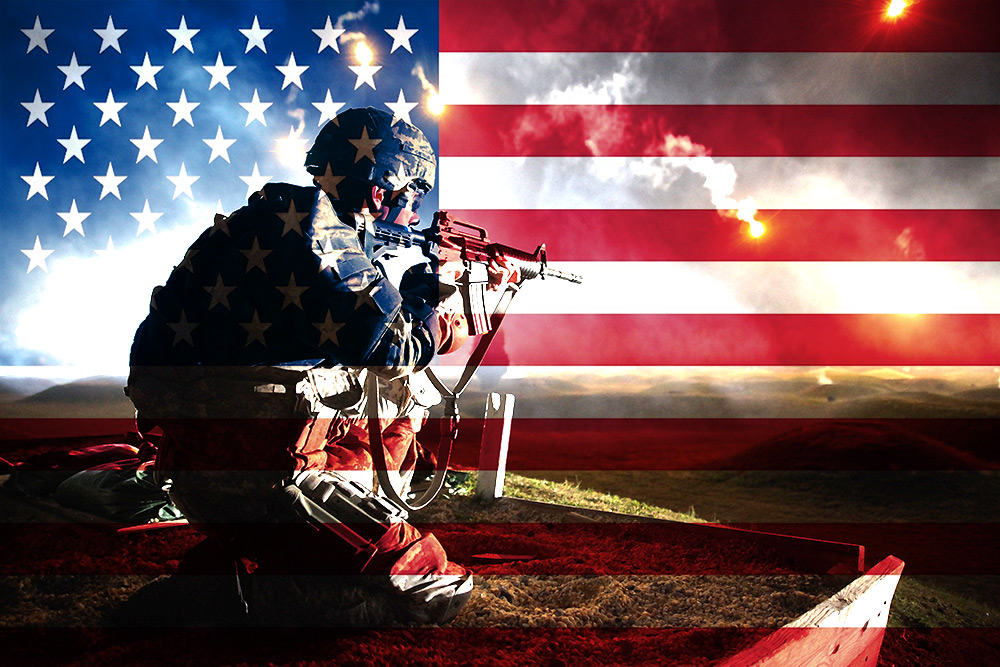 The debate over whether America is great or not was settled years ago, even before Hiroshima–when the U.S. joined Britain in battering civilian targets in Germany by air.

Hundreds of thousands of innocent German civilians were killed. President Truman compounded this folly by massive, incendiary air raids on more than 60 Japanese cities that claimed more than a half million lives. And followed this up with the atomic incineration of Hiroshima and Nagasaki.

This massive slaughter may be the mark of a powerful nation but it is not the work of a great nation. Great nations do not burn civilians alive by the hundreds of thousands. Great nations do not start wars based on lies, as was the case in Iraq. They have a moral compass. USA hasn’t had one in years. It is living in a new Dark Age of its own making and in which it has put the entire planet at risk of destruction.

Creating an arsenal of tens of thousands of atomic weapons and implanting radioactivity into conventional battlefield weapons has made America the “dispensable nation,” not the “indispensable one.” “Indispensable nations” do not bomb hospitals and newspaper offices “by accident” over and over again. The leaders who organize such strikes, and the warriors who carry them out are war criminals, plain and simple.

Imagine what the American people might do with the $1 trillion President Obama intends to squander to modernize the atomic arsenal! Here is a President who initially campaigned for office on a platform of “a nuclear free world” wasting an immense sum on atomic and hydrogen weapons that must never be used while poverty grows worse in America by the day; while cities from Camden to Detroit to Stockton to San Bernardino are going bankrupt and tens of millions lack decent jobs, food and decent shelter.

Presidents Bush and Obama who create and wage criminal wars, walk free in America, while Ashley Manning, who exposed a U.S. air strike against civilians in Baghdad and more, is imprisoned at Ft. Leavenworth; while Julian Assange of Wikileaks fame is holed up in Ecuador’s London embassy for the crime of disseminating the truth.

Ours is a nation that not only kills foreigners without compunction but even subjects its own fighting forces to illnesses from radioactive ammunition to pesticides. VA hospitals are treating men suffering from Agent Orange used in Viet Nam and from Gulf War diseases.

Most revealing, instead of treating its veterans at once for these sicknesses, the Pentagon spent years in denial. What’s more, America since 9/11 has accelerated its imbecilic germ warfare work, squandering an estimated $50-billion, in violation of international conventions against its use.

America has diminished its own stature as no foreign enemy ever could. Pollsters the world over report USA is more feared than the terrorists it denounces. America spends about as much on weaponry as the rest of the world combined and thinks nothing of listening in to the telephone conversations of its enemies, its allies, and the Pope of Rome. The world today fears America more than any other nation, and, sadly, rightly so. As Paul Craig Roberts has pointed out, USG “Is The Most Complete Criminal Organization In Human History.”

To “protect” itself from its enemies, the U.S. operates about 1,000 military bases around the world. All the other nations of the world combined have a total of 30. And it’s “War on Terror” is largely a hoax. Consider this, the U.S. released the overwhelming majority of the 779 prisoners in Guantanamo without bringing more than a handful to trial. Why not?

It’s probable that the U.S. knew it was arresting innocent men all along but didn’t give a damn. By some estimates, 80% of the prisoners sent to Guantanamo were sold to the U.S. by bounty hunters lured by American leaflets promising them big bucks. And what happened to those men at the hands of their sadistic captors can only be termed as “shocking.”

Again and again, Federal judges have found USG’s case against Guantanamo prisoners wanting and ordered their release. Men imprisoned wrongly to begin with, were torn from their families, and have rotted behind bars for years. This is not the action of a great nation but of a totalitarian one.

This Memorial Day let America remember the innocent people around the world it has wrongly arrested, wrongly tortured, wrongly starved, and wrongly killed.

This Memorial Day let us remember them and pray for forgiveness.

This Memorial Day let us close down our overseas bases and bring our troops home.

This Memorial Day, let us terminate NATO and all other such aggressive alliances.

This Memorial Day, let us expand our Peace Corps a hundred fold.

This Memorial Day let us feed the hungry and shelter the homeless among us.

This Memorial Day let us clean up our lakes and rivers, reforest our countrysides, and purify the air we breathe.

This Memorial Day let us close down our for-profit prisons and release the hundreds of thousands being held for victimless “crimes” such as marijuana use.

This Memorial Day, let us honor our pacifists and saints.

This Memorial Day, let us make a start to make America great again.

Sherwood Ross is an award-winning reporter. He served in the U.S Air Force where he contributed to his base newspaper. He later worked for The Miami Herald and Chicago Daily News. He contributed a weekly column on working for a major wire service. He is also an editorial and book publicist. He currently resides in Florida.