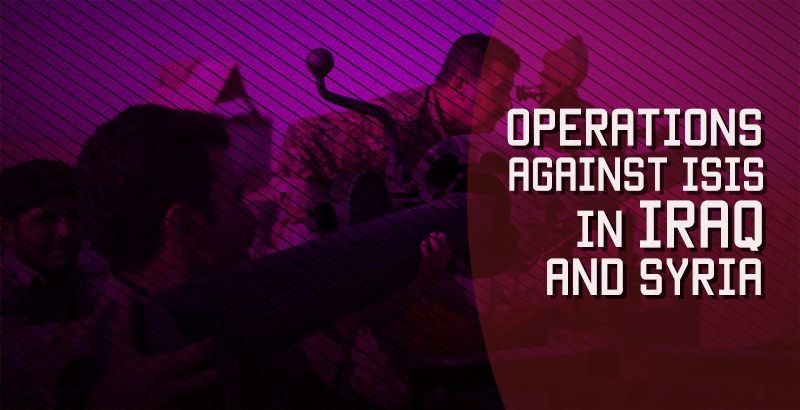 The Syrian Arab Republic’s flag was raised over the municipal building inside the city of Mu’adhimiyah on Sunday as a reconciliation agreement was put in place by local committees. Ajnad al-Sham had controlled it. All barricades inside the city are removed.

On Friday, the Russian General Staff reported that Russian had intensified air strikes against oil sites and smuggling routes to Turkey controlled by an al Qaeda affiliate in Syria, the Al Nusra Front. The Russian Aerospace Forces reportedly conduct air raids against Al Nusra and ISIS militants in the provinces of Aleppo and Homs. However, Russia’s Defense Ministry doesn’t provide information about the number of sorties and destroyed targets.

The ground operation of the Syrian Democratic Forces is ongoing in Northern Raqqa. There are clashes in the Ain Issa district, Brigade 93 and al-Nakhil area. Moreover, on May 29, the SDF launched a new operation against ISIS on the eastern bank of Euphrates. It’s aimed at recapturing the town of Tabqa.

The US-led coalition has bombarded ISIS positions with more than 150 airstrikes since the ground offensive in the area launched last Tuesday. According to Russian sources, Russian planes dropped arms and munitions to the SDF units in order to support the operation.

In the area of Fallujah, the Iraqi Security Forces and the Popular Mobilization Forces continued operation against ISIS. On May 28, the allies took control of Sijar and the Sijar bridge, the Mukhtar village and nearby Islamic cemetery. Separately, Iraqi forces advanced south of Fallujah, recapturing the villages of Al-Hoor and Albu Hawah. We remember, the Iraqi Army has declared on Saturday the start of an operation to liberate Fallujah’s city center. The operation is shifting to urban warfare while Iraqi forces are completing the siege of the city.

The Kurdistan Region Security Council annouced on May 29 that the Kurdish Peshmerga forces launched a military operation East of Mosul in Iraq’s Nineveh Governorate. The strategic goal of the operation is to increase pressure on ISIS militants in and around the city. Kurdish units already seized 7 villages, including Muftia, Tal Aswad. Some 5500 Peshmerga troops reportedly participate in the opperation.

The offensive is supported by the US-led coalition’s air power. There are also reports that the US soldiers loading armored vehicles have been seen outside the village of Hassan Shami, a few miles east of the frontline.