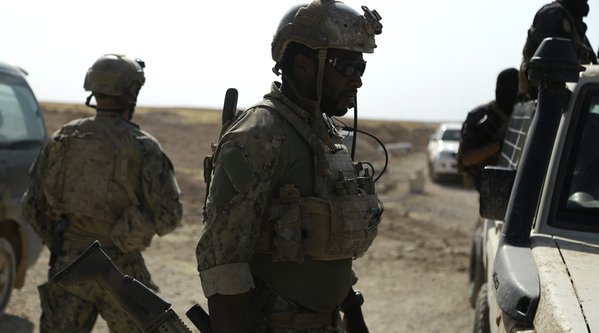 Armed men in uniform identified by Syrian Democratic forces as US special operations forces walk in the village of Fatisah in the northern Syrian province of Raqa on May 25, 2016. © Delil Souleiman / AFP
Turkey has questioned its relationship with the US, with the deputy prime minister saying it is “unsuitable” for soldiers of a country which is friends with Ankara to wear the badges of a “terrorist organization.”

Turkey’s deputy prime minister and government spokesman Numan Kurtulmus was referring to an incident in which US Special Forces operatives were photographed fighting alongside Kurdish militia against Islamic State (IS, formerly ISIS/ISIL) in northern Syria. The Pentagon said the American forces had only been present in an advisory capacity. 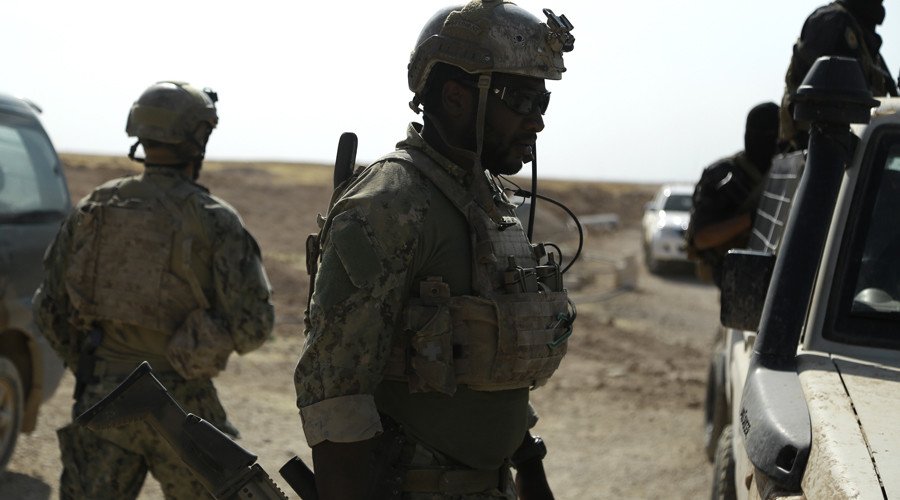 The politician also added that he does not believe that the US will continue its current approach in Syria as this would hurt relations with an important ally like Turkey.

Ankara has become enraged by the US continuing to support Kurdish YPG forces in Syria in their fight against IS. Turkey considers the Kurdish forces to be a terrorist organization with ties to the banned Kurdistan Workers Party (PKK), which is fighting its own battle against Ankara in Turkey.

In February, Turkish President Recep Tayyip Erdogan launched a furious attack on the US, telling Washington to choose between Turkey and – as he put it – the “terrorists.”

“Is it me who is your partner, or the terrorists in Kobane?” Erdogan said, adding that both the PYD and the YPG are“terrorist organizations.”

The presence of more than a dozen US troops in the village of Fatisah, north of Raqqa which were caught on film by a photographer for Agence France-Presse (AFP), has done little to calm tensions between Ankara and Washington.

“Our special operations forces in the past have, yes, worn insignias and other identifying marks with their partner forces,”Pentagon spokesman Peter Cook told reporters on May 26.

They “do what they can to blend in with the community” and enhance their own protection, Cook said, citing operational security in refusing to confirm or deny any details about the troops involved.

In an effort to get the US to stop cooperating with Syrian Kurds, Ankara has proposed creating a joint force with Washington in order to conduct a special operation inside Syria.

“If we join forces, [the US] have their own special forces and we have our special forces,” Foreign Minister Mevlut Cavusoglu said, as cited by AFP. “A second front should be opened but not with the PYD.”

“The subject we are discussing with the Americans is the closure of the Manbij pocket [strategic border area] as soon as possible… and the opening of a second front,” he added, in reference to the route which IS uses to smuggle fighters and weapons into Syria.