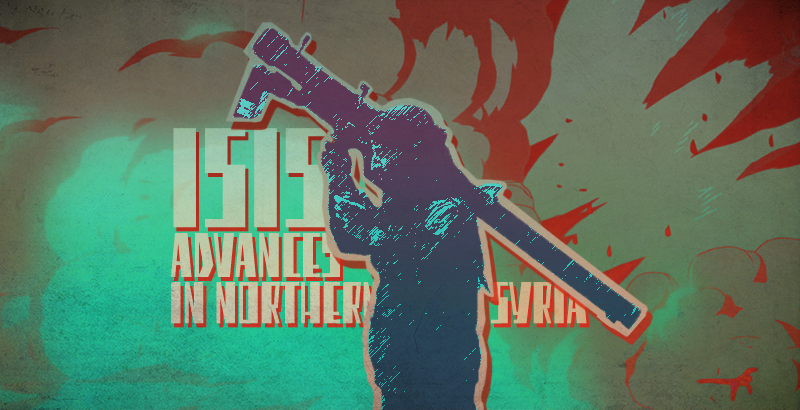 The ISIS terrorist group and other militants have been clashing for the strategic logistical hub of Azaz in Northern Syria. On May 27, the ISIS terrorist group reached the gates of the strategic logistical hub of Azaz. ISIS units have seized several towns and villages from Turkey and US backed militants and split the territory, held by these groups into two, cutting a key road linking Azaz to the town of Marea.

On May 28, the armed groups launched a counter-offensive between Azaz and Marea, regaining villages: Niyarah, Naddah, Tatiyah and Sandaf. However, they weren’t able to develop the success. Heavy clashes continued on May 29 and May 30 with controversial reports that the so-called “moderate opposition” was able to regain control of Kafr Kalbin and Kaljibrin, easing the siege on the city of Marea. These reports ignore the fact that clashes, indeed, are ongoing at the whole frontline, including these villages. If the modern dynamics is saved, ISIS will be able to re-take the city of Marea in the nearest future.

According to SouthFront sources, this became possible because the Turkish-controlled units of Turkomans, they and Al Nusra are the main rebel striking forces in the area, have retreated from the frontline without confrontation with ISIS. The Erdogan regime allowed ISIS to seize the part of Northern Aleppo because of 2 reasons.

The first is to draw the attention of the predominantly Kurdish Syrian Democratic Forces and the US special operation units from the advance on the Raqqa city. This move has been successful because the US has been already preparing an offensive in Northern Aleppo with SDF units.

Now, the US is concentrating a striking force in the area of Manbij. The second is to show the US that without Turkish support they aren’t able to defeat ISIS and the Raqqa operation could become much more complicated than it has been expected.