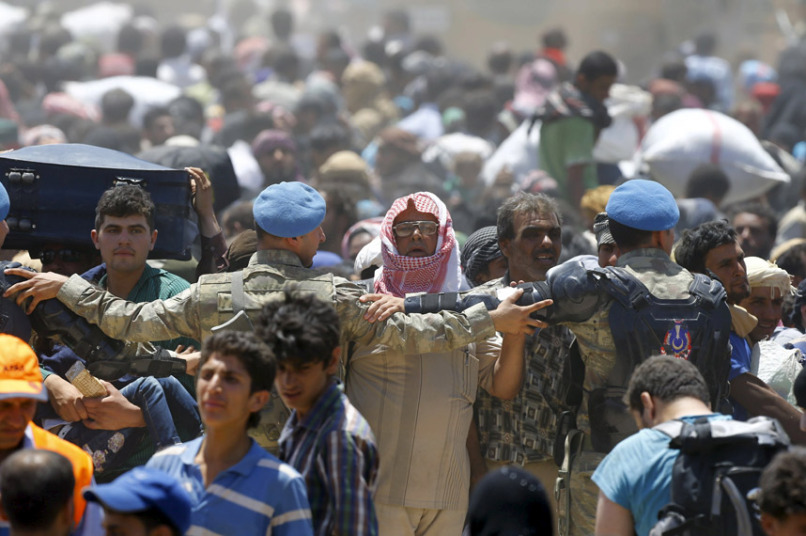 by  Jim W. Dean,  VT Editor    … and Press TV, Tehran
–
[ Note:  I can understand why the US is wanting to drag the Syrian ceasefire into “nowhere land” where it can then blame that result on Assad refusing to step down, when the peace talks were started with a “no preconditions” qualification, one quickly ignored by the Saudi High Negotiation Committee, the US partially and Turkey, the Saudis and Israel, with no penalties whatsoever.
–
Turkey is so confident that it has now demanded that Russia, Iran and Hezbollah, all there by invitation of the Syrian government…get out, but of course leave Turkey free to continue supplying it terrorist proxy groups. Over the weekend Erdogan even proposed a joint special operations  offensive with the US, but excluding the PPK.
–
The US will refuse this of course, and the Erdogan will spin that domestically that the US is the one not cooperating in a joint effort to defeat the terrorists. By not attacking his credibility the EU, NATO and the US have have him in a much stronger position to  counter attack them diplomatically.
–
The EU, who needs to stem the refugee tide seems to be acting like a deer in the headlights, as the best way to do that is to end the fighting by wiping out the terrorist and sanctioning their supporters, but we see they don’t want to do that a the use if proxy terrorists is a big business by many Western countries. No one wants to focus attention on their own guilt in all this… JD ]
____________

– First aired on May 30, 2016 –
–
There are many women and children among the people forced to leave Mare’ and A’zaz on the outskirts of Aleppo province. The two towns have been under the control of foreign-backed militants while Daesh is trying to push them out.
–

Thousands fled offensive by ISIL against 2… by presstv
–
Reports say at least 29 civilians have died in the crossfire since Daesh launched the assault early on Friday. The militant infighting has also killed over one hundred terrorists on both sides. The United Nations has expressed concern about some 165,000 civilians who have been trapped by the fighting between Azaz and the closed Turkish border.
–