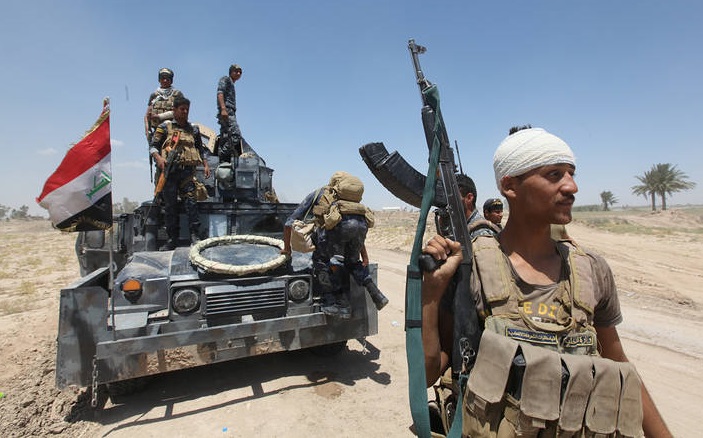 [ Note: ISIL fighters inside Fallujah are being estimated in the 500 to 1000 range, with 20,000 Iraqi troops, local tribes and Shia militias attacking from three sides. Who will win is a given.

But the trick will be, as always, to do so with reasonable casualties and not handing ISIL a political victory if a lot of civilians are killed, by claiming that the Shia militias massacred them.

For the Iraqi military command, it needs to show some skills in inner city fighting to instill some national confidence that their forces are capable of the big Mosul fight to come. This will be very nasty with booby traps galore, and the usual honeycomb of tunnels which ISIL has had a long time to prepare for…JD ]

Iraqi government forces are fighting their way further into the city of Fallujah despite tough resistance from Daesh Takfiri terrorists.

The top commander of the Fallujah operation says Iraqi troops are battling for the city center from three directions. General Abdel-wahab al-Saadi noted that the army managed to fend off a fierce counter attack by Daesh terrorists killing dozens of them.

Iraqi forces entered Fallujah on Monday after days of heavy fighting. Meanwhile, the United Nations Refugee Agency says some 3700 Iraqis have fled the city over the past week.