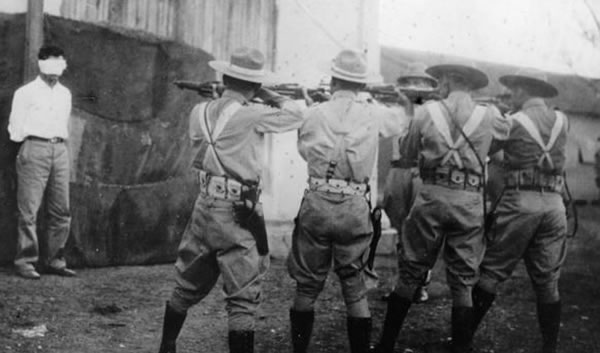 The European Commission has reached an agreement with four major Internet tech companies on the terms of a “code of conduct” governing “illegal hate speech” on social media platforms. The companies are Facebook, Twitter, YouTube and Microsoft.

The announcement was made May 31 and comes just four months after a high-ranking Israeli official called for an “international coalition” to force social media outlets to eliminate “hate” or “incitement” in user posts and threatening legal action against those who fail to comply.

“By signing this code of conduct, the IT companies commit to continuing their efforts to tackle illegal hate speech online,” says the European Commission’s formal announcement. “This will include the continued development of internal procedures and staff training to guarantee that they review the majority of valid notifications for removal of illegal hate speech in less than 24 hours and remove or disable access to such content, if necessary.”

“Hateful conduct has no place on Twitter and we will continue to tackle this issue head on alongside our partners in industry and civil society,” said Karen White, Twitter’s Head of Public Policy for Europe.

“We remain committed to letting the Tweets flow. However, there is a clear distinction between freedom of expression and conduct that incites violence and hate,” she added.

The Code of Conduct adopts the definition of hate speech incorporated into a Framework Decision on racism that had been previously adopted in 2008. Under that framework, “public incitement to violence or hatred directed against a group of persons or a member of such a group defined on the basis of race, colour, descent, religion or belief, or national or ethnic origin” would be considered a criminal offense, as would “publicly condoning, denying or grossly trivialising crimes of genocide, crimes against humanity and war crimes…when the conduct is carried out in a manner likely to incite violence or hatred” against such a group or individual.

It is impossible to glean from the EC press release what part Israel or its European lobbies may have played in advocating for the new measures, but we do know that at a cabinet meeting in January, Gilad Erdan, Israeli Public Security Minister, discussed plans to form an “international legal coalition” of countries with the objective of pressuring social media companies to remove “incitement” from their platforms.

Erdan’s views on the matter are discussed in a January 19, 2016 Times of Israel article that even names three of the four companies–Facebook, Twitter, and YouTube–who signed on to the European Commission’s code of conduct this week. The coalition would “take action against social media platforms if they do not proactively prevent the use of their systems to upload videos, songs, photos, and other content that inspire would-be terrorists to pick up knives, guns, rocks, and other weapons to attack Israelis,” says the report.

Apparently under the scheme envisioned by Erdan, one does not actually need to advocate an act of violence to be guilty of an offense; one might simply post a song, video or photo that might conceivably “inspire” someone else. The ultimate goal would be “developing legislation in Israel and abroad to prosecute social media platforms for failing to keep calls for violence and hateful materials off their platforms,” as the article puts it.

The Internet companies “make millions but claim they are not responsible for content, and that they only provide a platform,” commented an Erdan spokesperson quoted in the story. “That is not going to wash. We are planning to put a stop to this irresponsibility, and we are going to do it as part of an international coalition that has had enough of this behavior as well.”

The spokesperson described unnamed European countries as being “very interested in this idea,” and went on to add: “The legislation would have common features, such as defining what constitutes incitement and what the responsibilities of social networks regarding it are. Companies that do not comply will find themselves hauled into court, paying a penalty.”

The article also includes links to material allegedly posted by Hamas officials or individual Palestinian activists, including an anatomical chart designed to show which parts of the body to aim for in order to fatally stab someone, but as one commenter here notes, postings of this nature are “tiny in comparison to the volume of material going up on the Internet, and there are already more than sufficient methods in place to deal with such incidents and get them removed.”

That would seem to be the case judging by the sheer number of reports we hear of Facebook pages getting deleted or videos being pulled from YouTube. However, a study published by a French Jewish group, the UEJF, or Jewish Students Union of France, alleges that more than 90 percent of posts they viewed as objectionable on Twitter and YouTube remained online an average of 15 days after requests for removal had been filed. Facebook is said to have been somewhat more obliging to the demands, deleting a third of the posts.

According to Bloomberg, the study was conducted by UEJF in conjunction with two other groups, SOS Racisme and SOS Homophobie, and a lawsuit against Twitter, Facebook and Google was filed in a Paris court earlier this month.

According to the report, the content still online includes a comment on Facebook saying that “homosexuals are disgusting;” a YouTube video that uses a derogatory term for black people and said “go back home you apes;” and a Twitter post that applauded the Brussels attacks and stated “Death to the Jews.”

Conveniently, the terror attacks in Europe seem to be providing a good bit of the justification for the measures. The attacks are cited in both the Times of Israel report and the European Commission’s press release as well.

“The recent terror attacks have reminded us of the urgent need to address illegal online hate speech,” said Vera Jourová, EU Commissioner for Justice, Consumers and Gender Equality. “Social media is unfortunately one of the tools that terrorist groups use to radicalise young people and racist use to spread violence and hatred.”

“While we are perhaps the biggest sufferers of Arab incitement, we are not the only ones,” said Nitsana Darshan-Leitner of the Israel Law Center. “The Europeans, after all, have in recent years been given devastating tastes of what that incitement can lead to — in the terror attacks in Marseille, Paris, Toulouse; in the stream of Muslims in Sweden identifying with IS, and many other incidents and attacks, large and small.”

The Times of Israel article notes that Israel already has on its books “the legislation needed to prosecute Facebook and other social media sites for anti-Semitic content,” but as Darshan-Leitner points out the big companies could simply cut off services to the Jewish state should it attempt enforcement on its on.

“That is why Erdan is seeking to build this international coalition. There’s safety in numbers; if Facebook et al. know they are going to have to face the music in a dozen countries, they will be much more amenable to being proactive on this matter than if they were just contending with Israel.”

The code of conduct agreed to this week provides a mechanism of “self-enforcement,” as it were, under which the companies will be “taking the lead” insofar as reviewing notifications of material deemed objectionable–an exercise that in all likelihood will require the hiring of additional employees–and deleting those which presumably cross the line. Just exactly where “the line” will be seems to be rather subjective, however.

For now this determination is left to the companies–surely a disappointment to the hardliners in Israel–but that could change. A few more terrorist attacks in Europe and we could well see the emergence of an EU-wide censorship regime imposed on social media, a regime whose regulations pro-Israel lobbies likely would have a large hand in crafting.

This could of course supply a motive for a false flag attack–a tactic Israel has not been averse to using in the past.