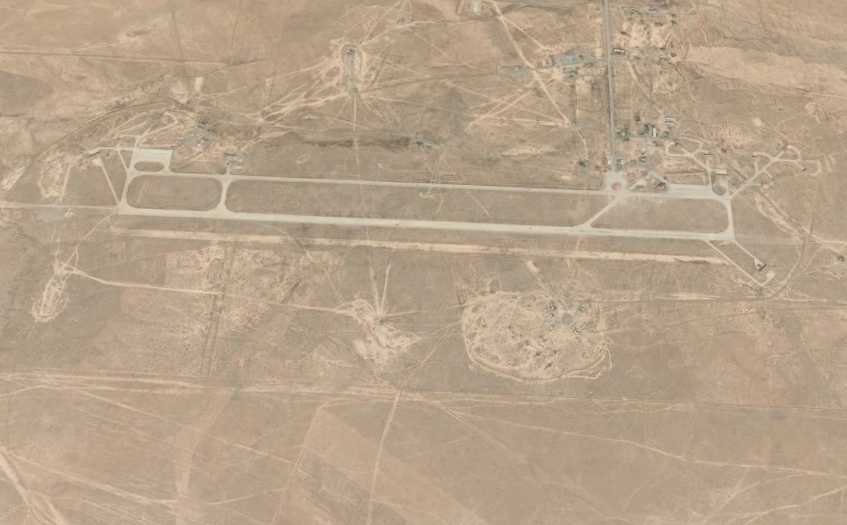 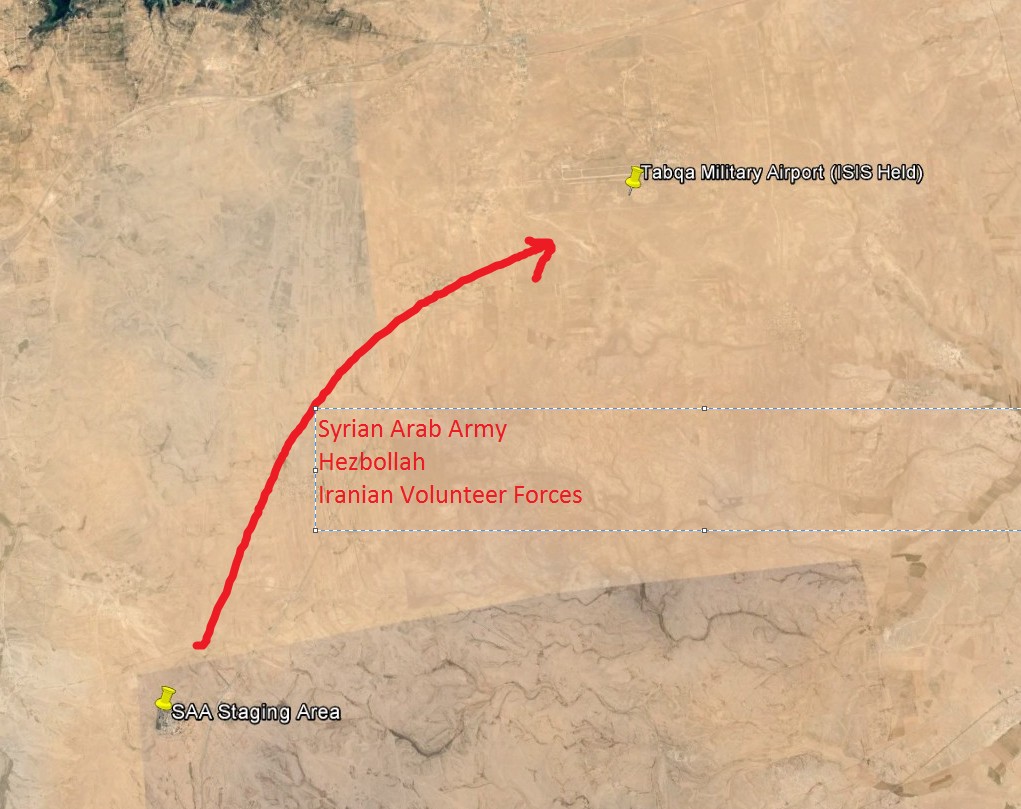 Exclusive:  Iraqi forces have captured an Israeli military commander trying to escape from Fallujah.  We expect to have his identity in a few hours.

Sources in Damascus have told VT that this drive, supported by Russian Aerospace sorties, is advancing through the night to seize the ISIS held airport after it was learned that America planned to open a major base there, dominating this vital region, part of a secret agreement to split Syria, a plan made showing a shocking level of cooperation between “strange bedfellows,” most notable an American deal with ISIS against Damascus.

Thus far today, ISIS has lost 15 armored vehicles to Russian air attacks, while the Syrian Arab Army is moving steadily northward against light to moderate resistance.  Russia has centered its air efforts against resupply convoys moving south out of Raqqah and is choking off units in the area.

Our sources tell us that Russian intelligence learned of a meeting in Azaz, scene of what is being reported as significant fighting between ISIS and Syrian (Kurdish) Democratic Forces.  Azaz is a key transit point for arms flowing into Northern Aleppo from Turkey.

The meeting between American, Turkish, Israeli and SDF representatives, joined by military operational leaders of the Free Syrian Army, ISIS and al Nusra, outlined a staged “theatrical” chain of events intended to move ISIS ostensibly out of Northern Syria and replace them with a Turkish/Israeli consortium which has, in actuality, managed ISIS all along.

A VT source with a SDF unit near Hasakah noted that US air strikes on ISIS positions, in support of the Kurdish advance, were careful not to inflict casualties but rather to allow ISIS to safely withdraw forces on what those on site believe to be a predetermined schedule.

This schedule, we believe, was arranged for in Azaz, indicating full cooperation between the US, Turkey, Israel and terrorist forces in both Syria and Iraq, and that Kurdish forces are fully complicit.

Much of Syria’s wealth is centered around Raqqah, explaining why ISIS sought this as their capitol. 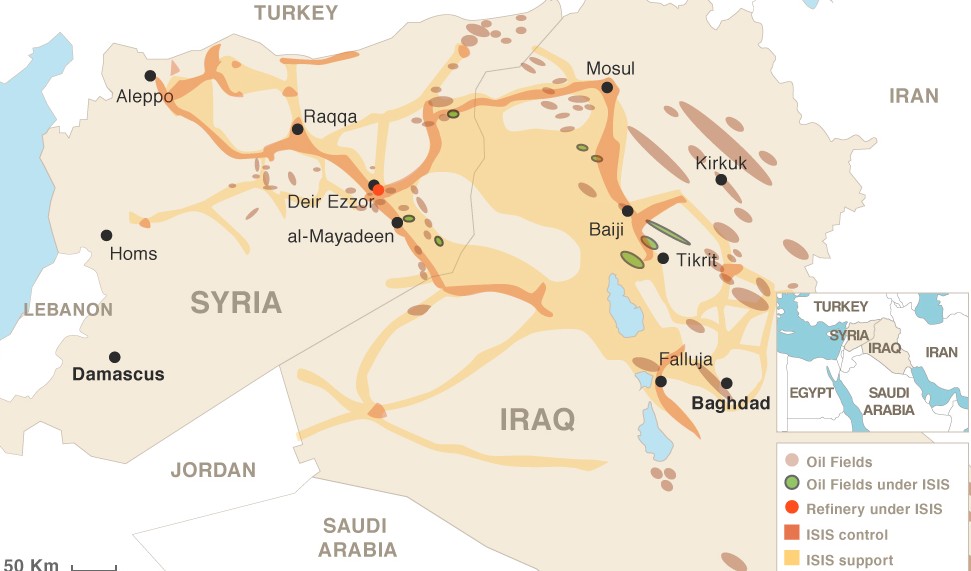 It isn’t just oil fields south of Raqqah, this is also home to Syria’s largest hydroelectric facility as well, the real power behind ISIS.  This is the largest source of fresh water in the entire Middle East, which sustains the wheat and cotton production that drove the Syrian economy.

What You Aren’t Being Told

The US had originally contracted with the Syrian Democratic Forces, paying off their leadership, to turn over areas they took control of to the Free Syrian Army, this was when the US felt there was a chance of setting up a puppet regime in Damascus.

As the situation on the ground, particularly after Russian forces rebuilt the Syrian Arab Army in 2015, changed making this contingency unrealistic.  What had become clear is that the “rope-a-dope” phony war against ISIS being waged by Washington, using up time while Turkish, Saudi and Israeli backed “moderate head choppers” wore down Damascus, was no longer going to give a favorable result, not with the Syrian Arab Army on the move.

Then US then, with a decision said to be made by Secretary of Defense Ash Carter, ordered the dismemberment of ISIS units, partially shutting down ISIS as though it were an American controlled irregular military force.

The US would then have SDF forces move Westward against Manbij, in Eastern Aleppo province while temporarily suspending the drive on Raqqah, in actuality, a feint.  The real purpose was to take control over the dam, the airport, and turn it all over to the Kurds, territory that had been Arab/Assyrian for 4 thousand years. 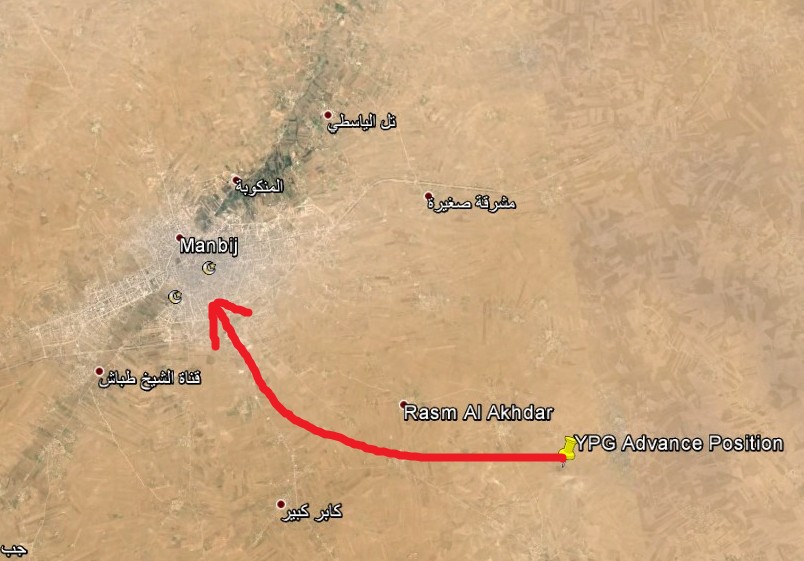 Who Are the Syrian Kurds?

Kurdish maps floating around the internet show a region of ethnic penetration that covers half of Turkey and across well into Iran, and in some cases all the way to India.  Most of this is fiction.  There are, however, over 20 million Kurds, mostly in Iraq, Iran and Southern Turkey with a contingent that has spread into Northern Syria.  They are not “from” Northern Syria but have rather encroached on Assyrian and Arab populations that can demonstrate continuous habitation since the 4th Century.

How this applies today is in the SDF move south from Hasakah, an Arab city, into Raqqah, into a region that has never had a Kurdish presence and where Kurds, even were they part of an American coalition against ISIS, will still to be seen as interlopers.

Over the past 48 hours, up to 5,000 Saudi controlled ISIS militants have left US training camps inside Jordan, entering Syria in Daraa Province.  These recruits are from Afghanistan, Bosnia and Chechnia and were recruited with full complicity of the CIA.