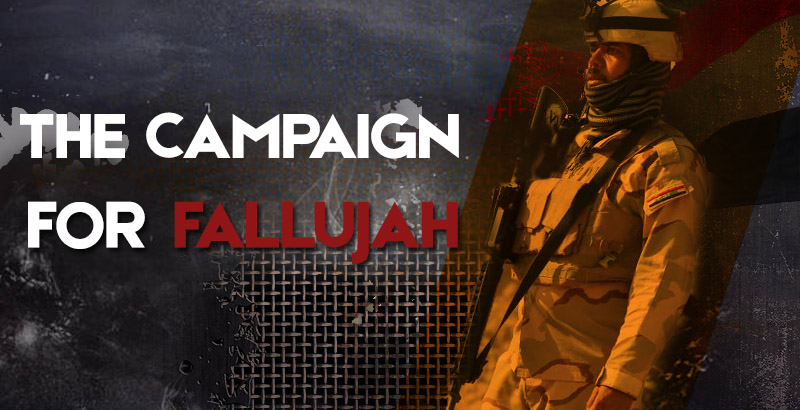 On May 30, units of the Iraqi army and the Iraqi counter-terrorism forces entered the city of Fallujah, located 50km from Baghdad. Commander of the Fallujah operation, Lt. General Abdul-Wahab al-Saadi and other sources in the Iraqi military argue that the security forces have gained a significant progress in the operation, aimed to liberate the city center, but ISIS militants maintain a significant resistance.

There are 2 versions that could explain such statements. The first is this is a common practice of providing wishful stories for the audience. The second is the Iraqi authorities have achieved some success in negotiations with the local clans about a formal capitulation as it was in Ramadi. This is possible if the Iraqi government is ready to allow the transition of the administrative power to the local Suni sheiks.

In this case, major destructions won’t occur in the Fallujah city and Baghdad will achieve one more diplomatic success. This will provide Iraq’s Prime Minister, Haider al-Abadi additional options to remain in power despite the riots and Muqtada al-Sadr’s attempts to overthrow the prime minister. For sure, al-Abadi believes this is much more important that any terrorist threats or liberated cities. Muqtadā al-Ṣadr is an Iraqi Shia cleric, politician and militia leader. He is the leader of a political party, the Sadrist Movement and the leader of a Shiite militia, called Saraya al-Salam.

The split in the Iraqi Shia community is an important issue, especially amid the high number of al-Sadr’s supporters in the Iraqi special services and the police. Indeed, the US has been pushed to recognize that any coordination with these branches of the Iraqi authorities is impossible. Meanwhile, experts say that al-Abadi doesn’t believe to his own security agensies.

Recently, the Iraqi Prime Minister has appointed an ethnic Kurd, Major General Fadhil Jamil al-Barwaria as a new head of his personal protection team. Many believe al-Barwaria is a confident person of the President of Kurdistan Region, Masoud Barzani. The president’s personal protection team is strengthened by Kurds and now consists of 350 fighters. The only reason is al-Abadi’s support amoing the Shia citizens is reduced.

Another important fact is that the alliance Barzani-al-Abadi has anti-Iranian traces. Al-Abadi believes that the recent riots in Baghdad hasn’t been possible without an Iranian support while Barzani is under the pressure of the Iranian-backed political alliance of Jalal Talabani and Nawshirwan Mustafa.