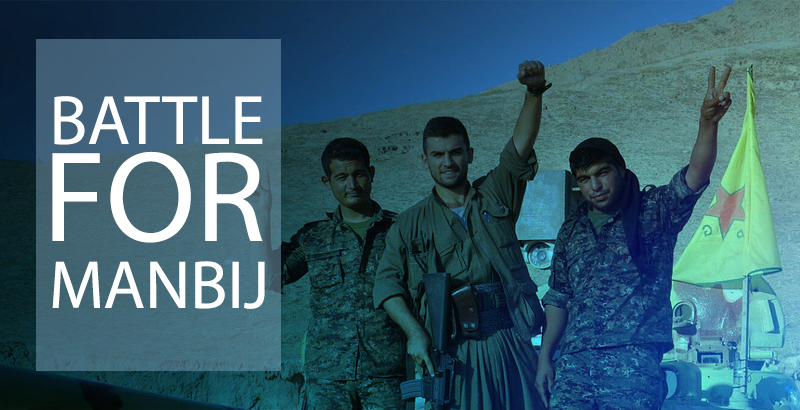 On June 3, the ISIS terrorist group launched a full-scale advance at the rebel stronghold of Mar’e. ISIS units stormed Mar’e from two different axes – from the north and from the south, resulting violent clashes in the area. The Turkish artillery was reportedly conducting a cross-border fire towards the ISIS positions near Talalen, north of Mar’e.

After freeing 17 villages in East to Manbij, the predominantly Kurdish Syrian Democratic Forces (SDF) took control of Al-Madasah from ISIS on June 1. The control on the Qara quzaq bridge allows the SDF to develop the advance in the area. On June 2, the SDF seized the villages of Jawathah, Al-Hammam, and Al-Bourtoghali. Now, SDF units and US special operation forces are within 11 km of Manbij.

The operation’s goal is to cut the ISIS terrorist group off from an area the group uses to move weapons and fighters across the border.The territory between the towns of Manbij and Marea is a crucial issue in the fight against ISIS. This area is known as the Manbij Pocket. If it’s captured, ISIS will be isolated from the Turkish border and the last funnel for foreign fighters will be cut off. This will also clear the way for an assault on the city of Raqqa, which is the ISIS self-proclaimed capital.

On June 2, the SAA and its allies liberated the Abu Al-Zayn Mountains and Al-Masbah area along the Salamiyah-Raqqa Highway in the Hama province, deploying at the outskirts of Al-Zakiyah in Western Raqqa. Now, the SAA’s goal is to seize the strategic Al-Zakiyah crossroad. This move will open the way to Tabaqa Military Airport. If it’s seized, the Syrian Arab Air Force will be able to use fighter helicopters actively in the province of Raqqa.