The Egyptians believed that their purpose was to be an image of the heavens above in order to have peace and prosperity throughout the country down below.

The heavens consisted of the “gods,” the planets, stars, and constellations. It was a knowledge of astronomy, mathematics, and geometry, and this knowledge was reflected on earth with the Sphinx, Zep Tepi, the first time when the waters parted from the waters and the mound of earth rose out of the primordial swamps. They carved this Zep Tepi in the form of a dog, Anibus, after the Dog Star Sirius. Minibus faced the east, and in August when the star Sirius was the morning star before the sun rose, the Nile used to flood, bringing with it fertile silt that brought life to the whole of the Nile Valley.

Sirius was called the Mother of Egypt, Isis, the mirror of Isis, a name much maligned in the 21st century and misused by a group of killer terrorists who bring anything but life to the Middle East. marking out the times and the seasons in exact precision. Again astronomy, knowledge. The sun god went under various names. Amen, Ra and later Aten.

The Pyramids were later built on this plateau and aligned with the belt of Orion, whom they called Osiris. The husband of Isis. Their child Horus, born of the lotus flower in the Nile, the son of the “gods,” later embodied in the form of the Pharoah, who as a dutiful son of the “gods” maintained the Houses of the “gods” along the Nile. Heaven reflected on earth below. Consider these words:

“Thy kingdom come, thy will be done, on earth as it is in heaven.”

“In my father’s house there are many mansions, I go to prepare a place for you.”

The Egyptians unquestionably believed in life after death, that they would ascend to heaven. A place which unlike on earth was perfect and suffering and toil did not exist. They believed that as the sun set in the west, so their lives set, hence the “god’ Seth is associated with death; but like the Nile when it flooded every year, the promise of Isis and the promise of Amen the sun, they would be reborn to a new life after passing through the 12 hours of darkness. The Egyptian holy book was not called the book of the dead as we refer to it, but the Book of the Coming Forth of Day. It was a celebration to a resurrection of a new life. Consider these words:

“I am the resurrection and the life. Though you are dead, yet shall ye live.”

Egypt was teaming with life that constantly renewed and replenished itself. It was life itself. Symbolized by the Ankh held in the had of Isis who through the flooding of the Nile gave birth and rebirth over and over again. A constant cycle of life is everlasting.

The only place left on earth today that looks remotely like it, is the Okovango Swamps. The real wonder and blessing of Egypt was not the Pyramids or the Temples; it was the land, the wildlife, and the fertility of the soil which led to an agricultural society with domesticated animals, which, unlike many other countries that surrounded it, did not suffer starvation and famine during years of drought. The climate was mild and did not go through extreme temperatures of heat and cold. It was, to put it bluntly, a paradise on earth. As a result, the Egyptians honored the earth Geb and the Sky Nut, who brought them abundance and prosperity. It was heaven on earth. If you are looking for the Elysian fields, here they are.

The temples lining the Nile, the Houses of the “gods,” were painted in brilliant colors that reflected green, blue, yellow, brown, and red, the colors of earth and sky. But also of something else that the Egyptians took for granted – gold, which reflected the life-giving Sun off the buildings. Take a look at these exquisite photographs of Nefertari’s tomb and imagine that every single temple that lined the Nile was painted in these colors. It was a magical wonderland. The Egyptians also had something else. Music, poetry, prose, and laws governed the behavior of the nation. As a result, they were gentle people, honest, caring, and giving people, where children and family played a major part in society. Maat, who balanced the scales of justice. Here are a few:

Copied Into The Ten Commandments

Give your years and hear what is said,
Give your mind over to their interpretation:
It is profitable to put them in your heart,
But woe to him that neglects them!
Let them rest in the shrine of your insides
That they may act as a lock in your heart;
Now when there comes a storm of words,
They will be a mooring post on your tongue.

The Hyksos, the Jews, the Assyrians, the Babylonians, the Persians, the Greeks, the Romans, the Arabs, the Turks, the French, the British, the Germans, and the Americans, all have stolen and benefited from Egypt’s wealth. The land, the wildlife, the temples, the art, the culture, the halls of learning. Knowledge. A place where once heaven was on earth.

With all the rubbish going on around Egypt and her symbols and the now fashionable occult trends, I think it is time Egypt spoke for herself and wiped away the misconceptions. Of more importance than the Pslams et al, is the Tree of Knowledge, the Tree of Life and what it really was. Not what Kabalists claim it to be and leads people down a morass of convoluted interpretation and occult symbolism. They stole the idea from Egypt, and having no living river of their own turned it into the pictorial tree you see now. To keep it short, it is based on the 12 constellations, the 12 provinces of Egypt and their corresponding “gods” which the Talmudists turned into the 12 tribes of Israel. Which in turn transposes into the 12 Apostles. It also represents the 12 hours of the day and the 12 hours of the night. 12 inches in a foot. It is all based on celestial time, measurement and number in accordance with the heavens. Astronomy, mathematics, geometry.

By stealing ancient knowledge from the Tree of knowledge, they were thrown out of the garden of Eden and barred from the Tree of Life. There is a very real story to this. The Jews were settled on the island of Elephantine. The local “god” of this particular island was Khnum, the potter “god” Sound familiar? He made people out of clay on a potter’s wheel. They upset the locals who eventually threw them off the island. From what I can gather it was during the Persian invasion because the Jews saw the Persians as liberators who led them go back to Palestine. However, the Egyptians saw the Persians as invaders which could account for the controversy. So you have Gen 1 which is in keeping with the Tree and the whole system of belief and you have Gen 2 about the demi local “god” the potter on Elephantine island.

And today there are those who dare to call themselves Isis. Gangs of marauding bandits destroying Syria are funded by the very same people who once plundered Egypt. 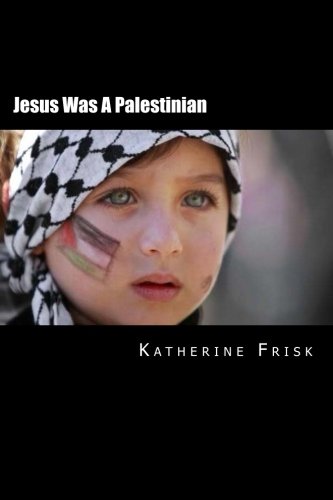 Take a look at what is going on in the Middle East. Take a look at the religious wars. The women and children were sold into slavery and raped. The men were massacred. Ancient history is ground underfoot as we have seen in Palmyra, all of these regions stole from Egypt at one point or another.

“I am the light which is on them all. I am the All, and the All has gone out from me and the All has come back to me. Cleave the wood: I am there; lift the stone and thou shalt find me there!” Gospel Of Thomas

We have now not only raped Egypt, but we have also raped, pillaged and plundered the whole earth. Sacrificed it on our alters along with our own children in senseless wars of theft and destruction.

I think it is time to walk like an Egyptian.