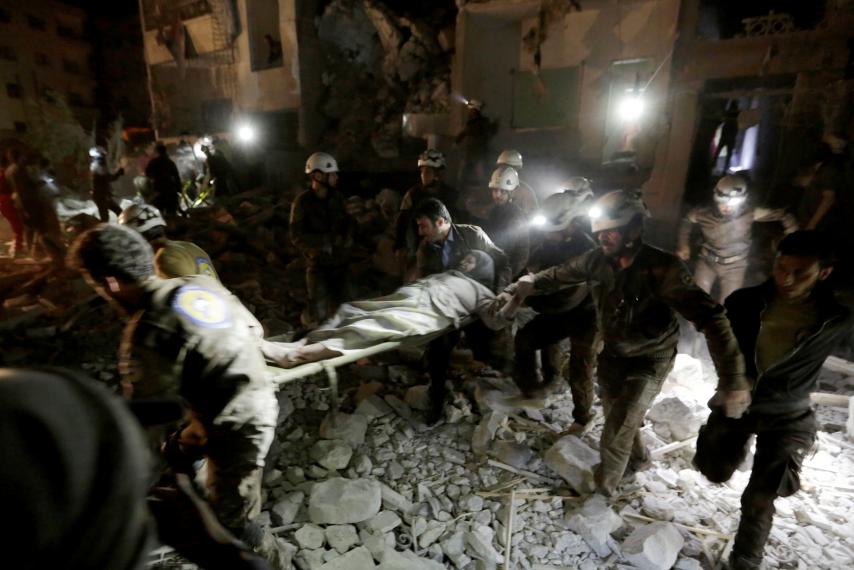 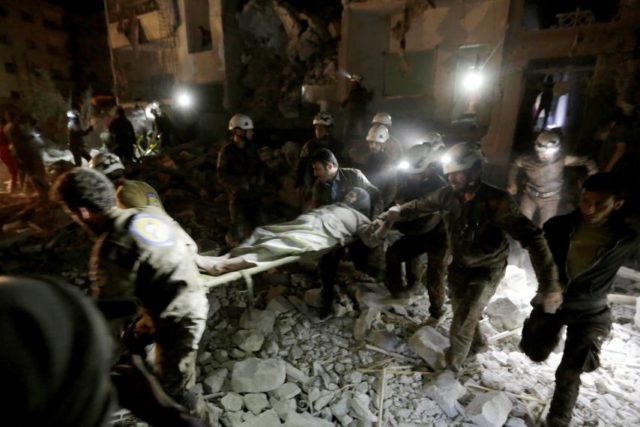 [ Editor’s Note: There is no big surprise here, another scam bombing hoax blamed on Russia. It is all just part of Turkey’s MIT Intel agency thinking it is being cool using NGO’s under its control to manufacture these fake stories, another side of Turkey’s terror activities in the Syrian war, media terrorism.

As usual, the investigated mainstream news reporters never seem to be able to discover these stories, or they know that editorial policy as their media platform has such topics on the red line list. Western media is just a hollow shell of what it once was, even with the “influencing” problems that existed back then.

But at least in those days government had to ask to have stories not published for national security reasons. Now the media platform censor themselves knowing their advertisers will let them know what they don’t like. And by that I don’t mean the product companies, but the handful of big advertising firms that do the media ad buys for them.

They ruled with an iron fist by being able to move Fortune 500 ad placements to one’s competition. This was the main weapon used in the independent media days, but less so now with the consolidation of local media.

The big problem for us now is that even exposure of such hoaxes does not have much impact as there is no public outrage. The politicians get negligible phone calls and they know the public’s attention span is short with most things blowing over in a few days at most, so they just keep their heads down.

It is a major systemic problem for us. Exposing a fraud in only like buying a lotto ticket in terms of getting it fixed… Jim W. Dean ]

The UK-based Syrian Observatory for Human Rights blamed Russian Aerospace Forces for conducting airstrikes in Idlib, it seems the group has once again spoken out before getting their facts straight as the exact same photo was first used by Al-Jazeera six months ago.

The Russian Ministry of Defense denied conducting any such strike. Russian jets did not conduct any operations in the Syrian province of Idlib, Russian Defense Ministry spokesman Maj.-Gen. Igor Konashenkov said Tuesday.

“There were neither military tasks nor airstrikes by Russian jets in the province of Idlib,” Konashenkov said.

The photo purportedly of a ‘Russian airstrike on Idlib’ was in fact first used by Al- Jazeera six months ago.

The photo was used by Al-Jazeera on November 30, 2015, when it published an article by Diana Al Rifai. In the article it was said that a bakery which was established by Turkey’s largest humanitarian organization, IHH, was targeted by suspected Russian airstrikes in Idlib.

Russia was blamed by Syrian opposition activists for the attacks which left 44 people dead. It is not the first time that Russia has been blamed for attacks it did not carry out.

In September 2015, evidence emerged showing that the “White Helmets,” a controversial quasi-humanitarian organization was fabricating ‘evidence’ of Russia’s ‘disastrous’ involvement in Syria.

The organization had  published a photo on its Twitter account, depicting a bleeding girl claiming that the poor child was injured along with a number of civilians during the Russian airstrike launched on September 30.

However, the false claim was immediately exposed: Twitter users discovered that the photo of the wounded girl was actually taken on September 25, 2015, five days ago.

The White Helmets in their haste to point the finger of blame at Moscow managed to tweet about Russia’s airstrikes several hours before the Russian Parliament actually authorized the use of the Air Force in Syria.

Back then, investigative journalist and peace activist Vanessa Beeley pointed out that the White Helmets (formerly called the Syria Civil Defense) was not created by Syrians and certainly does not operate in Syria’s interests.Funded by the UK, US and the Syrian Opposition Party, the controversial organization works mainly with the rebel group Jabat al-Nusra, the infamous al-Qaeda affiliate.

Western media has also presented Russian anti-Daesh operations in Syria as their own.

Back in February 2016, TV Channel France 2 showed footage of Russian planes bombing Daesh, claiming them to be the work of the US-led international coalition. The French state-funded media also accused Moscow of not bombing Daesh and “targeting civilians” all the while showing footage, originally released by the Russian Defense Ministry.

France 2 isn’t the only media that used footage of Russian airstrikes to praise the actions of the US-led anti-Daesh coalition. Last November, PBS NewsHour showed a video of Russian planes hitting Daesh oil storage facilities and claimed it was the work of US airplanes. In December, Euronews did the same thing.