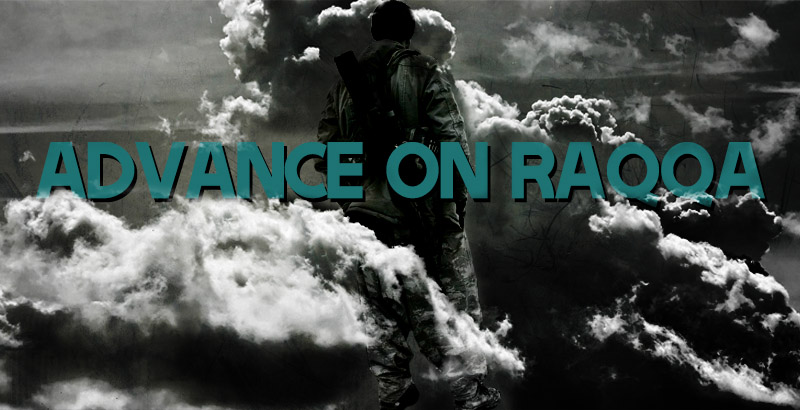 Pro-government forces, led by the Syrian Arab Army’s 4th Mechanized Division and Desert Hawks and supported by the Russian Aerospace Forces, are advancing deeper into the Raqqa province. By the situation on June 5, the pro-government forces seized the city of Zakia, the nearby Zakia crossroads and the village of Bir Abu al’Allaj. Now, the SAA and its allies need to seize the Tabaqa Military Airport and consolidate the gain in the area, setting the ground for further advances on the ISIS self-proclaimed capital, Raqqa. The Syrian government forces use Russian-made T90C main battle tanks in the area. This confirms the importance of the operation for the Syrian government.

Thus, despite the complicated situation in the province of Aleppo, where the Jaish al-Fatah operation room successfully advances near the city of Khan Tuman, the Syrian government forces have started a competition with the US-backed Syrian Democratic Forces (SDF), dubbed “Who will seize Raqqa?” Indeed, the situation in the Aleppo City is also complicated for the predominantly Kurdish SDF. On June 4, the Russian Ministry of Defense reported that Kurdish units have withdrawn from the Sheikh Maqsoud district of the Aleppo city under the perssure of Al Nusra and Ahram al-Sham. Militants used rocket artillery, mortars and anti-aircraft cannons to attack neighborhoods of the city. About 40 civilians and troops were killed by the shelling and some 100 injured. We remember, in May, the Russian military staff reported that Al Nusra front concentrated a 6,000-strong attack force in the area of Aleppo.

The SDF, supported by the US-led coalition air power and spearheaded by U.S. special operation forces, continued military operations in the areas nearby to the city of Manbij. The approaching SDF units encircle the ISIS-controlled Manbij from northern and southern flanks. Recently, the SDF seized the village of Kabir al-Kabir, located 5 kilometers south of Manbij. However, this operation in Northern Aleppo has withdrawn a significant force of the SDF and its US supporters, halting the attempts to launch a full-scale operation to liberate the city of Raqqa in the nearest future.
South Front