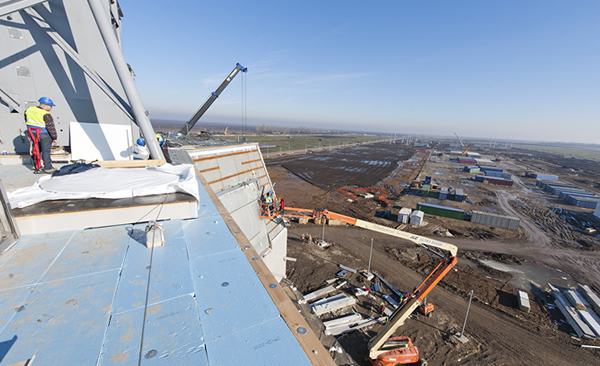 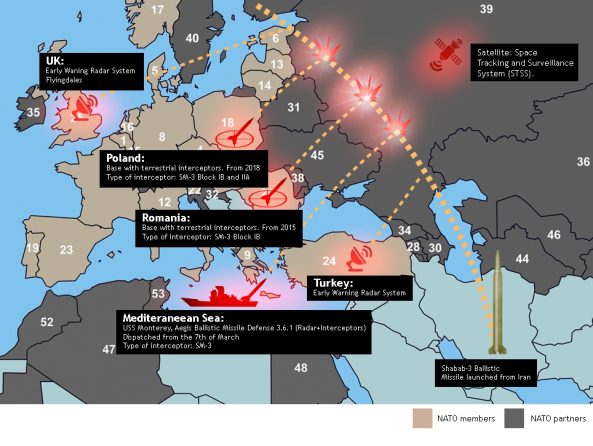 [ Editor’s Note: NATO is obviously going to do whatever it wants, as there is no mechanism for stopping it, via six-figure massive protests in the respective countries where forces are being deployed.

Most of the affected citizens look at it as free money, having outsiders pay for defense that they don’t have to. Gone are the days of the Philippine nuns lying down in front of the tanks to support the overthrow of their corrupt regime.

Ex-US Ambassador to Russia, Michael McFaul, gave an interview in Estonia this week, pumping up the fairy tale of the Russian threat as part of his pandering for an administration slot, maybe as Secretary of State. The path to power is not really serving the public interest, but those exploiting them.

It shows how stupid these Russian border countries are. All advanced-placement NATO forces are hour-one targets in the next war, and would have to be taken out quickly before they could fire their first-strike weapons to take out any Russian medium-range retaliation capability.

This creates a hair-trigger situation, actually putting these border countries in a less secure situation, where a simple technical malfunction could trigger a war, something even a third-party hacker country could initiate.

But is seems there is no cure for mass stupidity or greed. Public disapproval is something that we see easily controlled in almost all situations. The need is to just put layers of decision makers between the top and the bottom, so the public wears itself out punching air, finally realizing that it is hopeless and settles for just trying to protect their own homefront.

And this goes for most of the internet crowd. Those not organized for political action with the required structures and funding are out of the picture most of the time, as they have no “boots on the ground” capabilities.

They are too loosely organized and can only weigh in politically in very close elections. But in between elections, they can be ignored. This is a hollow democracy, one in holographic form only, and the political version of a computer virus… Jim W. Dean ] 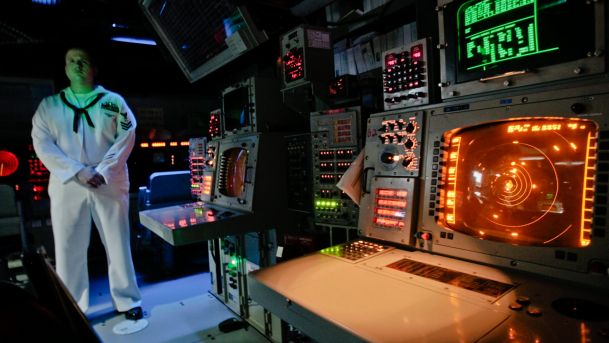 Last week Russian President Vladimir Putin warned that the placement of U.S. missiles in nearby countries such as Romania and Poland will lead to a “Russian response”. In an unprecedented escalation of Cold War aggression, NATO now ups the pressure on an already unstable policy crisis. 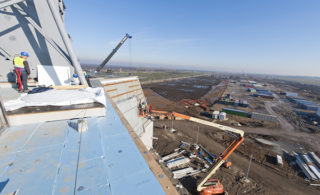 Reuters and other western media report that Romania is now in “Putin’s crosshairs” should a confrontation ensue. In a redux of history, Romania seems bound to be an anti-Russian pawn as in previous wars. And Poland’s leadership proves once-and-for-all they are witless puppets.

This latest escalation is the most serious of all, considering the nature of the weapons being deployed and their locations. But NATO (and its lap dogs) contend the systems are aimed at stopping incoming missiles from Iran. Considering Iran does not even have the capability to strike itself with 100% effectiveness right now, it’s laughable what the Washington/Brussels war talkers are spitting out.

The missile installation in Romania is the first land-based defensive missile launcher in Europe. It is part of a larger NATO defense shield that includes a command-and-control center at Ramstein Air Base, Germany, a radar installation in Turkey and four ships capable of identifying enemy missiles and firing their own SM-3s, based in Rota, Spain.

The reality of this situation is exactly as Mr. Putin suggests. NATO is intent on eliminating Russia’s retaliatory capability, while at the same time adding first strike capability for NATO. Russia cannot allow this to happen. This is the whole point here.

Poland Foreign Minister Witold Waszczykowski claims to Polish are horrified Iran is about to launch a nuclear strike. To quote Mr. Waszczykowski:

“President Putin should know very well that the anti-missile shield in Poland has no relevance to Russian security. This system is to defend Europe from a missile attack from the Middle East.”

Iran-Poland Attack: Not Likely Until the Year 2525

But Iran does not even have a program in place that would facilitate such an attack. To suggest this is a huge lie, and Mr. Putin has called it as much. These anti-ballistic missile systems are designed to negate retaliation in the event NATO was to launch a blitzkrieg on Moscow.

Russia’s fears, that defensive missiles can be reprogrammed as offensive ballistic missiles, are valid here too. First and foremost, it’s necessary to clear up this “Iran” fear for Polish leaders.

The WikiLeaks revelations from 2009 cables show clearly that Poland’s leaders fear Russia far more than Iran. Not only this, but they also show the US tone toward these NATO partners.

“Sharing most, if not all of our views” is how the wording goes when US Ambassador Victor Ash reported to Washington as his tour ended. Interestingly, Ash sits on the the Broadcasting Board of Governors, which essentially rules western propaganda. The point being, Poland’s leadership is lying through their teeth, and everybody knows it.

As for Romania, former President Traian Basescu flat out called President Putin a liar, and jabbed at Romania’s current President Klaus Iohannis for not having jumped up and down like Yosemite Sam over the Russian response to NATO’s latest idiotic move. But just who is lying, who is stupid, and who is just a sellout?

First of all, an Iranian ballistic missile attack against Europe could not even be possible for the next few years, even if a program for long range capability were in place.

The most capable missiles now, the Sajjil-2 ballistic missiles under development, will not even be accurate enough to guarantee a target at these ranges. An Iran strike of more than 2,000 miles is as likely to hit the wrong country as it is the target nation, given the notoriously inaccurate weapons the country now possesses.

The Russian President’s concerns over the Deveselu facility that officially became operational this month in Romania are legitimate, and with frightful implications. The offensive capabilities of these weapons systems, if aimed at Russia, are nowhere to be found in ANY Congressional report I can find.

Mr. Putin also outlined these concerns to reporters in Greece:

“At the moment the interceptor missiles installed have a range of 500 kilometers, soon this will go up to 1000 kilometers, and worse than that, they can be rearmed with 2400km-range offensive missiles even today, and it can be done by simply switching the software, so that even the Romanians themselves won’t know.”

In order to understand how onerous these lies must be for the Russians, it’s necessary to recall a moment when US President Barack Obama assured then Russian President Dmitry Medvedev he’d take care of Russia’s concerns when he was reelected. In the ultimate sidewinder reversal, Obama’s open mic gaff back in 2012 stinks up this whole affair. Obama was accidentally recorded saying to Medvedev:

“On all these issues, but particularly missile defense, this, this can be solved but it’s important for him (Vladimir Putin) to give me space.”

Most people do not even realize that these Aegis and SM-3 Block IIA interceptors’ site plans were never really abandoned at all. Obama and the West promised to stop, but there’s no way those sites could have be operational now unless preparations had not been ongoing. Also, the “offensive” capabilities of these systems are veiled as well.

The newest versions are can destroy Russian satellites in low orbit, on top of the anti-retaliatory capabilities.

More important still, it is suggested that the SM-3 Block IIA now in development by Raytheon, will have limited nuclear weapons delivery capability of an offensive nature (see decommissioned W80 nuclear warhead for Tomahawk cruise missiles).

The Block IIA’s design closely resembles a small version of the Trident ICMB, and the payload capability matches the profile of a medium range ballistic missile. Research is obviously top secret, but Navy experience reminds me that an “Orbital Boost Vehicle” would enable exactly what Mr. Putin claimed. These missiles could be refitted to deliver a lethal nuclear or EMP first strike on Russia.

This Defense Industry Daily report shows a formidable shore based ABM system with every increasing capability, derived from the US Navy Aegis Cruiser systems. So Mr. Basescu’s posturing is best left in the cartoon realm, for this is no funny game. Putin and Russia will do what he says, and the Romanian system has already been certified as operational.

Russia is already pushed back to the wall by the EU and NATO, next they will move forward. The Polish and Romanian people have a right to not just know, but to understand the true implications of operational ABMs like these on their soil. Older readers will remember the ABM agreements back in the Reagan days. Space weapons and ABMs were the real détente killers back then, and they are even more so today.