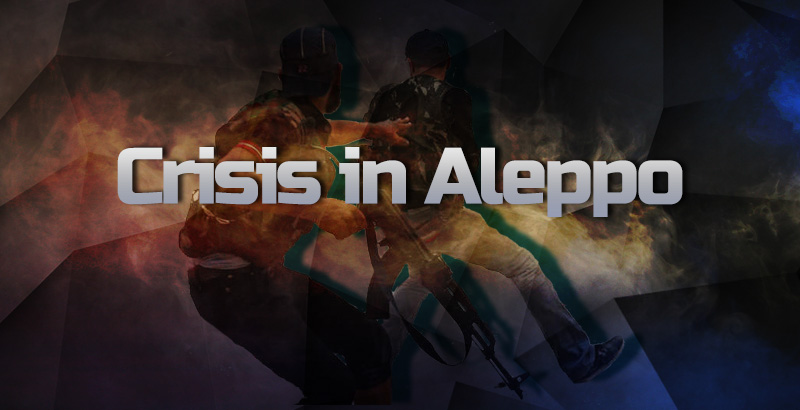 The recent advances of Al Nusra and Ahram al-Sham in the Sheikh Maqsoud district and the Jaish al-Fatah operation room, which also includes Al Nusra and Ahrar al-Sham, near the village of Khan Touman, have almost scrubbed any initiatives to set a ceasefire regime in the Aleppo city and nearby areas, showcasing that rhetoric about bad humanitarian conditions and the start of the Muslim holy month of Ramadan are a merely part of the ongoing PR-war against the Assad government and its allies. The strategic goal is prevent the advances of pro-government troops and operations of the Russian aerospace forces in the Aleppo city and in Northern Syria, in general.

The only answer to this challenge is a constant military pressure on all Syrian armed groups that ignore attempts of the cessation of hostilities. Russia’s Foreign Minister Sergey Lavrov said on June 6 that Russia will provide “the most active” air support for government troops in and around the city of Aleppo. In this case, such groups as Ahrar al-Sham and Jaish al-Fatah should be a legitimate target of the Russian air power. If the Washington directly recognizes these al-Qaeda-linked groups as a moderate opposition on an official level, it will be a PR disaster, threating to undermine the US diplomatic position on Syria in the nearest future.

In turn, the toleration of conditions when Islamist militants were able to prepare and storm Aleppo districts was a mistake of Russian military advisers and the Syrian military. Initially, Saudi and Turkish backed groups passed the areas near the city of Mare to ISIS. This allowed them to re-deploy a significant force to the Aleppo city and the Sheikh Maqsoud district. Al Nusra and Ahram al-Sham units were strengthened by arms supplies from Turkey. Furthermore, there were reports about Turkish troops among the militant groups. According to experts, Turkish military advisers have been providing strategic planning and other support to Al Nusra and Ahram al-Sham at least since the middle of 2015. The fact that ISIS didn’t stormed Mare, when Al Nusra and others conducted operations in Aleppo, proved at least tactical military cooperation between Al Nusra and ISIS. The advance was covered by the US-led diplomatic and PR campaign, doubted “Don’t bomb the moderate opposition”. As result, the military situation in the Aleppo city worsened.