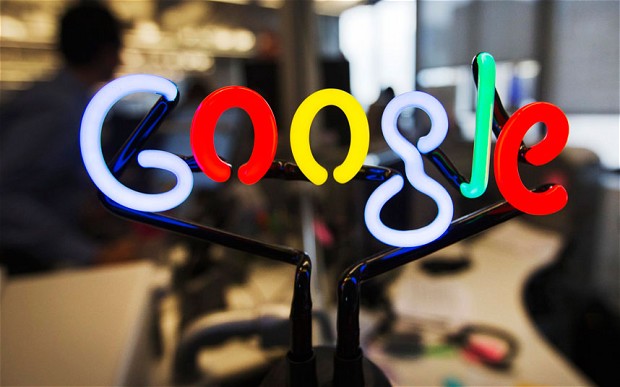 [ Editor’s Note: There is another war going on beneath the noses of these various nations’ publics, which will have long reaching consequences. I had never heard of “full revolvers”, in terms of post-government people doing lobbying; nothing new, but they then go back into government, or the other way around.

Google has decided to nip any government relations problems in their infancy, by having an early warning system in place and plenty of time to do whatever deal fixing is needed.

This will take corporate influence into the stratosphere and kick public interest to the curb. That will be something for people “to handle”, with good rewards for those who are good at it.

Is the whole show becoming a racket? Not really, because it has pretty much always been a racket. It is just becoming a more sophisticated one; the combination of a growing high tech world, and the voters getting more and more distant from the loyalties of their elected “multi-career” officials… Jim W. Dean ]

A new report has raised concerns about Google’s influence in European politics, revealing a “revolving door” between the tech giant and politicians. It follows research which proved a similar relationship between Google and Washington.
The study, conducted by the Google Transparency Project (GPT), found at least 80 “revolving door” moves over the past decade, finding instances in which Google hired government employees and European governments hired Google staff.

“Google, now part of Alphabet Inc., has hired at least 65 government officials from all over the European Union since 2005,” the GPT wrote on its website. Twenty-six of those officials came from the UK.

The initiative listed a couple of Google’s recent hires by name, including Tomas Gulbinas, former ambassador-at-large for the Lithuanian government, and Georgios Mavros, an adviser to a French member of the European Parliament. Google hired both officials as lobbyists last year.

The GTP alleges that Google’s “government hiring blitz” is “part of a renewed drive to boost its influence in European policy circles after a tentative deal to settle the European Commission’s anti-trust investigation fell apart in 2014.”

The initiative says the tech company “dramatically stepped up” its “revolving door” hires in Europe in 2011, just after the European Commission launched its first investigation into alleged anti-trust violations by Google. A total of 18 “revolving door” hires were made that year, more than double the previous year and more than three times any other year covered by the report.

Meanwhile, 15 Google execs were also appointed to government positions in Europe, “gaining valuable contacts at the heart of the decision-making process,” the GTP wrote.

The report specifically names Baroness Joanna Shields, a former managing director for Google, who was appointed as the UK’s Minister for Internet Safety and Security at the Department for Culture, Media and Sport, as well as Eric Schmidt, who was appointed by British Prime Minister David Cameron to his business advisory council.

A total of five people were “full revolvers,” meaning they “moved from government into Google and back into government, or vice-versa.” One of the examples cited is Nigel Huddleston, who left the UK Conservative Party to work as Google’s Industry Head of Travel before becoming a member of parliament in 2015.

Despite claims that Google’s actions are aimed at strengthening its influence, a spokesman for the company told the Guardian:“European politicians have many questions for Google and about the internet. We’re working hard to answer those questions, helping policymakers understand our business and the opportunity for European businesses to grow online.”

The report on Google’s tightness with European governments comes less than two months after similar research was published on the tech company’s “revolving door” relationship with Washington.

That research, released in April, found that employees of Google and “associated entities” had visited the White House 427 times from January 2009 to October 31, 2015.

“The meetings were attended by at least 169 Google executives, from the company’s senior ranks down to software engineers, and 182 White House officials,” according to the GTP.

The Google Transparency Project is an initiative run by the Campaign for Accountability (CfA) – a US organization that aims to “hold those who act at the expense of the public good accountable for their actions.”