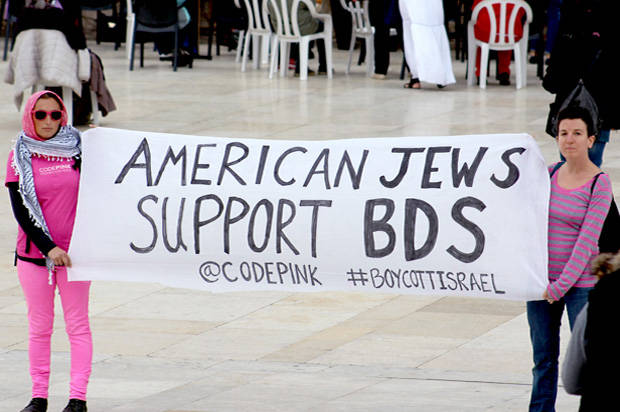 …is the fact that it is very successful in evoking manifestations of the ultimate forms of Jewish power.

NY Governor Andrew Cuomo declared this week: “If you boycott against Israel, New York will boycott you.”

New York’s governor is putting all companies and individuals that support the Boycott, Divestment and Sanctions movement on a blacklist. But what led the Catholic governor to pander so shamelessly to Israel and its lobbies?

This is exactly the question BDS leaders would prefer to avoid.

BDS was formed to bring the occupation of Palestine to an end.  It mistakenly contends  that Israel is an ordinary (colonial) state that can be forced to change its policies by a few insignificant boycotts. The BDS movement has consistently ignored the fact that Israel defines itself as the ‘Jewish State.’ It is supported by the vast majority of Jews and enjoys the total support of pretty much every Jewish institution worldwide.

The BDS leadership has tried to ignore the fact that pro Israel Jewish lobbies (AIPAC, CRIF, CFI, LFI etc.)  are dominating Western foreign affairs pushing for global wars (Iraq, Syria, Libya, Iran). The BDS seems to forget that it is Jewish oligarchs that dominate media, Hollywood and finance. Israel is far from being either alone or an ordinary state.

Since Israel is the Jewish State, one would expect BDS to boycott all Jewish institutions and businesses throughout the world that are linked with the Jewish State and its crimes. One would expect, for instance, BDS to boycott George Soros who invests in Israel and in the occupied territories. This is obviously a bit problematic because Soros’ Open Society Institute also supports BDS directly and indirectly.*

One may wonder how is it possible that after so many decades of Israeli brutality, the Palestinian solidarity movement is still struggling to grasp the most fundamental fact about the oppressor: Israel doesn’t define itself as the Zionist state.’ It calls itself ‘the Jewish state.’ It is the face of world Jewry and it carries the flag most Jews around the globe identify with.

The Palestinian solidarity movement in its current form is dominated by Jewish activists.  It is, in essence, a Jewish project designed to divert attention from the ‘J’ to the ‘Z.’

In recent years we have seen JVP, Mondoweiss and BDS running relentlessly vicious campaigns against the best and most significant voices around (Allison Weir, George Galloway, Ken O’Keefe, Greta Berlin, Norman Finkelstein and many others.)

But, I think BDS is perhaps unintentionally serving its purpose- – it unites the Jews. Both Zionist and the so called ‘anti.’ It provokes the Jewish world to expose its might. It reminds the rest of us of what we are up against.

* When BDS realised that Soros is invested in SodaStream it didn’t call to boycott George Soros, it instead called Soros to withdraw his investment…