When we don’t exercise our bodies, our muscles become weak. When we do not exercise our minds, what has the potential to be a steel trap begins to rust and its springs lose snap.

Our conscience, which regulates our morality, also becomes rusty and weakens if not used. Ignore your conscience long enough and you might lose your soul.

A soul-less being has no empathy for others. Lose your empathy, and you’ll know you’ve lost your conscience, on the way to losing your soul.

My use of the word “empathy” here goes deeper than the concept of mere pity, as pity has a condescending connotation.

Empathizing with another does not, however, mean being a patsy, a pigeon, a doormat; one can practice “tough love” while being empathetic, as one would practice tough love on oneself.

Empathy, according to a dictionary, is a complete understanding, so intimate that the feelings, thoughts, and motives of one are readily comprehended by another. I believe we are all connected at a spiritual level but lose sight of that as we fall from spirituality by a loss of our empathy; a spirituality we can regain with a growing empathy for others.

The private cartel of International Monetary/Banking, that has long had a stranglehold on our country through its control of intelligence agencies, uses “our” government, and their mass media, to eradicate our empathetic impulses with their movies, mores, and morals, which desensitize us to violence, torture, and killing. Their TV shows and video games start the desensitization of our youth before our children reach their teens, all by design, none of it by mere happenstance, no more than a turtle found on a fence post happened by accident.

It’s a covert war for our souls, wherein we can witness – or in time even perform –  horrendous deeds without any objection from what was once our conscience.

There is, however, a “greater divide” in empathy, forming amongst mankind, and it is often war that  triggers that divide: Most still justify war and torture, while a growing minority of others are beginning to see national governments for what they really are – organized crime syndicates, masquerading under such pretenses as “national security” or “consumer protection.” 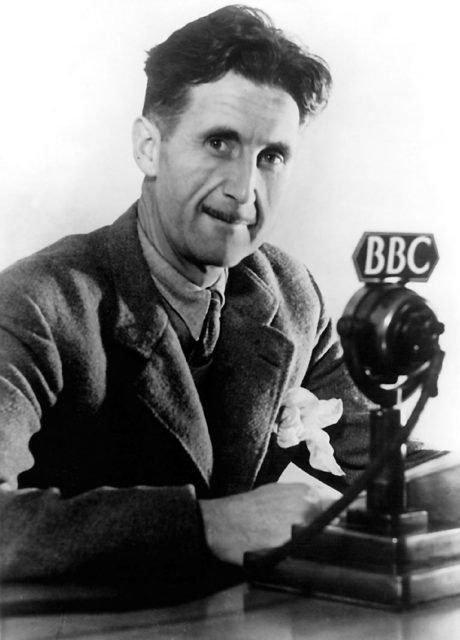 George Orwell wrote, “One of the most horrible features of war is that all the war-propaganda, all the screaming and lies and hatred, comes invariably from people who are not fighting.”

War is not a gentlemanly dual between nobles, satiated with honor; it is a license for the cowardly to commit a hundred million atrocities, while others do the suffering and dying.

An infantry soldier’s life in combat is hard and dangerous, and everything irritates combat soldiers – from their sergeants, to their platoon leaders, to their fellow soldiers. In such a frame of mind, blowing away an innocent civilian comes rather easy at times.

And once a combat soldier kills a defenseless non-combatant, he either likes it or feels remorse. If he likes it, he kills more non-combatants, many more. If he feels remorse, he’s still likely to kill more non-combatants to anesthetize or deaden his feelings of moral anguish for having initially killed an innocent human being. In either case, such wanton killing is encouraged by “command intention,” from above, for a variety of reasons; but mainly, it’s done to spread the contagion of universal madness: a soulless world without empathy.

And once a soldier kills enough old women and children, he has no more empathy for life; he’d shoot off the legs of a stray dog for kicks.

And soon, the mad soldier’s reality becomes a consensus reality that transmits to other soldiers; then the contagion spreads throughout the Middle East, and even hops broad oceans, until finally non-combat zones become insane themselves by a lack of empathy. 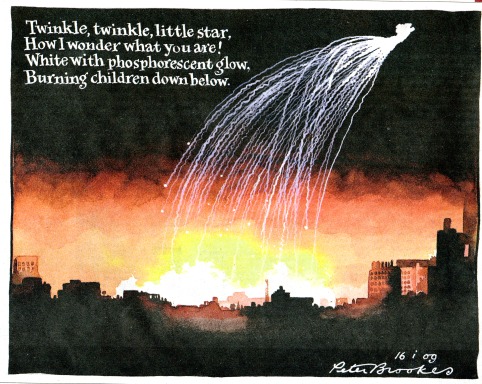 In such dehumanized societies, as in our conjectural ally of Israeli, citizens there justify burning alive Palestinian children with their long-time illegal white phosphorus bombs, while back home, Republicans still justify Bush’s torture and murder of about two million innocents in Afghanistan and Iraq.

Now, these same self-proclaimed patriots will justify, or even deny, all other governmental crimes as they are so heavily invested in them emotionally, with their lack of empathy.

A lack of empathy will blind a human being to justice, liberty, decency, and personal discernment, rendering them virtually soulless.

Wanna lose your soul? If so, support your national government – right or wrong.

Best to exercise your empathy by creatively waking up your war- or torture-supporting friends and family to the dangerous path they are treading.

The spirit of liberty is beautifully reflected by how well we respect the rights of others: Let no being ever be tortured, no matter the screaming justifications for such abuse from the dark hellions, who are trying to lead us toward oblivion.