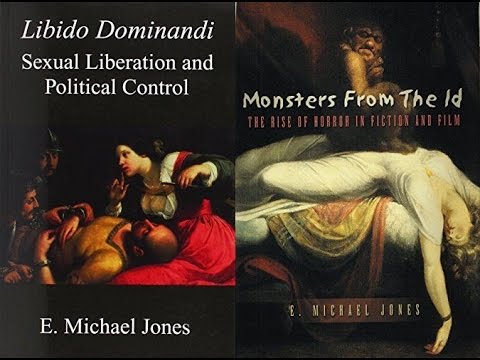 Last year, Russia Today published a graphic and disturbing article about what was happening in second grade in Norway.[1] I can assure you that the clip in the link provided here is quite disturbing. But keep in mind that it was being shown to second graders.

Parents, of course, were quite upset.[2] Jewish writer Brandy Zadrozny of the Daily Beast defended the program and added:

“With so much to gain, U.S. preteens, their parents, and schools alike could learn a thing or two from Jansrud’s unabashed take on the science of sex, which can be watched here in full (and with subtitles). Even evangelicals—the most vocal in the anti-education movement—could get behind Jansrud’s ultimate message: that sex is for procreation.”[3]

She’s got to be kidding. If she believes that sex is for procreation, why does the sex education program in America include killing babies in their mothers’ wombs? Shouldn’t she be writing articles against contraceptives?

In any event, Zadrozny simply cannot string two coherent thoughts together without falling into obvious contradiction. The simple fact is that human beings have been having sex since the dawn of civilization, and human beings have been doing fine without Line Jansrud and her producer Erling Normann. So, what is the big deal?

Well, NWO agents and Satanists want to corrupt young and impressionable children and indeed much of the world through sex manipulation. They want to turn young kids into sex toys and thereby enslaving them for the rest of their natural lives. If you need to understand the big picture, pick up a copy of E. Michael Jones’ Libido Dominani: Sexual Liberation and Political Control, and you’ll understand why the sex regime wants to dominate people in Norway, in the UK,[4] in Denmark, and indeed in the United States.

One professor by the name of Christian Graugaard at Aalborg University has even gone on record saying that Danish schools should show pornography to students so that they can become “critical consumers.”[5] Nothing could be further from the truth.

Did Ted Bundy, who was actually a lawyer, become a “critical consumer”?

What has Graugaard been smoking lately? Will he have the caliber to say that children should be able to see sex atrocities and child rape committed by ISIS as well?[6] Will he have the guts to show where “Girls are literally being stripped naked and examined in slave bazaar” by ISIS?[7] Which pornographic scene is he going to censor and on what grounds?[8] What are the parameters that he is using? One reporter declared that ISIS treated many girls and children “like cattle” and are

“categorized and shipped naked off to Dohuk or Mosul or other locations to be distributed among ISIL leadership and fighters. One of the victims was married off over 20 separate times and after each time was forced to get a surgery that would repair her virginity…

“ISIL has institutionalized sexual violence and the brutalization of women as a central aspect of their ideology and operations, using it as a tactic of terrorism to advance their key strategic objectives.”[9]

If Graugaard is too conservative to chew on that fact, then why can’t he pick up a copy of Euripides’ The Bacchae? Or why doesn’t he read Wilhelm Reich’s The Sexual Revolution and The Mass Psychology of Fascism? Didn’t Reich detail that the best way to subvert a culture is to disrupt the sexual order? Reich meant it when he postulated quite explicitly:

“The first prerequisite for healthier human and sexual relationships is the elimination of those moral concepts which base their demands on allegedly supernatural commands, on arbitrary human regulations, or simply on tradition…We do not want to see natural sexual attraction stamped as ‘sin,’ ‘sensuality’ fought as something low and beastly, and the ‘conquering of the flesh’ made the guiding principle of morality!”[10]

Yet because of people like Graugaard, the sex industry has trapped young men and women in Denmark. As a result, the revolutionary virus has created a moral vacuum in the culture.

“Denmark is among one of the world’s most porn-friendly countries. It lifted a ban on pornography in 1967. In 1969, it became the first country in the world to completely legalize pornography.

As E. Michael Jones argues quite forcefully, sexual liberation has always been a form of political control, and we continue to witness the effect of that thesis on the culture every year. One Muslim woman by the name of Nadyah Shah has figured it out. Her testimony is worth telling:

“I am a single Muslim woman living in the West, whose parents have passed on and I am eternally grateful to Mr. [E. Michael] Jones for explaining the use of sex as a weapon. The importance of my Mum having passed on is that I had nobody to explain these things to me.

“I do not think a woman (without a mother) would ever understand this subject except perhaps after she herself gets married. Years ago, a Muslim girl had been homeschooled by her father and sat and passed her Math’s GCSE at the age of nine. She was the youngest person to sit her GCSE.

“Shortly after this achievement, there were stories in the papers about how abusive her parents were by making her study. The government authorities removed her from her parents’ care. Ten years later she was photographed as a grown woman, in a women’s magazine wearing nothing but her underwear, showing off her figure. The headline of the article read, ‘I am the only prostitute I know, who has a GCSE.’

“She was 19. Her parents were bringing her up to be an academic or something like that. The govt turned her into a prostitute. Perhaps when she is in her 50s she will realise what has been done to her. Or perhaps it will be one of those fogs, that you never figure it, but you just know that something is not right. It is common knowledge now in Britain that the children’s homes run by government and charities are grooming centres for children to be sold to predators and groomed for the sex industry.

“Recently the Cameron government has taken in some Syrian children (likely orphans). I am terrifed for them. I hope when peace returns to Syria Assad arranges for the Syrian orphans to be returned to Syria, but who could have known or imagined this level of corruption? The govt now wants children eight years of age to be given sex education in schools. They never admit they are grooming them. Parents are fighting to stop this. From a Muslim to a Catholic, thank you for your work.”[12]

Nadyah Shah got a wake-up call after reading Jones’ Libido Dominandi, which I think is worth every piece of dime. Nadyah told me:

“I just read Libido Dominandi – and after reading it a lot of things that have happened in the past and are happening all around us in the present—in the news, in the movies, in the schools etc. just began to make sense and the other thing that I began to appreciate—which I guess all men know—is that these things are different for men. We, women I mean, keep being told that men and women feel the same about things. It just ain’t true!”

Indeed. It simply ain’t true. But Satanists continue to use the sex and film industry in order to darken the minds of millions. How else would they produce TV series such as Jessica Jones, Orange Is the New Black, etc.? If you think those episodes are accidental, then ask Jewish writer Jenji Kohan, creator of Orange Is the New Black. In response to the graphic sex scenes in the series, Kohan declared: “I want more fu$king, everywhere. That’s one of my things. It expresses everything.”

Eli Roth expressed the same sentiment back in 2013. When his Netflix series Hemlock Grove came out, Roth declared that the series would “’fu$k up an entire generation.”[13] The plot thickens. For Kohan and Roth, it is quite obvious that if an entire generation are not “fu$ked” through sexual perversion, then they are not going to be happy.

More importantly, is it possible that St. Paul was right all along by saying that people like Roth have categorically and metaphysically abandoned practical reason and ultimately Logos and are therefore “enemies of the whole human race”? In that sense, is it possible that Roth and his brethren are responsible for anti-Jewish reactions?

[8] If you don’t think that the Israelis are not involved in any of this, keep in mind that “ISIS Leader Al Baghdadi Dies in Israeli Hospital.”