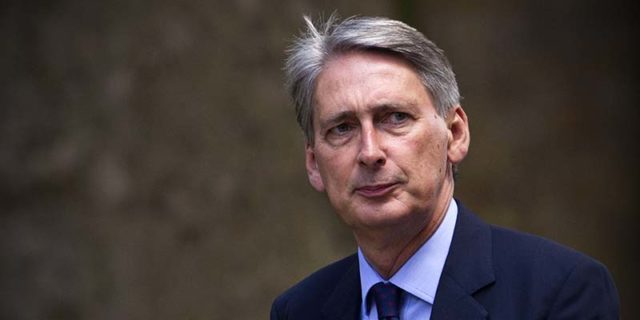 UK Foreign Secretary, Philip Hammond, has confirmed, in his new commits, that based on Peace and National Partnership Agreement, a political settlement is necessary. He has pointed out that Riyadh government does not have credibility and does not represent all Yemeni parties.

Since these statements can cause a shock between mercenaries, in other statements he tried to acquit the “forces of aggression” and to hit at the economic situation in order to impose foreign dictations on the Yemeni people.

While Riyadh Delegation is still refusing any way of resolving Yemen crisis and while alliance aggression led by Saudi Arabia is still struggling, Yemen is still suffering from a deadly war and Kuwait negotiations won’t end up with clear results and solutions. In this sensitive time, Philip Hammond, British Foreign Secretary, has launched new comments and expressed the crisis of the Saudi regime in Yemen.

After more than 14 months of the barbaric and savage aggression and the resistance of the people of Yemen, Army, and popular committees, Hammond realized the impossibility of a military solution. He has confirmed the need for a political solution according to the peace agreement and partnership in a way that exposes the contradictory policy of these states and its desire to aggravate the situation to serve their interests.

Without informing the mercenaries who have broken the peace and partnership agreement in response to Saudi Arabia commands, Hammond has confirmed that returning to the peace and partnership agreement is necessary to avoid any further military operations in Yemen, adding that Riyadh government does not have credibility and does not represent all Yemeni parties.

However, Hammond repeated the warning of economic collapse in order to impose foreign dictations on the Yemeni people, it is so obvious to understand that he is trying to acquit the forces of aggression of murders and destruction in Yemen over the past months, which Britain is considered as one of the most important pillars, without taking attention that Yemeni people become more aware and knowledgeable to understand the exact meaning of these announcements and attitudes.