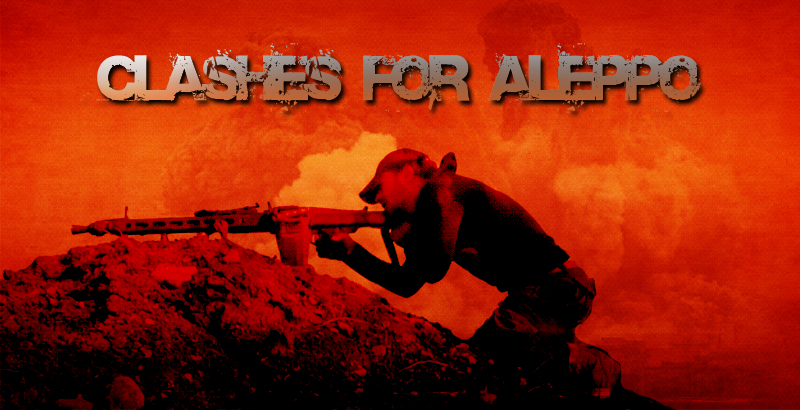 Thursday, June 9 proved to be a trying day for combat ground forces around Aleppo. Syrian Arab Army (SAA) units and anti-government forces, including the Faylaq Al-Sham, or the so-called ‘Sham Legion’ engaged each other in multiple fronts in villages around Aleppo.

In northern Aleppo, pro-government Tiger Forces, National Defense Forces and Liwa al-Quds were reported to have stormed Mallah Farms in an attempt to wrest control from the anti-government Sham Legion. The assault ultimately failed, and there have been a reported 15 deaths on the pro-government side.

The Sham Legion reported a number of victories with video evidence, including TOW missile attacks in Khalasah, southern Aleppo, which destroyed SAA armor and anti-aircraft units. The SAA also suffered the loss of a missile team of their own when the so-called “Free Syrian Army” (FSA) forces attacked a 9M113 Konkurs team with a TOW missile.

Jaysh al-Fatah briefly reported the capture of Zaytan, a village in southern Aleppo. However, pro-militant pages have admitted that Jaysh al-Fatah had to retreat from Zaytan.

The Syrian Democratic Forces, supported by US-led coalition warplanes, cut off the least major ISIS supply line to in the area of Manbij: the Al-Bab-Manbij highway. Meanwhile, the QareQowzaq bridge has been repaired . Now it allows to send more reinforcements and suppliies to SDF units, battling for Manbij.