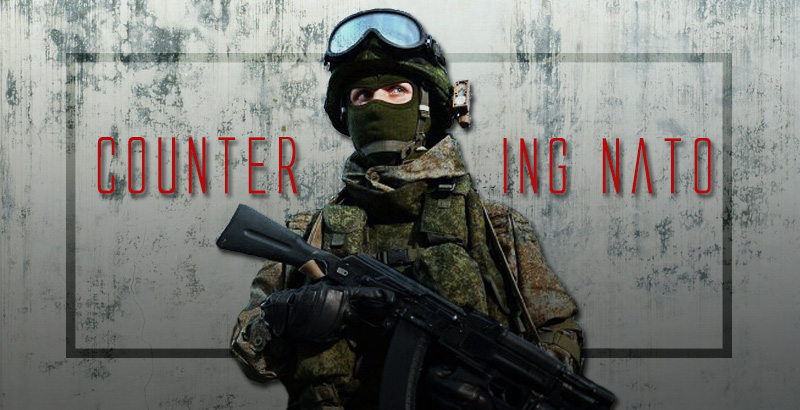 The Russian military involvement in assistance of the government of Syria had led to a sharp deterioration of relations between Russia and Turkey, which until recently had been seen as if not an ally then at least a solid partner.

While the reasons for Turkish president Erdogan’s betrayal of trust with Russia are still not fully known, this unexpected turn of events had instantly elevated the importance of the Russian military contingent in Armenia, a country which is not only tied to Russia by a range of collective security treaties but also shares a long border with Turkey, which is after all a member of NATO, as well as with Azerbaijan and Georgia, both of which have been building their ties to NATO in recent years.

This means that Armenia is the Transcaucasus equivalent of Belarus–a buffer state between the suddenly hostile NATO and Russia. Any escalation of the Russia-NATO differences of opinion over the future of Syria would necessarily involve the Russian forces already stationed there, plus whatever reinforcements could be sent to the area.

The presence of Russian forces in Armenia is also significant for the reason of the still unresolved Armenia-Azerbaijan conflict over the future of Nagorno-Karabakh. Given Armenia’s geographic importance and its political and military alignment with Russia through the Collective Security Treat Organization and the Eurasian Economic Union, one also has to keep in mind that Armenia represents a tempting “color revolution” target. For that reason, Russian troops stationed there can rightly consider themselves to be part of a frontline deployment.

The permanent contingent of Russian forces in that country centers around the 102nd Military Base near the city of Gyumri, with Russian troops enjoying basing rights there thanks to a bilateral Russia-Armenia agreement until 2044. The 102nd Base was established on the basis of the 127th Motorized Rifle Division that was based in Gyumri.

Its equipment strength includes 74 Main Battle Tanks, nearly 200 BTRs and BMPs, as well as artillery systems including long-range Smerch MRLs, which is equivalent to a reduced-strength motorized rifle division of three motorized rifle regiments (each with one tank company) plus a separate tank battalion, consistent with the number of 4500 Russian soldiers stationed at Gyumri.

The 102nd is not the only such formation in existence–the 201st Military Base in Tajikistan that is intended to help maintain security in Central Asia also as part of the Collective Security Treaty Organization, has roughly similar organization and strength.

However, while the 201st only needs to worry about Taliban, Al Qaeda, and, now also ISIS infiltration from Afghanistan, the 102nd is based in close proximity to a NATO state which necessitates protection against air attack. That protection is provided by the 988th Air Defense Missile Regiment with S-300 and Buk-M systems and a flight of MiG-29SMT fighters based at the nearby Erebuni airfield which recently also received 18 Mi-24 and Mi-8 helicopters.

Rounding off the 13 thousand strong Russian contingent in Armenia are the 4.5 thousand FSB Border Guards based at Gyumri, Armavir, Artashat, and Megri.

This force serves a number of peacetime functions. It extends Russian conventional deterrence umbrella over Armenia against any external attempts to violate Armenia’s sovereignty. It helps integrate Armenia into the CSTO, with Russian troops serving as military trainers and advisors in a fashion similar to the role their counterparts played in Syria. Indeed, Russian and Armenian forces hold frequent joint military exercises to hone their interoperability.

Should the situation deteriorate, the 102nd’s organization and strength make it suitable to wage a low intensity counter-insurgency campaign against well organized “foreign fighters” and, in the event of a major military threat to Armenia, it is sufficiently powerful to screen Armenia’s borders until reinforcements could be sent, while bombarding key enemy sites with Iskander-M missiles.

Even though Armenia does not share a border with Russia, it does have one with Iran, whose close security relationship with Russia shows no signs of weakening which means that, should the worst come to worst, Iranian airspace could be used to reinforce Armenia.

Current Russian national security plans foresee the Russian force grouping in Armenia to be increased, as part of the overall enhancement of the role of CSTO in guaranteeing regional security and in response to increased NATO activity in the region. What happens next is really up to the West. Should it insist on continuing the course toward confrontation, Russian forces in Armenia could greatly complicate its strategic calculations.