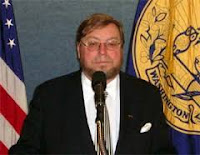 First half-hour: Did former NSA officer turned whistleblowing journalist Wayne Madsen just knock Ted Cruz out of the presidential race? Wayne published photos showing Cruz’s father Rafael with Lee Harvey Oswald and InfoWars picked up the story; the National Enquirer  put it in every supermarket in America; and suddenly Cruz, who had been expected to go the distance and fight for a brokered convention, changed his mind and dropped out of the race.

In this interview, Wayne discusses Rafael Cruz’s likely role in the JFK assassination, as well as many other crimes of the deep state including pervasive election fraud; and opines that Trump is a wild card who could conceivably bust many of the bad guys and change the system for the better.

Second half-hour: Isa Hodge, host of “A Muslim and a Catholic Wake Up in ‘Merica,” disagrees. He thinks Trump is a blowhard buffoon, a calculated distraction, “an organ-grinder’s monkey” whose real role is to shill for Hillary Clinton and put her – and behind her the criminal deep state and other powers-that-be – in the White House.
Isa, a libertarian Muslim, also voices support for Will Coley, the first American Muslim to run for Vice President of the United States. (We hope to interview Will soon.)