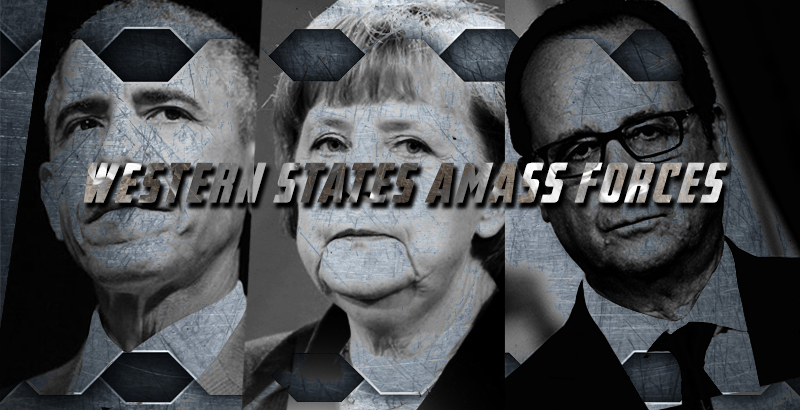 Around 100 heavily armed Al-Nusra fighters were spotted arriving in the border region between Syria and Turkey, the Russian Center for Syrian Reconciliation reported, citing sources in Kbana, a village in the Latakia province. The terrorists’ reinforcements came amid the Syrian Arab Army advances in the province. The government forces have captured the village of Ayn Issa and made attempts to take control of several high points that overlook the militant stronghold of Kbana: Ruwysat al-Joz, the Zyiqat mountain and hill 1112. If the SAA is able to seize the control of these strategic high points, the liberation is a matter of time.

Heavy clashes erupted in South Aleppo last night when Al Nusra and allied Jihadist groups seized from pro-government forces the village of Zeitan. Following a series of heavy firefights, the loyalists were able to re-take this village. Separately, heavy clashes were in Khalsah. Iranian Islamic Revolutionary Guard Corps were participating in the clashes against Jihadists there.

Rumors are growing that Germany is set to deploy special operation forces in Northern Syria in order to assist the predominantly Kurdish Syrian Democratic Forces that has laid a siege on the strategic ISIS-controlled city of Manbij. Reports look realistic amid a series of deployments by different Western states.

The US built a base in an abandoned airport in the Syrian Kurdish region Hasakah in 2015 and American troops have been participating in clashes against ISIS near Manbij since May 2016. France’s Defense Ministry admitted the presence of its special forces on the ground in Syria on June 9. French troops have reportedly built a military base near the city of Kobane and are participating in clashes with ISIS along with SDF and US units. Meanwhile, UK special forces operating on the front line alongside rebels in Syria near the Jordanian border. They participate in direct clashes, provide training and manage of the opposition group, called “New Syrian Army.”

Thus, it’s confirmed that 3 Western states have deployed forces in Syria and the one is under the question. All these forces have been deployed and now they operate in the Arab country without any request or authorization from the Syrian government. Such situation could easily lead to a partial occupation of the Arab country when the anti-ISIS operations are finished.